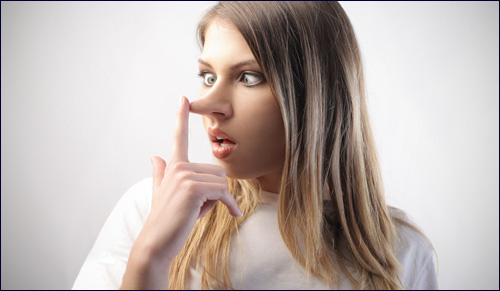 Is it okay to lie in order to not hurt someone’s feelings?

My sister-in-law had an interesting experience. Some friends of hers invited her to join them for a meal in a restaurant and they specifically told her that another woman, let’s call her Alice, is not invited. Sure enough, Alice called her and wanted to go out with her at that time. To spare her feelings, my sister-in-law said she was staying home. Was telling that "white lie" the right response? Afterwards Alice mentioned to an acquaintance that my sister-in-law was staying home at that time. "What are you talking about?" she said. “She's going to a restaurant with some friends." So the lie didn't even work! But what is the correct response?

Trying to be Sensitive

Dear Trying to be Sensitive,

I applaud your efforts and your sister-in-law’s efforts to be sensitive to the feelings of all of her friends and acquaintances. Although you should always consult a Rabbi to confirm Jewish law, my understanding is that it is permissible to tell a “white lie” to keep the peace, to spare the feelings of the friend who called.

Better than a lie however, would be a vague form of the truth. “I’m sorry, I already have plans. Perhaps we can put something on our calendars for another time” would be preferable to pretending to stay home.

Your sister-in-law’s little deception didn’t work because all her friends aren’t as sensitive as she is. If they were, the acquaintance wouldn’t have blurted out the information that your sister-in-law was actually going out. It was really not her place to do so and she needs to learn to be careful about her speech.

It’s very difficult to constantly take other people’s feelings and sensitivities into account. It is easy to be careless or, even with the best intentions, to miss something. But we still need to try. We shouldn’t try to carpool to an event unless we know that other party is definitely invited. The same applies for sharing a gift or even discussing your plans. Or posting a picture of you and your friends at dinner on your Facebook page.

Yes, like the prohibition against gossip, this puts a crimp in our conversations but it’s better to be less chatty and witty and not hurt someone’s feelings than to have a sparkling dialogue where people walk away in pain. In every situation, we can only be responsible for what comes out of our mouths. We can only try our best to be sensitive to others and to behave the way we would like to be treated. If we are on the receiving end of some insensitive behavior, then we need to try to judge favorably and have realistic expectations about life’s social arrangements and the state of my friendships (see the next letter).

I can’t always be invited and I can’t always invite them. If a good friend is insensitive or hurts our feelings, we can discuss it with them. If an acquaintance does, we should adjust our expectations and move on. You can’t legislate or mandate friendships but the Torah does dictate sensitivity and kindness and commands that we make every effort to avoid causing pain with our words.

Not Invited to Wedding and Hurt

Two of my acquaintances married off their children recently. They are not close friends but we’re definitely good acquaintances and we were always invited to their previous weddings. The practice where we live is to invite everyone unless it's a very small affair, which was not the case here. So you can imagine my surprise one afternoon when I saw the bride and groom delivering three invitations to our building and they were all for our neighbors! I assumed ours would come later. It didn't.

I went through all the emotions, maybe they had to cut down (that definitely wasn't the case), maybe they lost our invite in the car, maybe they forgot etc... My disappointment turned to sadness and then hurt that we got left out. Seems like everyone was invited to this wedding, even people that hardly know them! I wanted to see the bride getting married! I was on good terms with both mothers and the groom has a brother who often comes to our home for Shabbos.

When I saw the bride’s mother I dropped a hint about the wedding. I saw the groom's mother at an event and she said she was waiting for us to go to her Simcha! I wanted to say that I wasn't invited but didn't have the courage! I prayed that it should go well with health and blessing and to remove any negative feelings in my heart. I saw the groom’s mother after the event and mentioned that I heard from my boys that it was beautiful. I was waiting her to ask why I didn't go but she didn't.

It's over now but I'm not at peace and don't know how to resolve this in my heart. I'm finding it hard to let it go.

This is hard. It sounds like you are from a small town and it seems hurtful and unnecessary to have left you out. And yet, you yourself acknowledge that you are not close. While it may seem on the surface that “everyone” was invited and that money is no object, neither is probably true. They probably had a financial limit. They probably had a space limit. Each side had its list of people they were close to and each side probably had to do some cutting. Even though you were invited to their previous weddings, it’s possible that, having made two earlier weddings, they don’t have the same financial resources and that they have had to cut back. It’s possible that your relationship with them has changed ever so slightly over time or that there are new people with whom they have developed deeper and closer relationships.

No one wants to feel left out and I totally empathize but I also understand how complicated it is to make a wedding – how many issues there are with numbers and money and in-laws and on and on. I would assume that they did their best and that since you are not close friends, you didn’t make the (very complicated) cut.

I would keep working on wishing them well; you will see, please God, when your own children get married that it was not a simple thing and I think your both your understanding and your ability to let go will be strengthened. Sometimes when we are hurt, it is worthwhile to confront the host. If you had told me that you considered yourself a close friend and you were excluded, then I would recommend telling the bride’s or groom’s mother (whichever one you were close with) how you feel. You don’t want to lose a friendship and it’s possible in a case like that that something happened to the invitation. I would do that in a situation where I was confident of our friendship and knew that I was being invited. Since that is not the case here, I think that there is nothing for you to say to them. You had expectations based on past experiences that were not grounded in the current reality and you need to move on. It’s just not worth any additional frustration and pain.

It’s never bad to know who your friends are and aren’t and to be realistic about when to expect an invitation and when not to. Your challenge is to move on and be gracious. Really, what other choice to do you have?

One Drink Too Many: My Journey to Letting Go of Alcohol, Finding Freedom and Choosing Happiness
Take Two: Why Pesach Sheini is Significant to Our Family
Why Really Everyone Believes in Free Will
Who was Two-Gun Cohen?
Should Jews Support Ukraine?
The Jews of Cuba
Comments
MOST POPULAR IN Dear Emuna
Our privacy policy