A Memorial for Steven Sotloff 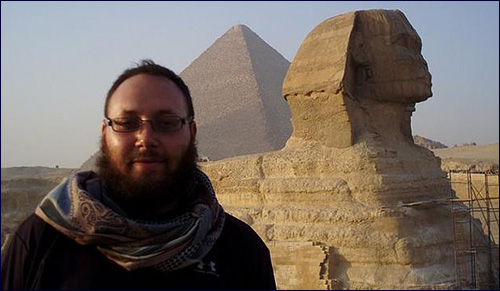 Even though the Islamic terrorists tried to get people to convert, Steven did not.

That was the least I could do for Steven Sotloff, a Jewish American journalist who was beheaded by Isis in early September. Some are saying now that his and James Foley’s barbaric killings are the pivotal actions that have propelled the United States into finally deciding to be pro-active and go after Isis. It is these acts of savagery, committed upon Americans, that has galvanized the American people into pressuring the President to act.

Young Israel of North Beverly Hills recently held a Memorial Service for Steven Sotloff. Their Rabbi, Rabbi Pini Dunner was instrumental in deciding to put on this memorial on September 11 of this year at their Shul. There were speakers and YINB’s cantor and choir sang. There was a memorial candle for the victims of 9/11 and for Steven. The American National Anthem was sung as well as Hatikva. The Beverly Hills Mayor, Lili Bosse spoke as well as Rabbi Marvin Hier. In addition the founders of Steven’s former news agency, Felice and Michael Friedson (The Media Line) also spoke. And Dr. Daryl Temkin had the daunting task of making all the introductions during the evening. I say daunting because we in the audience were all thinking just how horrible this whole situation was. The captivity, the killing, the savagery, the sadness.

But the moments that made us all silently gasp was when Steven Sotloff’s father, Art Sotloff, who lives in Miami, was interviewed on Skype by Felice Friedson. We saw Art Sotloff on a big screen, in such terrible pain that you almost had to look away. Felice Friedson asked him a series of questions. Mr. Sotloff talked about how even as a small boy Steven wanted to travel the world. He wanted to see the pyramids and travel to new and different places. However, when she started to ask about rumors on the internet, i.e. if Steven had converted to Islam, Art Sotloff could not continue. Felice realized her error and asked about Steven’s time in confinement and what his future legacy might be.

Art Sotloff halted. He did not cry. But you could see that it was taking everything he had not to. He said to the interviewer, “I cannot do this. It’s too soon. This just happened. It’s too soon.” Mr. Sotloff then got up from the table where he was sitting and went out of the view of the camera. The interviewer was not prepared for this; she made a mistake. She is a journalist who wanted to interview him. And he is a father in mourning who wished to be part of a Memorial Service.

Steven’s journalism friend was also in the same room as Mr. Sotloff. This friend had known Steven for decades and was involved in this last year of negotiations, seeking the whereabouts and release of Steven. And so we watched and listened as a very somber, sad friend spoke to the camera. He explained that even though the Islamic monsters tried to get people to convert, Steven did not. He said that those trying to get Steven released thought that they would be successful. That this would be a ‘Hollywood movie’ with a happy ending. “But,” he added, “it was not to be.”

Rabbi Hier spoke and was deliberate and strident. I am paraphrasing here, but he again spoke about that which we all know to be true. We need to be aware of the evil in our midst and eradicate it. We value life. Our God teaches us to value life; they value death.

Rabbi Dunner concluded by saying that he realized that most of those in the audience live in Beverly Hills and live a lovely life. “But,” he added, “it is a mirage.” He continued on this theme and added that it was just like it was for the Jews in Germany. They also lived in beautiful homes and had what they thought were safe and civilized lives. He knew this because it was his parents and grandparents who lived in Germany then.

We mourn a young man, son and friend who was trying to give the world through his news stories the truth about good and evil and how that is playing out in the Middle East. And how that can affect us way over here in “safe” America. A man whose name was not known last month may just be (along with James Foley) the man who puts the civilized world back on the right path to do its duty.

The audience sat through two hours of this tribute to Steven Sotloff, bearing witness to what evil can do to a family, what immense sorrow it can wreck in its wake. It was said that the State Department essentially left the family high and dry. Our government offered very little in the way of contact or consolation. The Sotloff family has gone through its savings trying to free Steven.

It is up to the Jewish community to fill the gap. That is who we are and that is what we do. So as you sit there reading this what are you going to do? Yes, you can give a donation to the Steven Sotloff Journalism Fund (through The Media Line-1325 Ave. of the Americas, 27th fl. New York, N.Y. 10019). And that would be special.

And in memory of Steven, take on one small act as Rosh Hashanah approaches. Decide to pledge a little charity every week. Go visit a sick friend. Volunteer your time. Read one chapter of Psalms. Do these mitzvot because you are a Jew. And then write to The Media Line saying that you are going to do this. If The Media Line can present the Sotloff Family with a very long list of mitzvot that Jews all over the country are going to do in Steven’s memory, perhaps on some small level they will be comforted. May Steven’s memory be for a blessing.