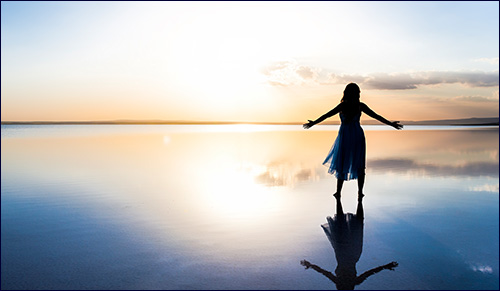 With her indomitable fighting spirit, Daffy Friedman battled cancer and changed her life.

Dr. Deborah Friedman, a rehabilitation physician in Minneapolis, recently marked a personal anniversary, as she does each year, by taking a moment to thank God, her family, her friends and several organizations that helped her reach a milestone 14 years ago – the remission of her cancer that was diagnosed in 2001. “I think about how wonderful it is to be healthy,” she says, “and I think of all the people suffering with cancer and other illnesses and I pray that they too become survivors.” 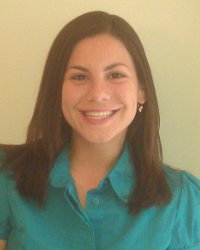 Deborah’s continued health, her ability to complete medical school, her opportunity to work in the profession she chose after becoming ill, all confirm how far she has come.

So does her hair, which has grown back in for the fourth time.

A fashion statement for many women, Deborah’s is a statement of survival.

At 18 in early 2001, a sophomore at Baruch College in Manhattan, a poet and artist, the youngest of five daughters in a Modern Orthodox family in Brooklyn’s Borough Park neighborhood, she planned a career in a helping profession – physical therapist, nurse practitioner, or, as a longtime animal lover, a veterinarian.

Then she ran a high temperature for a few days. She noticed a rash on her arms and legs. The flu, she thought.

A blood test found that she had an advanced case of acute lymphoblastic leukemia (ALL), a form of the cancer that begins in the bone marrow. Had they discovered the leukemia a week later, doctors told her, she probably would have died.

“I started to cry” – for a minute, Deborah says. “I went through all the stages of grief in a minute or two.”

Then her survival instinct, and her high school and college background as a volunteer at a Brooklyn hospital, kicked in. Deborah – “Daffy” to her friends, an acronym for Deborah Abigail Friedman – and her parents started to coordinate her treatment, which was likely to include a regimen of chemotherapy.

“I thought I was going to die,” Deborah says. Everyone with leukemia whose stories she knew, including an uncle who had died before she was born, had succumbed.

And Deborah had another thought: “I am going to lose my hair.”

Deborah’s physician, Dr. Aaron Rausen of NYU Medical Center, who started treating her a few days after he had undergone s painful back surgery, because “he heard that an 18-year-old Jewish girl was diagnosed with leukemia,” gave her “good news.” He told her that ALL is a “good” type of leukemia, with an 85 percent survival rate for young people.

Chemo began. First, Deborah had her mother shave off most of her hair, to gradually get used to an inevitable bald head.

Deborah spent several weeks in the hospital, helped physically and spiritually by individuals and institutions in the Orthodox community. Her name went on several Tehillim lists of people who recite Psalms for the infirm.

While she was ill, women volunteers from a Satmar chasidic organization brought daily homemade kosher meals that were a godsend to her when she had an appetite and to her visitors when she didn’t, volunteers from the Chai Lifeline organization drove her to medical appointments, and friends of the Friedmans tried to take a load off the family.

If my ancestors survived all that, certainly I can handle a little cancer.

The acts of kindness “brought me closer to my family and my community,” the center of her Jewish identity. Petite, with an ever-present grin, she shows no sign of a bout with a potentially deadly foe.

“Judaism has always been how I find my strength through any hardship, especially cancer,” Deborah says. “I think of our ancestors and everything they endured to protect our people and our faith, and I feel strong. I think of all the times the Jewish people were kicked out of countries, murdered, persecuted, and I feel strong. If my ancestors survived all that, certainly I can handle a little cancer. Tapping into that helped me survive.”

Deborah’s first chemo was a success. She was pronounced in remission within two weeks. But the chemo, which lasted two years, to ensure that it removed any evidence of the disease, was grueling and weakened her. Nevertheless, Deborah remained enrolled in college, taking one course at home during her first semester of illness, returning to school for the rest of her classes. She finished in 3 years, with a near-A average.

Cancer changed Deborah’s career trajectory – to medicine, either a Ph.D. in medical research or a medical degree. “I wanted to cure cancer, or treat people who have cancer. I wanted to give back.” On Dr. Rausen’s urging, she decided to become a physician.

Surviving cancer, completing college despite chemo, turned out to be a hidden blessing. “It motivated me to work harder,” Deborah says. “In a weird way, cancer gave me a lot of confidence.” Confidence that she could handle a medical curriculum. “Before that, I didn’t think I was smart enough.”

“Israel, surrounded by so much hate, winning every war, enduring as a haven for Jews everywhere, has always been an inspiration to me,” she says. “That was partly why I decided to run off to med school there just four months after finishing chemo. Somehow I thought it would protect me from the cancer returning. Not very scientific, but it worked!”

At Sackler Deborah met her husband, Ryan Shapin, a fellow medical student. Now they’re working in Minneapolis, where Deborah is a rehabilitation physician, a specialty she loves. Sometimes she treats patients with cancer. Away from the job, she’s a board member of the Darchei Noam synagogue.

Deborah’s hair has grown back. Several times. Now she donates it, instead of blood (a leukemia history rules that out).

When chemo claimed her hair, she got a pair of wigs – one at a shaitelmacher (wig maker) in Brooklyn’s Flatbush neighborhood, most of whose clients included young women like her day school classmates who had already gotten married.

Deborah’s hair first reached shoulder length again while she was in medical school, in 2005. She had it cut, near the 2-year anniversary of the end of her chemo, donating her locks – and both wigs – to Zichron Menachem, an Israeli organization in that helps children with cancer.

Two years later, and two years after that, in her medical residency in Buffalo, she had her re-grown hair cut again, donating it to the Locks of Love Organization.

A few years later, in Minneapolis, she had her hair cut again, giving it that time to the Beautiful Lengths program of the Pantene shampoo manufacturer.

Now her hair is getting longer again. Donations need to be at least ten inches. “It’s not long enough yet – it may take another year – but I’m looking forward to donating it again.”

The KKK, Dr. King and a Kumzits

Chanukah Lights Dancing
The Promise Of The Land
Which Chat Are You On?: Parshas Behar/Lag Ba’Omer
Do You Like Slow-Cooked Food? Thank the Jews
Comments