A Hate Incident in LA 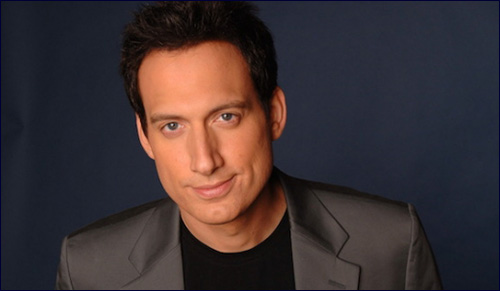 An Arab yelled at me, my wife and our four kids: “I hope your children die! Just like you’re killing children in Gaza!”

Last Friday night, instead of having my usual guests for a festive Friday night dinner in my home, I had three compassionate Los Angeles Police Department officers standing in my kitchen explaining the difference between a “hate crime” and a “hate incident.” My family was the victim of the latter.

We were walking home in Los Angeles after a Friday night dinner at a friend’s house, dressed nicely for Shabbat, easily identifiable as a Jewish family. We waited for a light to change on a corner of a major intersection when a black Mercedes SUV pulled up alongside us. Four Middle-Eastern men in their 20s were in the car. The one in the back rolled down his window and yelled, “Free Palestine!”

I immediately turned to face them, knowing I was in danger, remembering the rabbi who was gunned down in Miami on his way to synagogue. This was the beginning of either a hate crime or a hate incident, but either way, hate was coming our way. We all know too well that “Free Palestine” means free Palestine from every Jew. As they chant “Free Palestine, from the river to the sea,” that doesn’t mean they want a two-state solution — they want Hitler’s Final Solution and a Jew-free Middle East.

We all stood silently in utter horror and fear.

Then this Arab young man opened the car door, stepped onto the street and yelled at me, my wife and four young children: “I hope your children die! Just like you are killing children in Gaza!”

We all stood silently in utter horror and fear.

Then he got back in the Mercedes and they drove off. We were in a state of complete shock. My 10-year-old daughter immediately started crying and couldn’t stop. She kept yelling, “I’m scared.” My 5-year-old daughter asked me why they want her to die. My other kids were too rattled to say anything.

I was stunned that I can no longer feel safe walking on Shabbat with my family in my city. I kept reading about all the anti-Semitism all over Europe, but here in these United States? That my innocent children had to be exposed to this level of anti-Semitism has shaken me to my core. These people weren’t just yelling “Jew bastard” as I’d experienced growing up in the Bronx; they were wishing my children dead, right to their angelic faces. This was beyond appalling.

I couldn’t believe that they were filled with such hatred and ignorance, and that someone could go as far as wishing my children dead and blaming me for the death of children in Gaza. Me?! I’ve been killing children in Gaza? I’m a comedian. The only killing I’m personally responsible for is the killing of the audiences I’ve performed for. And the only “bombing” I’m guilty of are those rare sets where I don’t quite connect with the crowd.

Like any good, moral person, I hate to see death and destruction anywhere. As we are taught in Proverbs, “Do not rejoice when your enemy falls, and do not let your heart be glad when he stumbles.” I would have loved to have shared with them that I’m against war and the loss of innocent life. But they didn’t want to hear it. They wanted to spew hatred. I would’ve gladly had an intellectual discussion with them about the fact that all of humanity should join together against terrorists like Hamas and ISIS (Islamic State in Iraq and Syria), who are slaughtering innocents, but they didn’t want to listen.

I would’ve been happy to debate them on the fact that Israel has a right to defend itself against a terrorist group who is firing a barrage of rockets at every citizen. Or that had Hamas accepted the first cease-fire, no children in Gaza would’ve been killed. Or about their firing from hospitals and schools and other densely populated areas in order to get the civilian casualty numbers higher, gaining Israel worldwide condemnation. That the leaders of Israel have called every innocent civilian death “a great tragedy,” while the leaders of Hamas consider every innocent civilian death “a great victory.”

Or that Gaza is no longer “occupied.” Or the fact that the definition of the word “occupation” doesn’t apply to a country that won land in defensive wars. Wars that were attempts at the total annihilation of Israel. Wars that were thrust upon them before any “blockades” or “settlements” or “occupation” or any of the other made-up words that are now used to justify killing Jews. Or that much of the suffering of the Palestinian people is a direct result of their elected leadership, just as the suffering of Arabs in most Middle-Eastern countries is at the hands of their oppressive regimes. That the Arabs who enjoy real freedom, including freedom to worship any sect of any religion, freedom to speak their minds, freedom to be gay, are the Israeli-Arabs living in Israel. Or simply educate them on the 3,000-year history of our people in our tiny homeland and our willingness and desire to live in peace with our Arab neighbors.

But they didn’t want a debate. They just wanted to hate. They wanted to terrorize my family and they did. But as I explained to my crying and visibly shaken kids as we walked home, “They said they wanted us dead — now imagine living in Israel where every day they don’t just say it, they actually attempt to kill all of the Israeli children, and tragically just today they murdered a 4-year-old Israeli boy with a Hamas rocket.” Not the most comforting words to young, rattled children, but now that their innocence was shattered, I felt that it was important for them to understand the reality of the world they are living in.

The LAPD officers who were dispatched to my house were extremely kind and compassionate. In fact, the first officer who showed up was Jewish and very comforting to my children. I, too, was comforted by him and by the knowledge that there were Jewish men and women protecting the citizens of Los Angeles. (At least more than the one Jewish officer I heard about in Malibu, at whom Mel Gibson directed his anti-Semitic tirade.) This officer really put my kids at ease and told them not to be scared. It also didn’t hurt that he told us that he and his wife enjoyed my work, especially when I’ve hosted the Chabad Telethon.

Then two more officers showed up to take the report. It was explained to us that it would’ve been a hate crime if they had said they were going to kill us, instead of merely hoping we got killed, which makes it a hate incident. Try explaining that differentiation to a 10-year-old girl who was just told to die.

My kids know the harsh reality that just because they were born into a Jewish family they’re subject to death threats.

I feel so sad that my children’s innocence was lost at that very moment. That they were unwillingly and instantaneously initiated into the “We Hate You Because of WHAT You Are” club. That they now know the harsh reality that just because they were born into a Jewish family they are targets and subject to death threats. That they can be blamed and scapegoated for things they have nothing to do with. That they are hated.

I can write a 50-page piece about where all the hatred comes from. There are too many reasons to point fingers at. The media, (I’m talking to you CNN, The New York Times, etc.), who instead of reporting on every single rocket fired into Israel, chooses to focus on every civilian casualty of this war, instigated and perpetuated by Hamas. Constantly providing the numbers of the dead, instead of the number, 11, which is the number of cease-fires Hamas has broken, thereby causing all of this death and destruction. Repeatedly displaying images of dead civilians without any of the context that many of the dead are terrorists and that any real civilian casualties were victims of Hamas’ double war crimes of firing rockets at innocent civilians while using their innocent civilians as human shields. Or that a number of casualties include civilians who were killed by errant Hamas rockets.

This is what fuels the fire and allows people to think they now have the right to wish death upon my children.

I can blame my fellow “comedian” Russell Brand who has the audacity to say that Hamas is firing “harmless’ rockets. Harmless?! Tell that to the family of the 4-year-old Israeli boy who was murdered by a “harmless” Hamas rocket.

The world is buying into this propaganda. They’re allowing the terrorists to win this media intifada. They are actually listening to celebrities like Javier Bardem and Roger Waters using the word “genocide” to describe Israel’s actions toward the Palestinian people, when the only genocide occurring in the Middle East is by folks in the Bashar Assad regime, which murdered 170,000 innocents, or in ISIS, which is murdering innocent Christians and others who are not of their beliefs. Oh yeah, and the attempted genocide of every Jew in Israel, a genocide that is codified in Hamas’ very own charter, one that has been stopped thanks to the Iron Dome and the destruction of the terror tunnels, which were built for an actual genocide.

I can go on and on about how all of the pro-Palestinian rallies have signs that say “Death to Jews” and praise Hitler, and why Jews everywhere are now targets of hate crimes, hate incidents, vandalism and murder. I could … but I have jokes to write. Because I’m trying to make the world a better place with laughter. Sadly, we now live in a world full of people who love to hate, more than they love to laugh.

This article originally appeared in the Jewish Journal

Elon Gold is a comedian and actor who has appeared on The Tonight Show 10 times, starred in the FOX sitcom "Stacked" and has a stand-up special out on Netflix. Follow him on Twitter: @elongold.

Israel Spiritual Symposium: What Are We Dying For For?

So What if She's Older than Me?
Deep Breaths
What Happened to the Truth?
The Japanese Everything Bagel Spice Recipe
Comments
MOST POPULAR IN Israel
Our privacy policy