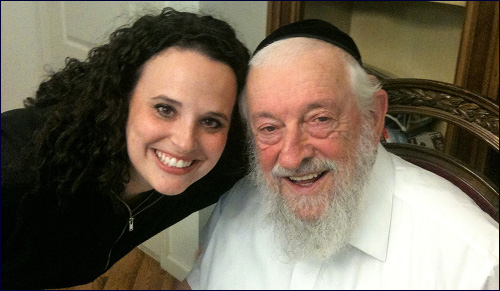 From beggars and millionaires to Kabbalists and cynics, everyone was captured by my grandfather’s warmth.

My grandfather forbade me from writing about him so I didn’t.

He was afraid of courting the Evil Eye but I thought his stories needed to be told. I asked him again and again. He said, “Mamala, you can write about me when I’m dead,” and then he laughed.

I said, “Zaidy, when you’re dead I’ll be too sad to write anything at all.”

Time may heal wounds but it also blurs and fades the edges of memory. I know that in the future I will try to explain my grandfather to people who’ve never met him. I will say the things that are true. He had a booming laugh, a wide smile, a way of making everyone feel special. He had a big nose and big hands and a big heart. He had a deep voice, a white beard, a love of singing. He was a hasid, he was an orphan, he was a patriarch. And the people will nod and smile and I will know that they didn’t understand anything about him at all. 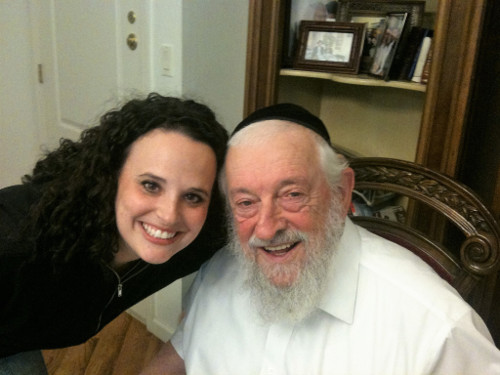 My grandfather said “Hallo!” like it was two words. Like his joy at seeing you was so great that it couldn’t be contained in just one greeting. My grandfather knew everyone and everyone who knew him loved him and wanted to be his friend. He had lived a hard life, the life of an Auschwitz survivor, an immigrant – a man who fell and stood and fell and stood again – but he was nobody’s victim. He was a survivor in the truest sense of the word. He had walked through the fires and lived to tell the tale. And the tale he told was of strength and faith and love.

But there are other things he did tell me. He said, “I wouldn’t say you’re pretty and I wouldn’t say you’re ugly. I’d say you’re pretty ugly!” and I beamed because this was high praise. And sometimes when I’d done something particularly clever he’d put his large hand over my whole face and say, “I’ve never seen anyone as stupid as this girl,” and I felt a warmth all through me because I knew he was trying to protect me from the Evil eye because he loved me. And he said, “The difference between good scotch and bad scotch is like the difference between a living room and a bathroom. And if you don’t know that, get out of my living room!” and then we laughed and laughed.

He could cook too, mushroom sauce and omelets and steaks. He made an excellent bowl of Honeycombs in hot chocolate. One year for the family Chanukah party we dressed up the turkey with the hat and glasses from the Mr. Potato Head toy and though I was 15 and he was 65 we giggled like five year olds. 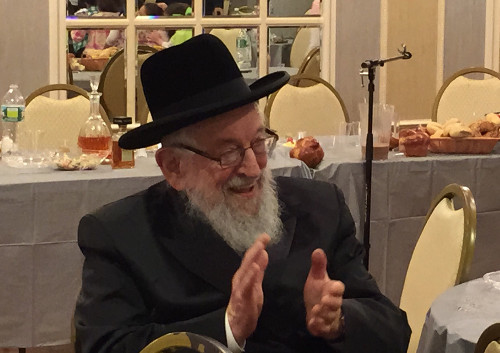 My grandfather gave everything away freely, money to the needy, support to the downtrodden, warmth to the lonely. He always had a house that was open to guests of every sort, from beggars and millionaires to Kabbalists and cynics, and every one of them called him friend. They all came to him, drawn to him like iron to magnet, captured by his warmth, his faith, his fierce will for living, his insistence upon happiness.

All of that is gone now. And gone is his secret to sipping tea with a sugar cube between his teeth and to shaking his ears so that his hat wiggled and to lighting people up. Gone is his Yiddish accent and his bristly beard and his numbered tattoo and his stories about the love and genius of the Klausenberger Rebbe who took him in after the war and brought him home. Gone is the last of my grandparents and everything I will ever truly know about the world of Europe and their stories and their massacred relatives. Gone, gone, gone and we are left here alone while they are in Heaven reunited, joking in Hungarian and enjoying their reward. And I am a granddaughter without grandparents! I feel so much older than before and still the little girl in me cries, “Zaidy, come back!” 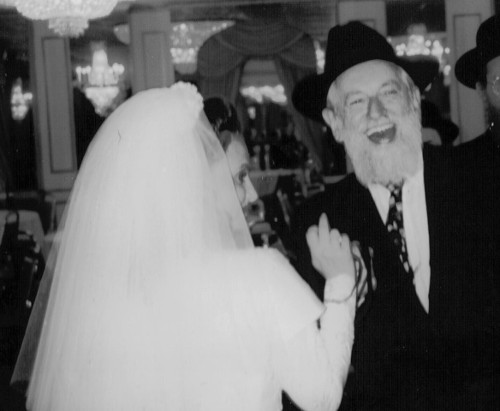 But he will not come back. They never do. And we are left here with unanswered questions and stories they wouldn’t tell and all I have are these inadequate words and I know they will not work at all so why bother trying? He was too big and the words are too small so I couldn’t describe him right.

I spoke the truth when I told my Zaidy, “When you die I’ll be too sad to write anything at all.”

A Love by Choice

In My Father's World

My Carpet Tells a Story

5 Things to Do to Beat the Pre-Passover Blues
The Blue Beyond
Great Place to Live
Is Eating Supposed To Be Spiritual?
Comments
MOST POPULAR IN Family
Our privacy policy