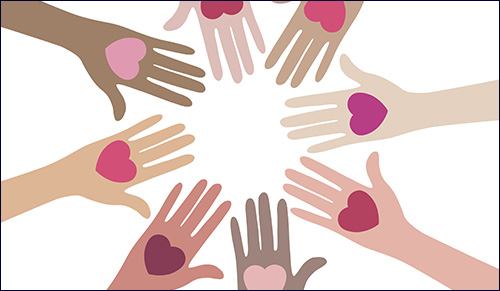 How do you explain this disturbing lack of gratitude?

I have a friend who is a very special person. When she sees a need, she acts with no fanfare and gets the job done. Countless people are the recipients of her kindness and thoughtfulness. She asks for no reward or payment and just operates out of true love for her fellow Jew. I am privileged to know her.

And while she doesn’t seek or even expect gratitude, she told me a disturbing story of its lack the other day. She heard abut a family where the father, the main breadwinner, had fallen ill. His wife was forced to take up the slack. In between trying to earn a living and meet the family’s most basic needs, their home had become a shambles. No one had the time or the energy to take care of even the most rudimentary cleaning, let alone the harder chores. Things were deteriorating by the moment.

This is the type of situation where my friend excels. She raised some money, hired some workers and, sponge and mop in hand, proceeded to scrub that house from top to bottom. It took a few days to cut through the grime. But that wasn’t enough for my zealous friend. She covered the newly cleaned walls with fresh coats of paint.

My friend, while a righteous woman, is human after all and she eagerly awaited the reaction of this family and their children when they saw the results of all this effort.

She was thus taken aback when the response was disgruntled criticism. “I don’t like the color of the walls in the kitchen,” complained the mother, and her children followed suit. “The blue on my bedroom wall is too light; the pink on mine is too dark.” On and on it went.

My friend was shocked and speechless. What had gone wrong here?

Although my friend meant well and worked hard, perhaps she had inadvertently been a source of pain instead of pleasure.

I don’t know. Perhaps they were just superficial people with bad character. But that seems unlikely.

Doing kindness the right way is complicated – but I believe that robbing people of control over their physical circumstances winds up leaving them feeling more impoverished.

Good intentions are not enough. We must ferret out not just what someone needs but what they want.

True kindness requires thought and strategy, not just effort. It must be what the beneficiary wants to receive and not just what the donor wants to give.

And, above all, the dignity and self-respect of the recipient must be maintained. This lesson, learned through hours of cleaning, is certainly worth the price.

Let Your Husband Do the Dishes

The Phone Solicitation
Would You Rather Be Right or Happy?
Korach’s Unique Punishment
Who Was Josephus? The Controversial Backstory of the Famed Historian
Comments
MOST POPULAR IN Family
Our privacy policy