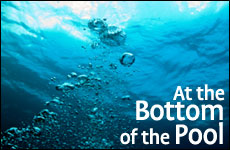 Was that my precious child lying motionless in the water?

Whenever my son was upset or hurt or scared, I used to whisper in his ear, “Don’t worry, Eli, mommy will always save you.” A few weeks ago, I almost wasn’t able to keep that promise.

We were spending Shabbat with my in-laws in southern California and we were all having a great time. I took a nap with my daughter while my husband spent the afternoon playing with my son outside in the backyard. When I woke up, my husband offered to change my daughter’s diaper, which I gladly accepted. My three-year-old son was running around the house playing while I followed my husband to the bathroom. When I returned to the kitchen I asked where my son was because I couldn’t see or hear him anymore.

"He went outside to play basketball."

"But he can’t be outside next to the pool by himself!” I exclaimed.

There will never be enough words to describe the absolute horror of what I saw. I still cry every time I think about it. My precious child was lying motionless at the bottom of the pool. At that moment, it honestly did not even register that the body I was seeing could even possibly be my son, and to this day, I am wracked with guilt that I wasted precious seconds trying to figure out who in the world could be swimming in their pool.

When I realized it was my son, time just stopped. I actually have no recollection of running across the yard, diving into the pool fully dressed in my Shabbat clothes, swimming to him, grabbing him with my left arm and somehow managing to pull both of us out of the pool with my other arm, all the while squeezing and pumping his chest as hard as I could.

I was screaming for my husband, for God, pleading and begging for my son to be okay.

It was only after I had gotten him out of the pool that I began screaming. Primal screams that seemed to come from my soul. I was screaming for my husband, for God, pleading and begging for my son to be okay. I turned his cold, wet little body to face me and when I saw that his face was blue from his nose down, my heart stopped. I continued squeezing him until water gushed from his nose and mouth and he began choking and coughing.

I was absolutely hysterical. I was soaking wet, holding and hugging my son, refusing to let anyone take him from me. We stayed like that for a while, until the coughing subsided and his breathing returned. At that point my son reached up and put one hand on each of my cheeks. These were the first words he said: “It’s okay, mommy. I’m okay.” This from the child who nearly drowned, all alone and terrified. Three years old and comforting me, his mother, who should have been there to save him from falling into the pool, as I promised to him almost on a daily basis since he was little.

I haven’t told many people, just family and close friends, but when I do, they want to know details. People want to know who was watching him, how exactly he was lying, and why there wasn’t a gate around the pool, and if I am angry or blame anyone. I suppose it is only human nature, but I said the same thing to everyone. It doesn’t matter how it happened, it just matters that my son is thank God totally healthy, and that without the grace and mercy of God, it could have ended very differently.

After Shabbat, I spoke to our rabbi and told him what happened. He gave me some advice on how to proceed. My husband said the Thanksgiving blessing in shul on Monday morning and we did a Seudat Hodaya, a Thanksgiving meal on Tuesday night. At the meal, I addressed the small crowd. I was (and still am) struggling to process what had happened, but I knew I had to find something positive from the horrible situation in order to help me get better. Here is what I said.

It is very easy to thank God for the “big” things in our lives: a new job, a first car or house, graduating from college, birth of a child and so on. It is harder to be thankful for the small things that we usually take for granted.

I used to be very careful about always making blessings before and after every meal. But after I had my children, with two kids under three, I began to miss a few blessings and I would occasionally forget to say Grace after Meals, until I was missing more than I was saying. Furthermore, I got caught up in complaining about how hard my life was, without ever taking a second to see how much I actually do have. I am using this terrible incident to publicly recommit myself to being thankful on every level. 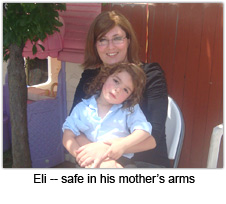 Most of you will (please God) never experience or know how thankful I was when my son was found to be fully healthy, with no lasting effects. I’m hoping that my story will inspire you to find all the little things that you are thankful for, and give thanks where it is due.

As a final plea, please watch your children around water carefully. Take it from me, all it takes is a split second and your whole life can change.

I will never have enough words to thank God for allowing me to give life to my son a second time in his short life.

Reflections from the Land6 min read 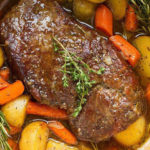