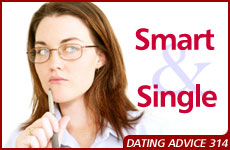 Do more intelligent women have a harder time getting married?

Through no doing of my own, I was blessed with an IQ of 140. This has created many opportunities in my life. On the other hand, it has proven a liability in my quest to get married. I find that many men are intimidated by having to date a “genius.” And in some way I might contribute to the problem by subconsciously looking down on these men for not being as smart as I am.

So – is it true that more intelligent women are more likely to have a hard time getting married? And exactly what can I do about it?

We appreciate your writing and giving us an opportunity to address this important issue. The simple answer is that while many very smart women do not have a hard time finding and marrying the right person, there are others who struggle to achieve this goal.

In our experience, a man and woman who are closely matched intellectually have an easier time relating to each other than a couple who isn't as well-matched. However, given that there are many different ways for couples to connect to each other and build a relationship, there are many successful marriages in which one partner is more “intelligent” than the other. These differences do not necessarily inhibit these couples' ability to communicate and relate on a deep level.

Also, there are other “intelligences” beyond the raw score of an IQ test. A highly intuitive person, with the ability to read people and motivate them, requires an equal degree of intelligence. Many marriages succeed because one partner or the other is relied on for certain “headier” decisions, while the other partner is regarded as the expert in the more emotional realm.

There are, however, a few cultural stereotypes that make it harder for some very bright women to find the right man to marry:

These two stereotypes make some men intimated by a woman whom they perceive as being on a higher level than they are in terms of income, education or career prestige. As such, this can wreak havoc for many women daters.

We've seen some bright, accomplished women intentionally "dumb themselves down" for a date. One woman told us," He was such a nice guy. But I could tell from the start that he was struggling to keep up with the conversation. I held myself back because I was hoping we'd find some other common ground, and then my being brighter than him wouldn't make a difference." It didn't work. The courtship lasted three dates, with the man stating the reason for ending it: "You're just way smarter than I am."

These two were clearly mismatched from the start – there was too big a difference in their intellectual abilities.

Younger men are less intimidated, feeling that they too will be advancing.

When the match is closer, some men still feel intimidated because they expect to be "more" than the woman they're dating. We don't see this very often with younger people – in fact, to the contrary, we've observed that many younger men express pride that their date is a law student, applying to medical school, been appointed a project leader, writing her Ph.D. thesis, etc. We think that's because these men feel that they, too, are poised to achieve their dreams, and they and their partner will both be advancing.

However, fast forward 7 or 8 years, and these men often shy away from a woman who has a Ph.D., is finishing her medical residency, or is in a profession they perceive as "important.” They'll cite the excuse that "women like that are too dedicated to their career," and that ”a lawyer/doctor/professor/engineer/school administrator isn't going to be a good wife and mother." Making such a blanket generalization – without even trying to find out how the woman feels about family and career – unjustly sustains a myth and, we believe, is really based on a concern that the woman is or may become the more accomplished half of the couple.

This is where provincial thinking gets in the way of a potential match. We've observed that most professional women who are dating for marriage plan to make family their priority and succeed in doing so. If a man who turns down a suggestion to date an otherwise suitable woman without trying to find out if she has similar goals about family life, he probably is too caught up in the cultural stereotype.

There is another factor why some very bright women have trouble dating. We've found that sometimes, a woman who values her academic or professional achievements emphasizes that aspect of herself too much during a date, instead of presenting a balanced image of herself as a whole person. We understand why she's doing that – she considers her accomplishments to be an integral part of who she is. But she may be losing sight of the fact that her other qualities are equally, if not more, important when it comes to building a relationship and a family.

A man who is dating for marriage is looking for a woman he can connect with emotionally, who can express concern and compassion, whom he can have fun with. We've worked with some women who have a hard time conveying these softer sides of themselves. Interestingly, we see clusters of them coming from particular schools which attract women who are more accomplished academically.

Ask others to emphasize all of your good qualities.

If you suspect you may be falling into this trap, one change you can make is to encourage your friends and family to emphasize all of your good qualities, rather than focusing primarily on your intellectual, academic, or career accomplishments. Especially when networking on your behalf, they should not ignore the fact that you’re intelligent, but they shouldn’t make that the main consideration. For example, have them say,

"My friend Melinda is one of the kindest, caring people I've ever met. She's easy to talk to, and her nieces and nephews adore her. She wants to get married and have a family of her own. She would like to meet someone who is also kind-hearted and family oriented, and who is intelligent. Melinda is a well-rounded person – she's a nuclear physicist and also likes tennis and the guitar."

Carry this idea forward in your actual dates. On a first date, only briefly discuss your job or the degree you’re pursuing. (Men can benefit from this advice, too.) This is the time to break the ice and get a general sense of what each other is like by engaging in light conversation that reveals something about your personalities, tastes, interests, hobbies, life experiences, and important values. Display your lighter side, which will pave the way to a second and third date – when you can more deeply explore each other's many facets.

Dating maze #281 - Negative Father Image
Why Are The Prayers Of Yom Kipur So Repetetive?
Ha'azinu 5783: A Time for Unity!
Twisted Thinking
Comments