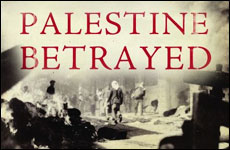 Nakba, the Arabic word for "catastrophe," has entered the English language in reference to the Arab–Israeli conflict. As defined by the anti-Israel website The Electronic Intifada, Nakba means "the expulsion and dispossession of hundreds of thousands [of] Palestinians from their homes and land in 1948."

Those who wish Israel to disappear actively promote the Nakba narrative. For example, Nakba Day serves as a mournful Palestinian counterpart to Israel's Independence Day festivities, annually publicizing Israel's alleged sins. So established has this day become that Ban Ki-moon, secretary general of the United Nations — the very institution that created the State of Israel — has sent his support to "the Palestinian people on Nakba Day." Even Neve Shalom, a Jewish-Palestinian community in Israel claiming to be "engaged in educational work for peace, equality, and understanding between the two peoples," dutifully commemorates Nakba Day.

The Nakba ideology presents Palestinians as victims without choices and therefore without responsibility for the ills that befell them. It blames Israel alone for the Palestinian-refugee problem. This view has an intuitive appeal, for Muslim and Christian Palestinians had long formed a majority on the land that became Israel, whereas most Jews were relative newcomers.

Karsh argues that Palestinians decided their own destiny and bear near-total responsibility for becoming refugees.

Intuitive sense, however, does not equal historical accuracy. In his new tour de force, Palestine Betrayed, Efraim Karsh of the University of London offers the latter. With his customary in-depth archival research — in this case, relying on masses of recently declassified documents from the period of British rule and of the first Arab–Israeli war, 1917–49 — clear presentation, and meticulous historical sensibility, Karsh argues the opposite case: that Palestinians decided their own destiny and bear near-total responsibility for becoming refugees.

In Karsh's words: "Far from being the hapless victims of a predatory Zionist assault, it was Palestinian Arab leaders who, from the early 1920s onward, and very much against the wishes of their own constituents, launched a relentless campaign to obliterate the Jewish national revival which culminated in the violent attempt to abort the U.N. partition resolution." More broadly, he observes, "there was nothing inevitable about the Palestinian–Jewish confrontation, let alone the Arab–Israeli conflict."

Yet more counterintuitively, Karsh shows that his understanding was the conventional, indeed the undisputed interpretation in the late 1940s. Only with the passage of time did "Palestinians and their Western supporters gradually rewr[i]te their national narrative," thereby making Israel into the unique culprit, the one excoriated in the United Nations, university classrooms, and editorials.

Karsh successfully makes his case by establishing two main points: that (1) the Jewish-Zionist-Israeli side perpetually sought to find a compromise while the Palestinian-Arab-Muslim side rejected nearly all deals; and (2) Arab intransigence and violence caused the self-inflicted "catastrophe."

The first point is more familiar, especially since the Oslo Accords of 1993, for it remains today's pattern. Karsh demonstrates a consistency of Jewish goodwill and Arab rejectionism going back to the Balfour Declaration and persisting throughout the period of British rule. (To remind, the Balfour Declaration of 1917 expressed London's intention to establish in Palestine a "national home for the Jewish people," and the British conquest of Palestine just 37 days later gave it control of Palestine until 1948.)

In the first years after 1917, Arab reaction was muted, as leaders and masses alike recognized the benefits of the dynamic Zionist enterprise that helped revive a backward, poor, and sparsely populated Palestine. Then emerged, with British facilitation, the noxious figure who would dominate Palestinian politics over the next three decades, Amin al-Husseini. From about 1921 on, Karsh documents, Zionists and Palestinians had many choices to make; while the former invariably opted for compromise, the latter relentlessly decided on extermination.

In various capacities — mufti, head of Islamic and political organizations, Hitler ally, hero of the Arab masses — Husseini drove his constituents to what Karsh calls "a relentless collision course with the Zionist movement." Hating Jews so maniacally that he went on to join the Nazi genocide machine, Husseini refused to accept their presence in any numbers in Palestine, much less any form of Zionist sovereignty.

From the early 1920s, then, one witnessed a pattern still in place and familiar today: Zionist accommodation, "painful concessions," and constructive efforts to bridge differences, met by Palestinian anti-Semitism, rejectionism, and violence.

Despite the radicalization of Palestinian opinion by the mufti and despite the Nazi rise to power, Zionists kept seeking an accommodation. It took some years, but the mufti's zero-sum policy and eliminationism eventually convinced reluctant Labor leaders, including David Ben-Gurion, that good works would not facilitate their dream of acceptance. Still, despite repeated failures, they continued the search for a moderate Arab partner with whom to strike a deal.

In contrast, Ze'ev Jabotinsky, the forerunner of today's Likud party, already in 1923 understood that "there is not even the slightest hope of ever obtaining the agreement of the Arabs of the Land of Israel to 'Palestine' becoming a country with a Jewish majority." Yet even he rejected the idea of expelling Arabs and insisted on their full enfranchisement in a future Jewish state.

Had they accepted the U.N. plan, Palestine would be celebrating its 62nd anniversary.

This dialectic culminated in November 1947, when the United Nations passed a partition plan that nowadays would be termed a two-state solution. In other words, it handed the Palestinians a state on a silver platter. Zionists rejoiced but Palestinian leaders, foremost the malign Husseini, sourly rejected any solution that endorsed Jewish autonomy. They insisted on everything and so got nothing. Had they accepted the U.N. plan, Palestine would be celebrating its 62nd anniversary this May. And there would have been no Nakba.

The most original part of Palestine Betrayed is the half that contains a detailed review of the flight of Muslims and Christians from Palestine in the years 1947–49. Here Karsh's archival research comes into its own, allowing him to present a uniquely rich picture of the specific circumstances of Arab flight. He goes one by one through the various Arab population centers — Qastel, Deir Yassin, Tiberias, Haifa, Jaffa, Jerusalem, Safad — and then takes a close look at the villages.

Israel's war of independence divides into two parts. Ferocious fighting began within hours of the United Nations vote to partition Palestine on Nov. 29, 1947, and lasted till the eve of the British evacuation on May 14, 1948. The international conflict began on May 15 (the day after Israel came into being), when five Arab state armies invaded, with hostilities lasting until January 1949. The first phase consisted largely of guerrilla warfare, the second primarily of conventional warfare. Over half (between 300,000 and 340,000) of the 600,000 Arab refugees fled before the British evacuation, and most of them in the final month.

Palestinians fled in a wide range of circumstances and for varied reasons. Arab commanders ordered noncombatants out of the way of military maneuvers; or they threatened laggards with treatment as traitors if they stayed; or they demanded that villages be evacuated to improve their standing on the battlefield; or they promised a safe return in a matter of days. Some communities preferred to flee rather than to sign a truce with the Zionists; in the words of Jaffa's mayor, "I do not mind destruction of Jaffa if we secure destruction of Tel Aviv." The mufti's agents attacked Jews to provoke hostilities. Families with the means to do so fled danger. When agricultural tenants heard that their landlords would be punished, they worried about being expelled and preempted by abandoning the land. Bitter internecine enmities hobbled planning. Shortages of food and other necessities spread. Services like water-pumping stations were abandoned. Fears spread of Arab gunmen, as did rumors of Zionist atrocities.

In only one case (Lydda) did Israeli troops push Arabs out. The singularity of this event bears emphasis. Karsh explains about the entire first phase of fighting: "None of the 170,000–180,000 Arabs fleeing urban centers, and only a handful of the 130,000–160,000 villagers who left their homes, had been forced out by Jews."

The Palestinian leadership disapproved of a population return, seeing this as implicitly recognizing the nascent State of Israel. The Israelis were at first ready to take back the evacuees but then hardened their position as the war progressed. Prime Minister Ben-Gurion explained their thinking, on June 16, 1948: "This will be a war of life and death and [the evacuees] must not be able to return to the abandoned places. . . . We did not start the war. They made the war. Jaffa waged war on us, Haifa waged war on us, Beisan waged war on us. And I do not want them again to make war."

"It was the actions of the Arab leaders that condemned hundreds of thousands of Palestinians to exile."

In sum, Karsh explains, "it was the actions of the Arab leaders that condemned hundreds of thousands of Palestinians to exile."

In this book, Karsh establishes two momentous facts: that Arabs aborted the Palestinian state and that they caused the Nakba. In the process, he confirms his status as the preeminent historian of the modern Middle East writing today, and extends the arguments of three of his earlier books. His magnum opus, Empires of the Sand: The Struggle for Mastery in the Middle East, 1789-1923 (with Inari Karsh, 1999), argued that Middle Easterners were not, as usually thought, "hapless victims of predatory imperial powers but active participants in the restructuring of their region," a shift with vast political implications. Palestine Betrayed applies that book's thesis to the Arab–Israeli conflict, depriving Palestinians of excuses and victimhood, showing that they actively, if mistakenly, chose their destiny.

In Fabricating Israeli History: The "New Historians" (1997), Karsh exposed the shoddy work, even the fraudulence, of the school of Israeli historians who blame the 1948–49 Palestinian refugee problem on the Jewish state. Palestine Betrayed offers the flip side; if the earlier book refuted mistakes, this one establishes truths. Finally, in Islamic Imperialism: A History (2006), he showed the expansionist core of the Islamic faith in action over the centuries; here he explores that drive in small-bore detail among the Palestinians, connecting the supremacist Islamic mentality with an unwillingness to make practical concessions to Jewish sovereignty.

Palestine Betrayed reframes today's Arab–Israeli debate by putting it into its proper historical context. Proving that for 90 years the Palestinian political elite has opted to reject "the Jewish national revival and [insisted on] the need for its violent destruction," Karsh correctly concludes that the conflict will end only when the Palestinians give up on their "genocidal hopes."