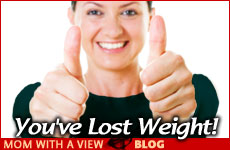 How to effectively give compliments.

Does this scenario sound familiar to you? I was with a group of women the other day when someone we hadn’t seen in a while walked up. “You look great," one of the women said to her. "You’ve lost a lot of weight.”

“Er…uh…it’s just this outfit; it makes me look smaller,” she stammered.

Years of training from my husband kicked in. “Just say thank you,” I said.

“Thank you,” she murmured.

It’s so hard to accept a compliment. If we’re told our outfit looks attractive, we immediately deflect the praise. “It’s old -- I’ve had it for a long time.” Or “It was very cheap -- I got in on sale.”

How about if someone says, “Your kitchen looks great”? “I guess you didn’t notice the chipped paint.”

“You’ve raised a lovely family.” “You don’t know about the struggles we’re having with…you fill in the blank.”

But I’m not here to address the whys of our behavior, to analyze the female psyche, the nature versus nurture of receiving compliments.

I want to give a tip to the person doing the complimenting that will not allow the recipient to worm her way out of it. (And perhaps have the unfortunate result of discouraging future attempts). I want to explain a strategy of praise that will almost ensure it is received graciously. Perhaps if we practice giving compliments wisely we will be able to accept them in the same way.

Don’t just state the compliment and allow it to hang there in the air. Follow it up with a question.

It’s a simple idea but it can change the whole experience (don’t you just love those?).

Here goes: Don’t just state the compliment and allow it to hang there in the air. The recipient feels very awkward and an ensuing necessity to justify why she is undeserving.

Instead, follow it up with a question. This will leave the listener little time to dwell on her insecurities and rationalizations and she will be forced to respond.

This is not complicated, and it can make a big difference.

“Those colors look great on you. How did you figure out which ones to wear?”

“That’s a terrific haircut. Which salon do you go to? Who’s your stylist?”

“You’ve raised a beautiful family. I’m sure there are challenges but you make it look easy. What’s your secret?”

“That cake was delicious. Where do you find your recipes?”

And so on. Your conversations will never be the same. Everyone likes (needs) compliments. As long as they are real and sincere and thoughtful, people will keep returning to talk with you again and again. They will leave your side feeling better about themselves because this was a compliment they were actually able to receive. Just try it.

We don’t compliment others enough and we certainly don’t do it effectively. But it’s not too late…

I never liked those throwaway lines about how much weight I lost anyway. Without a question, I never was sure what response to make. “Did I look like such an elephant before?”

The Diminishing Power of Expectations

My Challenge in Overcoming Baseless Hatred
Who Was Josephus? The Controversial Backstory of the Famed Historian
Should I Break Up, Get Engaged or Keep Dating?
Time Is Your Precious Commodity
Comments
MOST POPULAR IN Family
Our privacy policy