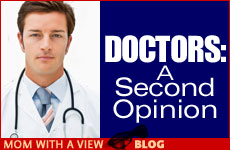 Doctors run a very high risk of becoming indifferent to the pain and humanity of their patients.

I have had the dubious honor recently of spending a lot of time with many different doctors. Like all human beings, they run the gamut from the compassionate to the cold, the thoughtful to the uncaring, the competent to the …well, thank God, it’s all in the Almighty’s hands and not some of theirs!

I’ve been observing and listening and pondering the meaning of the statement in the Talmud that “The best of doctors are going to 'gehinnom' -- hell." I always assumed it was an ego thing. I always thought that the biggest risk to doctors was thinking that they are the arbiters of life and death, of thinking that they're God, instead of just His messengers of healing How many stories have we all heard where doctors have given up and yet a disease has been cured, a catastrophic outcome averted.

Like I said, of course every doctor is different. Some have humility (I personally like the ones that consult with their colleagues before rendering a diagnosis or prescribing a treatment). Some recognize a power greater than theirs. Some even recite Maimonides' Prayer for the Physician, a clear statement of the limitations of their role and the omnipotence of the Almighty. The Talmud doesn’t say "all" doctors.

And anyway, I’ve recently changed my thinking. I have a new thought, perhaps insight, into why I think the Talmud suggests such an ignoble fate for physicians. It’s not about ego. I think it’s about indifference. When the world was destroyed at the time of the flood it was due to indifference, a completely lack of caring about others. The world cannot endure this way.

Doctors run a very high risk of this deterioration of character. Patients become numbers to them, statistics to analyze; bleak diagnoses just words on a chart. Some cavalierly deliver devastating news -- “The chances of survival are about 20%...” “I thought I mentioned that the treatment will leave her with brain damage.” -- in between comments about the weather and chitchat about their children and spouses.

Perhaps they have to callous themselves to the trauma they see, to the pain they inflict, in order to survive. Perhaps if they allowed themselves to enter into the humanity of the situation, they couldn’t bear it. Perhaps it would cloud their judgment. Perhaps.

But maybe the opposite is true. Maybe if they didn’t allow their first cadaver to inure them to death, they’d be deeper human beings. Maybe they’d be more compassionate. Maybe they’d fight harder for the survival of their patients or to give hope to their loved ones.

I don’t know. I don’t know how to determine which path produces better doctors. Maybe it’s a price they have to pay to be competent at their profession.

But I do know for sure which road leads to a better human being, which way creates a closer connection with the Almighty, which is the trait worth striving for – and which doctor I’d rather see! 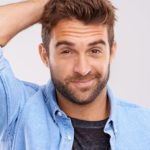 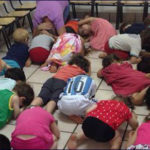 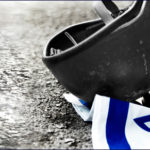 A Special Kaddish for a Fallen Soldier4 min read