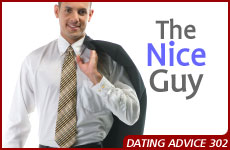 What can I do to make girls more attracted to me?

I'm age 23, tall, slim and healthy; graduated with honors from a good college, and now gainfully employed. Yet for some reason I haven't had one serious courtship, even though it's been more than a year since I started dating seriously for marriage.

When women decide to stop seeing me after one date (even though I'm willing to continue), I ask them to explain why. The typical response is that I'm a “very nice guy,” and that they “enjoyed spending time with me.” They say there is nothing wrong with me that they can put their finger on, but for some reason they don't have the right "gut feeling." Regretfully, this has happened a number of times.

What can I do to make girls more attracted to me?

We hear the same question from many other “early daters” who wonder why they haven't been able to develop any meaningful connection with someone they've gone out with, and they suspect that something must be the matter with them. Most of the time, there's absolutely nothing "wrong" with the person asking the question. It's just that it sometimes takes a while to meet someone with the right mix of compatible values and goals, character traits, personality and appearance. These factors have to all come together in order for both people to feel that their connection has serious potential and they want to move things forward.

You've only been dating a little more than a year. You may look at some people you know who met the right person relatively quickly, and think that's the way it's supposed to happen. But that's not true for the majority of daters. Most people can date for a few years, or more, before they develop a relationship that leads to marriage. The goal of marriage-oriented dating is not to have "serious relationships," but rather to find that one right person. So it’s important that you don't put yourself on an arbitrary timetable.

On the other hand, if it's been your experience that you seldom get past the first or second date, then it would be helpful for you to take a closer look at what's happening.

It's possible that you're dating people who aren't in the ballpark for you. That can happen when you accept blind date suggestions without asking enough questions to ascertain if she and you have compatible value systems and goals, and possess several of the personal qualities each other is looking for in a partner. To simply go out with someone who's described as "nice," without finding out enough information, can result in an enjoyable date with someone whom you can't possibly build anything with in the long term.

On the first few dates, restrain yourself from talking about deeply personal topics.

Another reason could be that you are overeager to have a date work out, or that you're anxious, or that you project strong positive feelings you may have about the person you are with. Any of these can make your date feel uncomfortable. The first few dates are the time for two people to break the ice, start to learn about each other, and do something fun together. The daters need to restrain themselves from talking about deeply personal topics and from displaying any strong feelings they may be having. That's because this can quickly lead to the other person feeling uneasy and turning off – because they don't know how to handle such a situation with someone they barely know.

It could also be possible that some of the young women you've gone out with don't understand how to date for marriage. They may be expecting fireworks, which is very unrealistic, and may not know that it may take two, three or even four dates before their initial “neutral” reaction starts to blossom into feeling a real connection. They may not understand that, for the first few dates, the best idea is to focus on the moment, and when the date is over, the question to ask themselves is: "Can I go on one more date with him?"

There's another possibility. Sometimes, a person who is repeatedly turned down and is told he's a "nice guy" isn't being told that something about the way he presents himself or interacts isn't working. It could be how he dresses, his social skills, what he talks about (such as focusing primarily on his job or one particular topic), or tries to impress so hard that he's not himself. When you ask someone you've gone out with what the problem is, she is probably the wrong person to ask, because this is a hard topic to discuss with someone she's dated. The better "address" to go for feedback is a third party, ideally someone who knows you both (or in the case of a blind date, the one who set it up).

If you begin to see a pattern in your dates' decision not to continue, you will want to make some changes. In this regard you can benefit from working with a dating coach.

While we think it is a good idea for you to explore the possibilities we've discussed, it is very likely that you've just not yet met a woman who is right for you. Time is part of the dating process, and while most daters wish that the Right One would come along quickly, often the process takes time. While you navigate the dating maze, we encourage you to take some of the pressure off yourself by not making your life revolve solely around your job and your dating. It's important to also keep up your contacts with friends and family, pursue a hobby or interest, be involved in a community project, and take care of yourself by eating right and being physically active. If you have a balanced life, you'll find that you are better able to deal with the ups and downs of dating – until you're fortunate enough to meet the person who is right for you.

Dating Maze #243 - E-Friend Fiasco
For Every Individual, A Torah Scroll
Allegiance To The Monarch
Meet the Real You: Yom Kippur
Comments
MOST POPULAR IN Dating
Our privacy policy
Aish.com Is Looking for Great Writers