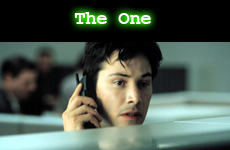 You got the gift, but it looks like you're waiting for something. 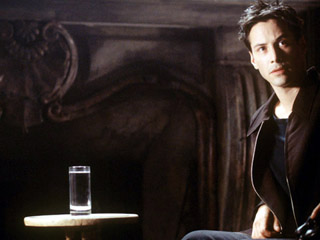 Neo: What...what is happening to me?

Morpheus: You are the one, Neo. You see you may have spent the last few years looking for me, but I've spent my entire life looking for you.

Scene shift to our world: What is the Messiah, the One?

Definition:
Messiah from the Hebrew word meaning "anointed one" -- referring to the procedure for inaugurating a Jewish king. The Messiah will be a Jewish king over Israel, descended from the house of David. He will be instrumental in bringing world peace and awareness of God to humanity.

Oracle: You know why Morpheus brought you to see me?

Oracle: So, what do you think? You think you're the One?

Does the Messiah know that he is the One?

Let's look at a previous redeemer. Did Moses grow up knowing that he would redeem the Jewish people?

As a baby, Moses is fished out of the Nile and raised in Pharaoh's palace. He goes out to see the condition of the Jews, kills an Egyptian and flees for his life. He spends decades as a fugitive, unable to return to his people, reduced to shepherding his father-in-law's flock. Hardly an auspicious beginning.

The Messiah is a regular human being, like you and me, who dedicates his life to reaching greatness. He's not born the One; he becomes the One as a natural outgrowth of his unique life mission. Jewish Tradition teaches that in every generation there is a potential Messiah somewhere on Earth. He doesn't know it yet… 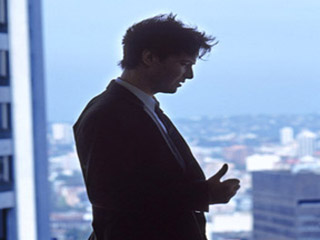 Oracle: But you already know what I'm going to tell you.

Oracle: Sorry kiddo.You got the gift, but it looks like you're waiting for something.

Oracle: Your next life maybe, who knows? That's the way these things go.

It's not a matter of being convinced. In the end, Neo chooses to stop waiting, to stop hesitating, and becomes the One. There's a Redeemer in our midst. But he has to first earn that title before attaining it.

Morpheus: He is The One. Do you believe it now, Trinity?

Morpheus: She told you exactly what you needed to hear, that's all. Neo, sooner or later you're going to realize, just as I did, there's a difference between knowing the path and walking the path.

Got your walking shoes on?

The Nebuchadnezzar
Deep Breaths
What Happened to the Truth?
The Japanese Everything Bagel Spice Recipe
Comments
MOST POPULAR IN Seminars