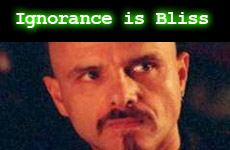 Most of these people are not ready to be unplugged.

Morpheus (holding out two pills): Take the blue pill, the story ends. You wake up in your bed and believe whatever you

want to believe. You take the red pill, you stay in Wonderland, and I show you how deep the rabbit hole goes.... Remember, all I'm offering is the truth, nothing more....

We're faced with a similar choices. To sleep – or to wake up and go down the rabbit hole.

Cypher: I know what you're thinking, because right now I'm thinking the same thing. Actually, I've been thinking it ever since I got here. Why, oh why didn't I take the blue pill?... (Neo drinks and winces)

A part of us wants to kill our brain cells. It's the part that wants to keep on clinging to the pillow in the morning, that kicks us for taking the red pill. 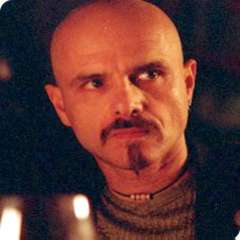 Agent Smith: Do we have a deal, Mr. Reagan?

Cypher: You know, I know this steak doesn't exist. I know that when I put it in my mouth, the Matrix is telling my brain that it is juicy and delicious. After nine years, you know what I realize? Ignorance is bliss.

Part of us loves unadulterated comfort, sheer bliss.Too much reality can be a killjoy. Who cares if the pleasure isn't real…

Definition:
Yetzer HaRah
(Hebrew) The part of us that craves the physical, often identified with the body. One of life's challenges is to harness and channel this force, rather than let it run wild.

Agent Smith: Then we have a deal?

Cypher: I don't want to remember nothing. Nothing. And I want to be rich, someone important, like an actor.

The body yearns for illusion, for the counterfeit pleasures. Forget about being someone really important, the body is satisfied with the sensation of importance – as long as there is no pain – to be famous, rich, in a world of complete illusion. Real meaning and virtue takes a lots of effort. The counterfeit version is an easy ride.

Cypher: He lied to us, Trinity. He tricked us. If you'da told us the truth, we woulda told you to shove that red pill.

Trinity: That's not true, Cypher, he set us free. 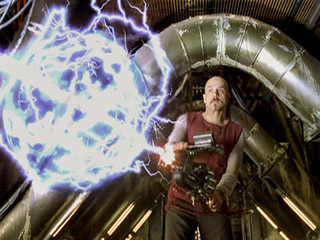 Cypher: Free? You call this free? All I do is what he tells me to do. If I had to choose between that and the Matrix, I choose the Matrix.

We all have a death wish. The body's underlying drive is suicide – the ultimate state of feeling no pain. In the meantime it'll settle for suicide in installments – just one more drink, one more hit. And anybody that tries to stop it... watch out! The body wants escape. The soul yearns for reality, for Zion.