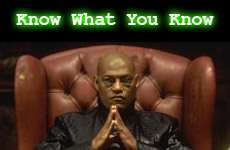 How would you know the difference?

Morpheus: The Matrix is everywhere.

It is the world that has been pulled over your eyes to blind you from the truth.

If you were born in China, you'd most likely be a faithful Communist. If you were born to a traditional tribal family in Haiti, you'd be practicing Voodoo. Every society produces people who are passionately convinced that their beliefs are right, even to the extent that they are willing to die for it.

The majority of humans are products of society. Almost every religion claims that the other is wrong. One way or another at least one billion people are living in error. Maybe none of them have a monopoly on the truth, and everyone is wrong.

Wake up. Become intellectually independent of the society that formed your beliefs. Otherwise you're just a puppet of society. And society could be making some very grave errors...

Morpheus: Have you ever had a dream, Neo, that you were so sure was real? What if you were unable to wake from that dream. How would you know the difference between the dream world and the real world?

Imagine your name is Jeff Korman, a lawyer from El Paso, Texas. You're walking down the street in London and you see a sign that says:

An incredible coincidence! Curious to meet this guy, you knock on the door. A voice answers:

"Jeff Korman! What a coincidence! Where are you from? What do you do?"

"Hey - that's my parents. You're a fraud! You're assuming my identity!"

The man from London calls up the police and tells them to rush over with a straight jacket. You've got a lot of explaining to do. Because this "Jeff Korman" living in London has friends and clients who will vouch for him. 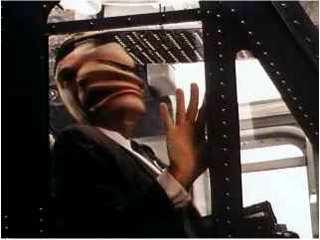 How do you know you're right? Are you sure you are you?

The police are coming and you've got to convince them. So you reach for your passport. That's good evidence: Jeff Korman, your picture, your address.

But you've lost your passport! What dreadful timing! 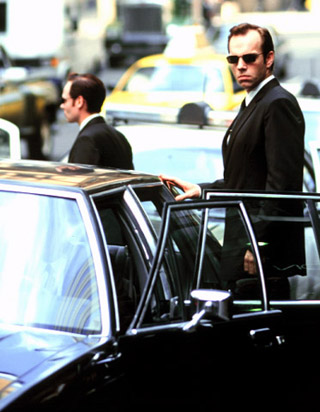 The man from London reaches in his pocket and pulls out a passport: Jeff Korman. His picture. Your address!

"Okay, mister, can you prove you're really Jeff Korman?"

"I've got an idea!" you say. "Let's call Mom. That'll prove it!" You dial your mother's number. She answers and you put her on the speakerphone.

The other guy begins to speak, and she says, "Oh, hello, Jeff. Who was that other character?"

Are you still sure you're right? This has got to be a plot! Candid Camera, perhaps. But how do you know? Maybe you really flipped your lid. The police are pulling out the straight jacket.

You make one last-ditch effort. You start grilling the guy with questions:

How many rooms are there at 10 Clark Lane? Where's the kitchen? Is there a basement? How many steps? What's the name of the next door neighbor? Where's the nearest drugstore?

As your investigation progresses, the reality emerges: the guy is a fraud. He may be able to fake you out to some extent, but there's no way he could know all the details.

Life can be confusing, but the truth can be found. Search honestly and diligently - and you will discover it.

Trinity: The answer is out there, and it's looking for you, and it will find you if you want it to.