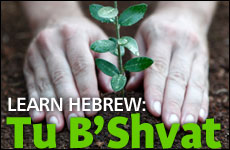 A day for celebrating the wonderful world of trees.

On the 15th of the Hebrew month of Shvat, we celebrate Tu B'Shvat (ט"ו בִּשְׁבָט) – the New Year of the trees and the fruits. Tu B'Shvat is first mentioned in the Mishnah (מִשְׁנָה) as one of the four New Years of the Jewish calendar: "The Academy of Hillel taught that the 15th of Shvat is the New Year for the Trees." This means that Tu B'Shvat is technically the day when trees stop absorbing water from the ground, and instead draw nourishment from their sap. In Jewish law, this means that fruit which has blossomed prior to the 15th of Shvat could not be used as tithe for fruit which blossomed after that date. 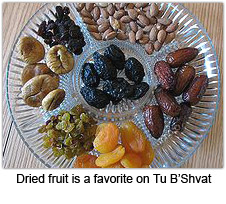 Many celebrate Tu B'Shvat by eating dried fruits of trees that grow in Israel such as almonds, dates, figs, raisins and carob. Kabbalistic tradition even includes a mystical Tu B'Shvat "seder" service, where the inner dimensions of fruits are expounded, along with blessings, songs and deep discussion.

In modern Israel, Tu B'Shvat has become a popular day for planting tress. On Tu B'Shvat of 1890, Rabbi Zeev Yavetz (זְאֵב יַעְבֵץ) went out with his students to plant trees in the agricultural colony of Zichron Yaakov. His idea was adopted by other schools, and the Jewish National Fund (קֶרֶן קַיֶּמֶת לְיִשְׂרָאֵל, Keren Kayemet L’Yisrael) designated it as national “tree-planting day.”

Many popular songs have developed around Tu B'Shvat. One favorite children’s song is called,

- Tu B'Shvat Higi'ah, chag la'ilanot – “Tu B'Shvat Has Arrived,” a holiday for the trees. Another well-known children's song is

- “The Almond Tree is Blooming.”

Tu BiShvat is also a good time to think about the special relationship between human beings and trees. In the book of Deuteronomy (20:19) it is written that “man is like a tree of the field”:

The Bible uses the traits of trees to describe human beings; for example, a righteous person (צַדִּיק, tzaddik) is as strong as a tree planted on a source of water:

And he shall be like a tree planted by streams of water, producing fruit in its season, whose leaf does not wither. And he will prosper in all that he does. (Psalms 1:3)

The righteous person is also compared to a palm and cedar tree:

Remembering how similar we are, how dependent we are on each other, and how precious our relationship is, gives this special holiday a deeper meaning. 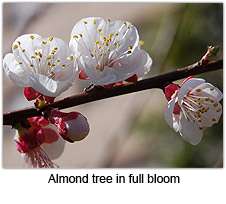 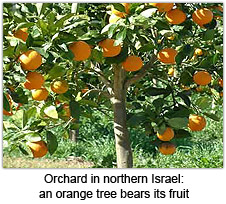 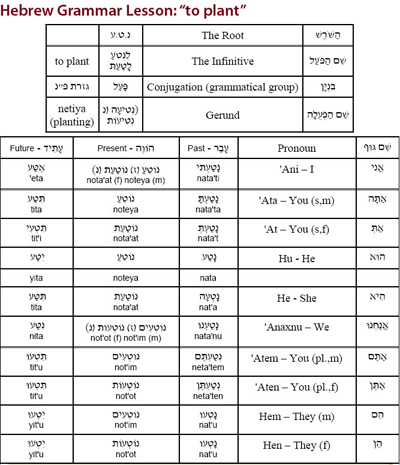 A boy’s name which means “to bear fruit, yield, produce.”

A boy’s name which means “tree.” You may be familiar with Ilan Ramon, Israel’s first astronaut.

See if you can find all of the words in the puzzle below: 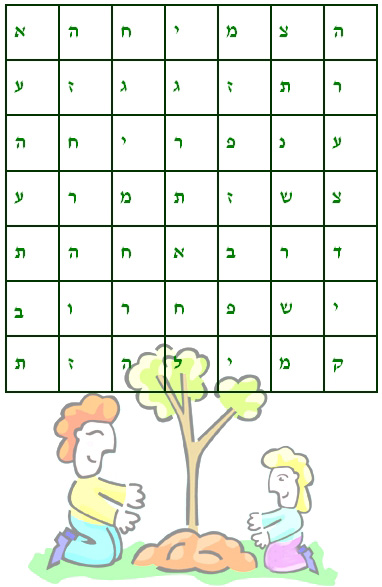 Learn Hebrew: Olives
Should I Break Up, Get Engaged or Keep Dating?
Time Is Your Precious Commodity
A Constant World in Flux
Comments
MOST POPULAR IN Hebrew
Our privacy policy