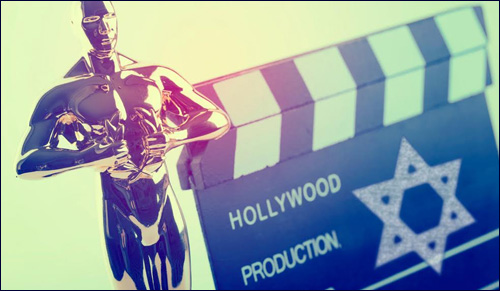 The 89th Academy Awards ceremony will honor the best films of 2016 and will take place on February 26, 2017, at the Dolby Theatre in Hollywood. The Oscars will be awarded in 24 categories and ten films will vie for Best Picture in a crowded race this year.

Many fine films obviously do not make the cut. Among them, are many Jewish-themed movies. But it’s time for that to change. Many of these films could even be considered great. “Could” being the operative word.

Due to my predisposition for rooting for the underdog, I proceeded to find and view the majority of these Jewish-themed movies. And I’m here to tell you that they are indeed well worth both yours and the Academy’s time.

When 12 year old Rivka Blatburg’s mother Chava hires a series of exorcists in an attempt to rid her daughter of the demon that is clearly causing her to insist on having a Christmas tree, nothing seems to work. That’s when a friend recommends the city’s only Jewish exorcist, Moishe Feinberg. Feinberg proceeds to give the demon a run for his money and it becomes clear that this demon has never encountered the power, stamina and resources of a Jewish exorcist. Standout scenes include Feinberg’s two hour screaming in Yiddish for the demon to depart, Feinberg challenging the demon to a game of Mah Jongg—with the loser having to immediately depart, and Feinberg spinning his own head around while singing “Sunrise, Sunset” from “Fiddler on the Roof”, to freak out the demon.

Gone With the Blintz

Rivka is a manipulative Jerusalem belle living in the turbulent times of the Six Day War. She is a woman who can deal with a nation at war, her father’s blintz factory burning, the armies of Egypt, Jordan and Syria carrying off everything from her beloved Tarawitz, the wholesalers who arrive after the war. Rivka is beautiful. She has vitality. But Mendel, the man she has wanted for so long, is going to marry his placid cousin, Esther. It's the history of a selfish woman who doesn't want to admit her feelings about the man she loves, and finally loses him to a woman who, obviously, isn’t even half as cool as she is.

The defense and the prosecution have rested and the jury is filing into the jury room to decide if a young baker is guilty or innocent of murdering his best friend by serving him an arsenic-laced everything bagel. What begins as an open-and-shut case of murder soon becomes a detective story that presents a succession of clues creating doubt, and a mini-drama of each of the jurors' prejudices and preconceptions about the trial, the accused, arsenic, bagels, schmears, and each other. Based on the play, all of the action takes place on the stage of the jury room. Except for one brief field trip to Yehuda Feinblatt’s Bagelcatessen.

The Treif Forces, under orders from cruel Mendel Vader, hold Princess Rosenstein hostage in their efforts to quell the rebellion against the Rugelach Empire. Chaim Schulwalker and Latke Solo, captain of the Dreidel Falcon, work together with the companionable droid duo ME2-U2 and C-4YourSelf to rescue the beautiful princess, help the Rugelach Empire and restore freedom and justice to a significant portion of the Bronx. May the horseradish be with you. (Because, really, what’s gefilte fish without it?).

Raiders of the Lost Dreidel

The year is 1936. An archeology professor named Jerusalem Jones is venturing through the jungles of the Bronx searching for a golden statue. Unfortunately, he sets off a deadly trap but miraculously escapes. Then, Jones hears from a museum curator about a biblical artifact called The Lost Dreidel, which can hold the key to human existence, as well as amuse very young children for at least eight minutes. Jones has to venture to vast places such as Brooklyn and Queens to find this artifact. However, he will have to fight his goyishe enemy and a band of Nazi interpretive dancers in order to reach it.

Shmuel and Horadance are the two leaders of the Mezuzah-on-the-Door-Frame Gang. Shmuel is all ideas, Sundance is all action and skill. Paramus, New Jersey is becoming civilized and when Shmuel and Horadance rob a vegan restaurant once too often, a special animal welfare posse begins trailing them no matter where they run. Over rock, through towns, across rivers, under the boardwalk, down by the sea, on a blanket with their babies, the group is always just behind them. When they finally escape through sheer luck, Shmuel has another idea, "Let's go to Disneyland". Based on the exploits of the historical characters.

Close Encounters of the Hebraic Kind

Pig farmer Christian Christianson is one of several people who experience a close encounter of the first Hebraic kind, witnessing an El Al Airline plane flying through the night sky. He is subsequently haunted by a matzoh ball image in his head and becomes obsessed with discovering what it represents, putting severe strain on his marriage. Meanwhile, government agents around the world have a close encounter of the second Hebraic kind, discovering physical evidence of otherworldly visitors in the form of pastrami sandwiches on rye that went missing decades ago suddenly appearing in the middle of nowhere. Roy and the agents both follow the clues they have been given to reach a site where they will have a close encounter of the third Hebraic kind: mutual complaining.

Rebel Without a Bar Mitzvah

Reuven Rabinowitz is the new kid in town. He has been in trouble elsewhere; that's why his family has had to move before. Here he hopes to find the love he doesn't get from his middle-class family. Though he finds some of this in his relation with Tsipporah, and a form of it in both Yitzchak's adulation and Mordechai's real concern for him, Reuven must still prove himself to his peers by means of Manishewitz bottle fights and "chicken" games in which the troubled kid must match wits with a smart chicken by competing to answer questions about the Torah. It’s the kind of story Shakespeare would be writing today if he was still alive, Jewish, deeply insecure, and could find no other reasonable work.

Son, I'm Not Perfect
Why My Iranian Mother Didn’t Want Me to Become a Religious Fanatic
The Jewish History of Prague
Why the Sexual Revolution was Bad for Women
Comments
MOST POPULAR IN Jewlarious
Our privacy policy
Aish.com Is Looking for Great Writers