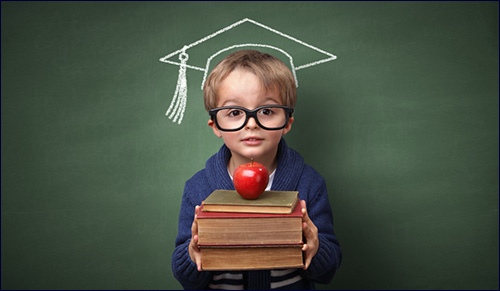 As a teacher my students always ask me what school teaches them about real life. Here’s what.

It’s back to school time! And if you’re a student, I bet this is news to you.

Well, that’s kind of like saying that recess should be for half the day.

“Recess SHOULD be for half the day!”

1.How to write quickly while someone else is talking.

But of course you have to go to school, so you can learn things that you need to know once you get out into the real world.

“Wait, so you’re taking me out of the real world for the majority of the year to teach me things I need for the real world? Also, I’ve been out in the real world, during my tiny vacations, and not once did anyone ask me to explain the Civil War, or to make a tiny volcano, or to confiscate a linking verb.  Whatever that is.”

I’m actually a teacher at a Jewish high school in real life, and I constantly find myself arguing with students who are absolutely sure they’re not going to use any knowledge at all in real life.  And they haven’t even decided what they’re going to do with their lives. Apparently, they want no one to teach them anything until they decide, so they can make their decisions based on no information.  I can say, “Well, if you do X for a living, you’re going to have to know Y,” and they’ll say, “Oh.  Then I don’t want to do X for a living.”  Good luck searching the world for a career that you won’t have to use any knowledge for at all.

Because that’s the secret of school that I don’t want to tell them (Don’t worry, they don’t read anything I write anyway): Most of what you learn in school isn’t even in the textbooks. The book knowledge is just a framework to learn these other skills that you’ll need for life, no matter what you do for a living such as:

1. How to write quickly while someone else is talking and not miss any of what he said because you were writing. Best case scenario, you’re always at least one word behind. And he just keeps going. It’s like the teacher isn’t even aware that people are writing down what he’s saying.  He can’t be. If he let himself be aware of it, he’d be very uncomfortable. Imagine if every time you said something, everyone around you wrote it down.

“Did you write that down? Are you writing down what I’m asking you right now?! Stop writing! This isn’t on the test!”

2. How to manage your time when you’re not in charge of it – There’s your wife, your kids, your boss, your shul, and your kids’ school (you thought you got out of school years ago, but it’s still there, ruling your life), and they’re all making demands on your time, and none of them seems to be aware that the other ones exist.  And it’s up to you to figure out how to juggle it but still keep that unawareness intact.  This is a skill that builds slowly as you advance through the grades, which is why, every year, they keep saddling you with more and more teachers at a time, to the point that you have about forty teachers, and all of who, you’re convinced, are coordinating their schedules so that they all give finals on the same day.

3. How to make a random object such as a book last an entire year in relatively good condition.  This is good practice for when you have to borrow something from, say, your neighbors, and they expect to get it back in the same condition they gave it to you, and also in the same year.  They don’t want to see that you dropped it off the roof to see what kind of sound it makes, or you used it as a pillow on your lap in a public bathroom, or that you covered the entire thing in yellow highlighter. And you can’t even blame the last person who borrowed it.  It’s not like textbooks, where you can clearly see the records of every person who had your book for the past 35 years, as well as how many of them had names that were clearly made up.  Or else they had ridiculous parents.

4. How to memorize what someone said, even if it’s wrong. My wife must have excelled in this in school. She can remember things that I said that were wrong for years after I say it, and pull them up last minute. That’s also not what I mean. What I mean is that even if you believe the teacher’s wrong about something, the only way to get it right on the test is to give his wrong answer. So it’s not about knowing the right answer, it’s about filling in papers with things that don’t necessarily make sense to you, in the hopes that they’ll make sense to the person reading it. Kind of like doing taxes.

5. How to ration a limited amount of food over the course of a day. Your parents give you two snacks. Or three snacks. Or ten. It doesn’t really matter, because if they’re any good, you’ll have finished them before you get to school, and if they’re not, they’re going to sit at the bottom of your knapsack until Passover. So you have to learn to make your food last until you get home, and also keep it away from whatever’s growing at the bottom of your knapsack.  The best way to do this is eat it all at the beginning of the day and then hope it holds you over.  But you will learn that as an adult, you’re going to have to do the same thing at work. Or, if you work at home, you’re going to have to pretend that you don’t have an entire kitchen in the next room.

6. How to be on time for things, and the consequences of not being on time for things.  Yes, arguably if you’re too young to drive, it’s not your fault when you’re late. That’s why there’s recess. Can you come on time when you haven’t even left the property?  Even if you show up panting and smelling like basketball, it’s a start.

7. How to make it seem like you’re knowledgeable about something when you really aren’t. How could a student argue with a teacher about whether he needs to learn a subject, when the teacher knows everything there is to know about the subject and the student hasn’t listened to a word all year? You’d think he’d be at a disadvantage here.  But the key is to learn to sell it like you aren’t. It’s kind of like when your 3-year-old asks you how gravity works. How should you know?  You’re not a science teacher.  All you know is it has something to do with bigger objects attracting smaller objects, which is kind of why every time your kid spills something, some of it ends up on you.  Yes, maybe you should have listened harder in science class, but instead you spent the year sharpening this skill of pretending you know things. Time to shine!

So that’s what you’re doing in school. Yes, there are official class subjects, but that’s not what you’re learning for life.  You’re going to forget most of that after the tests. The way you learn the actual subjects is when you’re an adult and you’re helping your kids with their homework and it comes back to you in vague pieces.  It turns out that you don’t really retain things until the second time you encounter them.  That’s what school is good for – being that first time. So as far as book knowledge, parents gain more from school than kids do. Which is only fair, because we’re the ones paying for it.