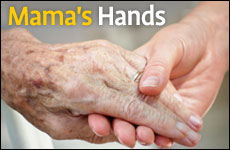 Every wrinkle held a story.

I always knew there was something special about my grandmother. Mama, as we lovingly called her, was a unique individual. Her face shined with a warmth that was unique and almost other worldly.

Mama was a twin, born in Emden, Germany in 1904 to a warm European family; she was the 11th of 12 children. As a child, Mama was said to be spunky and full of life. She would tell us many stories of the pranks she pulled on her older brothers and sisters, all in jest and in good taste. Mama married my grandfather and together they braved the horrors of Nazi Germany and France, managing to survive like so many others, only by sheer miracles. 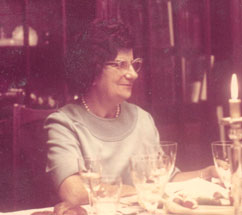 Mama was filled with the strength, dignity and courage that come from triumphing over adversity. She was fearless and bold. Once, later in life, when a burglar followed her into her Manhattan apartment throwing her down to the floor and demanding money, she picked herself right up, handed him some money, offered him a drink and ushered him out.

Despite the many challenges that Mama endured, her joie de vivre shined brightly throughout her life. Her handbag was always filled with treats to distribute to children and you could always find a warm smile on her face. Mama lived until 101 years old and her eyes twinkled with the sparkle and spunk of a child.

Even as a child I could sense that Mama was a woman of great character and strength, but what stood out most to me about Mama were her hands. When I was a little girl I would hold Mama's hands and marvel at the many creases and wrinkles. I would often wonder how my grandmother's hands got so many wrinkles. Those wrinkly hands glowed; they were warm and soft and would embrace my hand with love.

As I grew up and got to know more about my Mama’s life, I began to understand more about each fold and crease on Mama's hands. I discovered that each wrinkle held a story, each crease a lesson. There were the creases that told of kneading the challah dough for Shabbos and lovingly lighting the holy Shabbos candles each Friday evening.

There were wrinkles that spoke of the miracle of finally caressing her own babies after 15 years of marriage.

Then there were the creases that testified to my grandmother's harrowing arrest by the Nazi's and her experience in the infamous Gurs concentration camp in France.

There were the wrinkles that told of the many love letters that Mama wrote to her husband while he was imprisoned in a forced labor camp in Nazi occupied France, precious letters that we still posses today.

The creases that formed from lovingly stirring large pots of food for Jewish orphans in the French run OSE home for children. And the creases that stored the pain of comforting and hugging those small children bereft of parents in Nazi occupied France.

There were the wrinkles that spoke of the miracle of finally holding and caressing her own babies, the ones my grandmother waited so long for, after 15 years of marriage. Of course there were the wrinkles that told of the fear and courage of shielding and hiding her precious babies from the prowl of the evil Nazis. Finally, the creases also spoke of embracing each of her very beloved grandchildren and great grandchildren. 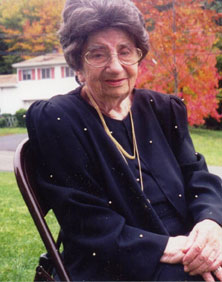 The many folds in Mama's hands each held a deep story. Some spoke of love and laughter, others of pain, struggle, grief, survival and hope. Mama's hands had a gentle glow, they were wrinkly and beautiful. They shined with a light borne of hard work, perseverance and unshakable faith.

The last time I held Mama's precious hands was right before she took her last breath at 101 years old. Mama's hands were still glowing and I can still feel the warmth they transmitted. Those hands, with their many folds, each telling a different tale, transmitted more than just warmth. Those hands holding mine transmitted the eternal flame of faith from my grandmother's holy soul to her future generations.

Neurosurgery for My Newborn

Touching the World of Angels

Roller Skates
Scientific Curiosity and the Divine Encounter
Mind Over Milkshakes
Love the Convert
Comments
MOST POPULAR IN Family
Our privacy policy
Aish.com Is Looking for Great Writers