How far does honoring parents go?

One of my closest friends, let's call her Sarah, has a very difficult mother who lives with her. Her mother is abusive, verbally and sometimes does physically (like throwing kitchen stuff). Sarah's mother is now in her 80’s and has had illnesses. Sarah has always cooperated with the doctors and arranged everything for her mother. She cooks , does laundry, takes her mother to the doctor, changes her bed sheets etc., but the mother sometimes calls the food “dog food,” blames Sarah for her father's death and says that she wishes she had never given birth to her. The mother tells people horrible things about her. Sarah hears her on the phone saying things about her.

Sarah's spouse is ill and the mother often stares at the spouse and makes fun of the person. It’s a terrible mess. This abuse has been going on since Sarah was young, and she has always been praying to God to help fix things with her mother.

I have begged Sarah to ask her mother to move out of the house, but the mother just asks for money to move and refuses to go. It's very hard on her to deal with this on a daily basis, but she wants to do the right thing and still look after her mother. According to Jewish law, is Sarah required to put up with this?

Thanks in advance for your help and suggestions.

For starters, your friend is fortunate that in the midst of the trials and tribulations of so difficult a life, she has a person like you who is concerned and cares so deeply about her.

Having said that, it must be pointed out that the question posed here is not one articulated by Sarah; it comes from you, a devoted friend, but a second party nonetheless. We often erroneously assume that our perception of a given situation mirrors and coincides with that which is the reality of the other. We project our feelings and assessments about a given scenario on another individual. The why's, wherefores and how's of the choices that people make in their lives are very complex and not easily distilled or fathomed by an outsider.

You question the parameters of Jewish law on the matter of honoring one’s parents. The response is that we are obligated to honor our parents to the extent that we have to provide for their needs, i.e. food, shelter and means of getting where they need to go. If they have means, we may use their resources before our own. If we are not personally able, in a hands-on manner, to meet these requirements, i.e. living at a distance, etc., we may delegate the responsibility to others. The point is that their basic needs be met.

If parents are abusive or the relationship is a toxic one, children are not obligated to tolerate pain or suffering.

It must be noted, however, that psychological and emotional factors have weight in the equation. If parents are abusive or the relationship is a toxic one, children are not obligated to tolerate pain or suffering. They may provide for their parents’ needs from a distance or through others. Subjecting oneself to unnecessary punishment is not mandated, indicated or desirable from a Torah perspective.

The Talmud relates the instance of one of the great Sages who had a mentally deranged mother. It describes the abuse she subjected him to even in public settings. On one occasion, he was holding forth to an august body of scholars and his mother strode into the study hall and lashed out at him in front of the entire assemblage. The rabbi did not flinch or react. Clearly, he did not take it personally. He waited for her tirade to end and gently and lovingly escorted her out.

Remarkably, there are those who can transcend their personal feelings and involvement. They are able to temper the hurt and pain by adopting an observer’s stance rather than a personal one. They are able to look from the outside in as though hovering above the interaction with an objective curiosity. This posture is a product of understanding the unhealthy place from which the parent is coming and as such what is driving the aberrant behavior. Awareness of the pathetic lack of well-being that is at the root of the presenting behavior allows for compassion and empathy to replace anger and resentment.

Moreover, dear reader, you as an outsider are applying your logic, your own unique mental perception to a situation that is clearly emotionally and psychologically driven. The relationship between children and parents defies logical analysis. The mind cannot plumb the depths and intricacies of the parent/child relationship. Scores of books have been written on the subject, but the last word, a definitive and all encompassing elucidation of the mysterious bond between parents and their offspring remains elusive.

Witness the many recorded and astonishing cases of battered children who prefer returning to their abusive biological parent - the perpetrator - rather than accept protection from a surrogate, proving again the hardcore emotional attachment that cannot be explained. There are those who suggest an intense drive exists on the part of a child, young or old, to be redeemed - to have the caretaker who originally gave the child the message he or she is unlovable - to change the parent’s mind and tell the child he or she is indeed valued. This quest for love and approval is ever present and never ceases.

As an aside, it is instructive to note that in Marriage Course 101, one is cautioned against the cardinal offense of attacking the parents of one’s spouse in marital disputes. Even when the criticism is totally valid, parents are unfair game in arguments. Arguably, it would constitute an example of hitting “below the belt,” a place where the spouse is rendered defenseless because the parent/child relationship is not defined by logic, and the truth in these situations is irrelevant. Bottom-line, criticism of one’s parents, factual as it might be, hurts to one’s core.

Abandoning a mother, no matter how insufferable she may be, especially one in her eighties, is not a pleasant prospect.

Dear reader, it is clear and evident from your description that your friend’s relationship with her mother, even in its unfortunate and toxic state, is nevertheless a long standing one. It is obvious as well that the horrors shared with you notwithstanding, she has still made her choice. It is very likely that in weighing her options, for her this scenario remains the least of all evils. Abandoning a mother, no matter how insufferable she may be, and especially one in her eighties, is not a pleasant prospect. If your friend would have really wanted to go that route, she would have done it a long time ago.

Consider Maureen whose mother had “never been there for her.” Her upbringing was a painful one. Her mother battled depression and was virtually non-existent in her life. Maureen experienced acute emotional deprivation for much of her life, feeling “unhinged” particularly during her adolescence and in search of something to fill the void in her life. Her spiritual journey led her to an observant life that gave her a handle, a sense of purpose and meaning in dealing with situations that were less than desirable.

Her mother took ill and despite all the feelings of past disappointments that flooded her mind and could have dictated her behavior, she took the high road. She built an extension for her mother in her own home and nursed her through very trying times. When her spirits fell from time to time, she was boosted by her support system, her friends who were always there to encourage her. In the years following her mother’s death, Maureen considered the decision to take care of her mother, despite the myriad of difficulties that entailed, the proudest moments of her life.

My advice to you, my dear deader would be to apprise Sarah that her Torah responsibilities entail no more than seeing to it that her mother’s needs are met; ideally through herself, but in the instance where the emotional price is too high, to provide such through a third party.

Above and beyond that I would encourage you to give your friend whatever support you can to discharge what she perceives as her responsibility. It is not useful or productive, however well meaning on your part, to encourage her in the direction she seems loath to take. Recognize and appreciate that there is much to be said and great respect to be extended to someone who is willing to pay such a steep price for the value of caring for a parent.

Be assured as well that when it is all said and done (her mother, after all, is quite elderly), your friend’s exemplary and sacrificial behavior will escort her for the rest of her life. It will hopefully and justly be a source of great pride. She will have achieved the distinction of having behaved in an exalted way when the going was tough and the chips were really down – and not too many people can boast of that.

Modesty in the Classroom3 min read 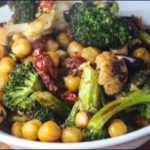 What Love Is1 min read

Beets as in Borscht8 min read