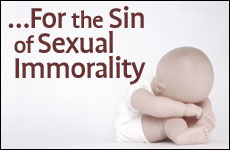 Silence may be golden, but not when abuse is involved.

Karen's older brother told her that there was nothing wrong with him touching her body. And he seemed to know a lot more at age 14 than she did at age six. This progressed gradually and steadily from touching above the clothes to actual rape that continued for years. Eventually Karen's older brother went on to get married and have a family, appearing just fine to nearly everyone in the community. He left his younger sister, now in her late twenties, emotionally, sexually and spiritually crippled.

There are 50 young women with backgrounds similar to Karen's in just one recently formed support group for women. They all grew up in Jewish homes and they have all been sexually abused. These are the ones who have the courage to step forward.

Thank God it is now beginning to come to light, and victims are starting to learn that they are not the only ones with this secret corrosive problem. We have the opportunity to take necessary constructive actions. Not only can we support those who are already victims, we can implement effective prevention education to stop the growth of abuse in our communities.

It's not only teenage older brothers or cousins with characteristically raging hormones who can become abusers. Approximately 80% of sexual abuse is committed by a trusted family member or family friend, with roughly 15% being committed by teachers, coaches, youth group leaders or clergy. Less than 5% of sexual abusers are strangers to their victims. This makes sense because gaining the trust of the victim is a prerequisite in the grooming process leading to sexual abuse occurring and not being reported.

Silence may be golden, but not when abuse is involved. Abuse thrives in silence.

Karen, at age six, needs to be taught that she has the right to say “No!” to any unwanted touch.

Karen, at age six, needs to be taught that she has the right to say “No!” to any unwanted touch -- even if it's from an older brother or an uncle. David, at age four, needs to be told that nobody should touch him in the private areas that are covered by his bathing suit, unless it is for health or hygienic purposes, no matter who the person is. Debbie, at age nine, needs to learn to tell a trusted parent as soon as possible if anybody attempts to touch her in a confusing way.

On Yom Kippur, a day when we face our transgressions, we read a portion of the Torah that explicitly delineates many sexually immoral acts. And every one of these immoral acts can be summarized by the seventh of the Ten Commandments, "Lo Teenof" (Exodus 20:13). It is usually translated narrowly as “Do not commit adultery,” but it is more broadly interpreted by most Torah commentators as “Do not engage in illicit sexual activities.”

And each commandment between an individual and God corresponds to the directive that is in the parallel column, between individual people. So the seventh commandment against engaging in illicit sexual activity corresponds to the second one -- to not go after other gods. Engaging in idol worship involves surrendering one's self to powerful destructive forces, just as engaging in illicit sexual activities does as well

Someone who betrays the marital relationship betrays God as well. Engaging in illicit sexual activities basically comes down to demonstrating disregard for another's rights, and since we are all made in the image of God, each illicit act demonstrates a disregard for the reality of God as well.

Judaism is not about denying physical pleasures. It's about recognizing spirituality within physicality, thereby enhancing one's pleasure as much as possible. Every material blessing in our lives contains within it the potential to bring us to the greatest spiritual heights. Intimacy is a God-given gift, and when used to reinforce a sense of oneness and unity in marital relationships, it has the potential to simultaneously draw people closer to each other and closer to God.

Involvement in prostitution, pornography, incestuous relationships, molestation -- all abusive behaviors -- come under the umbrella of sexual immorality. Not only do these behaviors cause the perpetrators to deny their own spiritual essence, as well as that of the individual being victimized, they also cause the victim to lose sight of the connection to his or her spiritual essence.

We can see more clearly how this operates through focusing on one of the basest examples. A small and innocent child learns to trust from trusting those who are older, wiser, and bigger than he is. A child also learns to trust in God from trusting those older than him. When an adult or older teen in this child's life abuses him, he learns repeatedly not to trust in God because he feels that he is not being protected in the most intimate ways.

When a young person has been repeatedly abused, the child very often stops thinking of God as being loving. God comes to be viewed as unjust and cruel, like those he trusted who turned out, instead, to darken his life. Little by little, the child's image of God becomes drained of its light.

Thankfully, even when children are sexually abused, their spiritual essence can never be completely destroyed. The pure flame within can be dimmed, but no matter what, the indestructible spark remains in each child. That spark, that neshama, that spiritual essence is what we need to strive to recognize. And it is what the survivors of abusive, illicit relationships need to work hard to re-discover within themselves.

When we make a choice to follow our divine directions, instead of careening toward danger, we can be aroused to recognize the spiritual essence of every physical blessing. Through respecting and appreciating the Divine connection that we all share, we can achieve the greatest heights of genuine lasting pleasure.

The Best and Worst Commencement Speech of 2019

A Beggar and a Man

This Couple is Responsible for Over 2,000 Jewish Adoptions

The Single Word That Changed My Life
For Every Individual, A Torah Scroll
Allegiance To The Monarch
Meet the Real You: Yom Kippur
Comments
MOST POPULAR IN Current Issues
Our privacy policy
Aish.com Is Looking for Great Writers