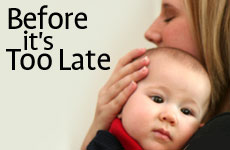 Holding on to my brush with death.

Even now, one year later, it is difficult to write about.

It was a hot Israeli night, the rubber of the bus tires steaming against the pavement; the moon looking like it was lit by orange embers. My husband and I were off to Jerusalem for an outing, just the two of us, our brood of young children left behind with a babysitter.

After a lovely evening we boarded the bus back home to our city, half an hour away. We entered the city limits and the bus ambled towards the first stop. The driver opened the doors of the bus and suddenly he stood up

"Who threw this?" he said. He held an olive pit in his hand, oblong and sharp. It was hard to see under the murky lighting of the bus. The passengers stared back at him, uncomprehending.

The driver was insistent. "Someone threw this on my bus!" I looked at the sea of faces, men returning from work, women clutching infants on their laps. Then I looked at the driver, an Arab from a neighboring city, much like many of the drivers our bus company hired. His face was brooding. I looked away.

"Let's get off the bus," I said to my husband, a nervous flutter in my stomach. "We'll figure out our own way home."

But it was too late. The driver slammed the doors shut and sat back down in his seat. And then he began barreling down the road.

"He's going too fast," I said to my husband. The driver picked up speed and we were throttling down the hill, over speed bumps, the bus careening every which way.

"Call the police!" someone yelled. People ripped cell phones out of their pockets as the driver made random turns, the bus careening like an out of control machine. Suddenly I saw the driver headed toward a gate that bordered on a deep valley. I had heard of terrorist attacks of this nature before.

We're going to die, I thought. Our children are going to have no parents, heaven forbid.

While people frantically called the police, I hung my head out of a narrow stretch of window at the top of the bus.

"Help!" I screamed. "The bus is being hijacked!"

It was nearing midnight and the streets were desolate save for a lone pedestrian here or there. A man looked up and stared. He could see me waving my hands and screaming but he couldn't make out what I was saying. He looked helpless, but he couldn't have felt half as helpless as I felt.

The driver continued up the hill.

"If he wanted to kill us," my husband said, "he would have ditched into the valley. He's just trying to scare us. Trust me."

I prayed that he was right. I thought of each of my sweet, beautiful children. I thought of the unborn child within me that might never have the chance to experience the wonder of this world.

"He's heading towards the entrance of the city," someone yelled.

Oh God, I thought. Please let them stop him at the city entrance.

Just then a patrol car swerved in front of the bus, blocking his path. The driver stopped the bus and the officer got out and banged on the door. The doors opened, releasing the shaken passengers.

The passengers crowded around the police officer, wanting to help in pressing criminal charges.

"We should go give our testimony," my husband said.

I shook my head, shaking. "No. I just want to get home to the kids."

We ordered a taxi and made it home, apologizing to the babysitter for the delay. Then I sat down on the couch and I cried my nearly broken heart out.

It is difficult to live your life as if perched on the precipice of tragedy.

Over the past week, I, along with thousands around the world, have been following the story of the horrific crash on the Taconic State Parkway which killed eight people -- many of them small children. Sweeping all controversy aside, it is clear that there were many innocent victims here, and for that America mourns. In eulogizing his three daughters, Warren Hance broke down and said, "Love your children, cherish your children, kiss your children, and do not forget..."

I cannot compare my near encounter with the loss that this poor man has suffered, but it did bring me back to a few moments in time when I thought that I might never be able to hold my children again.

It is difficult to live your life as if perched on the precipice of tragedy. Within days of my experience I found myself back in my old habits, loving my children but feeling the usual frustrations of motherhood. But now I had a tool to help me through it -- a memory which helped me to reframe my perspective.

Unfortunately, Warren Hance doesn't have the opportunity to put his newfound perspective into practice.

But I still have the chance. And hopefully, so do you.

Give them one extra cuddle at bedtime, those five minutes to help your child fix their computer, one phone call you don't answer in lieu of spending time with your child.

9 Ways to Discourage Your Teens from Swearing

The Cancer of Anti-Semitism in Europe
Bechukotai 5782: Divine Retribution
Behar 5782: Working to Live or Living to Work?
The Wholeness of Being Broken
Comments
MOST POPULAR IN Society
Our privacy policy