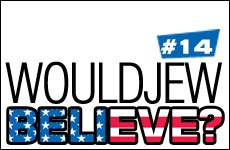 "WOULD IT KILL YOU TO FIND A NICE JEWISH COMMUNE?"

When you think of the word Kibbutz, images of tanned Israelis in shorts, living together for protection, unification, and the development of agriculture and greenery in a once barren land leap to mind. But there's a new model right here in United States. The Seattle-based Ravenna Kibbutz, also known as a "neo-shtetl," is one of the very few outside of Israel. (Others are in Brooklyn and Toronto.) Unlike the Israeli model, Ravenna is primarily urban, though they grow as much food as possible – and are gearing up for chickens! Founded in 2007 by Joel Rothschild, 30, from Olympia; Masha Shtern, 25, from Moscow; Tamar Libicki, 24, from Columbus, Ohio; and Azura Newman, 31, from southern Michigan, the Kibbutz, home to over a dozen Jewish residents, is a cluster of three houses located on a quiet residential street near Bagel Oasis and Tree of Life Judaica at Seattle's North End. They maintain kosher facilities for Orthodox members and the Kibbutz is in walking distance of Seattle synagogues representing nearly every denomination. Residents share chores and pay rent based on room size and event-planning duties.

The Seattle-based Ravenna Kibbutz, also known as a "neo-shtetl."

Perhaps more Jewish "co-housing" than Kibbutz, they share an objective: to bring Jews of all denominations together toward unity, empowerment, and the development of a vibrant Jewish cultural life for themselves and others. Ravenna is multi-generational, but the spirit is young. The founders and residents alike are eager to keep Jewish youth in the fold. By providing co-sharing living, with lower prices, and connection to other young Jews, they seem to be doing just that!

Of course, Jewish holy days are celebrated, but Kibbutniks also reach out to the community at large with bagel bakes, coffeehouse nights, pot luck dinners, kayaking, pita-making classes, and open Shabbat dinners. These are becoming so popular, "the three founders have two opinions!" Keep the crowds down – or buy bigger tables!

So, when we ask, "Would it kill you to find a nice Jewish commune?" Now you can! While living and working together, debating, eating, sharing Jewish cultural life – and singing a rousing rendition of "Hava Nagila" – to the "rafters" of the Space Needle.

Shtarbing (dying) for a nosh at JFK? Or a hot dog at say, Fenway Park? Those who keep kosher no longer have to shlep waxed papered goodies from home, thanks to kosher food service, and business entrepreneurs Doron Fetman and Alan Cohnen. When their Kosher Vending Industries, (KVI) introduced America's first kosher vending machines three years ago, they knew more than the food was Glatt! The idea was also "gilden."

Located in Valley Cottage, N.Y., KVI has wowed the "vending" world by providing Glatt Kosher munchies – including pizza, fries, burritos, quiches, and blintzes – to a variety of high profile venues, including arenas, stores, zoos, and hospitals through their brand, Hot Nosh. (They also have meat machines.) Continued expansion is all but guaranteed as "Kosher" has become a worldwide $14.5 billion industry servicing Jews and non-Jews alike. In fact, it was recently announced that KRH Thermal Systems Inc. has acquired the company and will merge management to expand this successful solution to accessing hot Kosher food on the go.

HOW GREEN ARE YOUR MITZVAHS?

Parents Alert! Planning a Bar or Bat Mitzvah? The latest trend will have you thinking Green as eco-friendly celebrations are now the rage, replacing the wild 'n crazy "hoopla themes." Less guilt? You bet. More gelt. You bet. And event planners have jumped in to help families plan affairs in strict accordance with environmental policy – at 20 thou to half a mil. With pleasure, I give you free tips cheaper (but we wouldn't turn down a donation to Jewlarious):

1. Recycle formal wear. Little David or Sara needn't pay $500 a pop to make the passage in style. Has Dad or a Tante a special suit or dress in the back of a closet they once wore? Alter and go retro. Or, recycle through re-sale shops.

2. Invites: Do e-mail. Use recycled paper. Or (my personal favorite), instead of bling ‘n bow invitations, send donation cards/certificates with the 411. Each invite becomes a contribution.

4. Food: Do Kosher the natural way with organic, locally produced food, and ask a food bank to distribute leftovers.

Is "Green" just another pop culture fad? Maybe. But unlike like the Star Wars and Barbie bashes, greening has meaning, which beats paying a fortune for Skipper ice swans and "Beaming up" the Bar Mitzvah boy!

Here's a piece of hilarity I learned while I was writing "As the World Turns" that I've "held back" for years. But after getting countless "insider" confirmations, I'm now "sharing." Here's the "dirty" drift. Years ago, Procter & Gamble tested a new detergent, with lousy results. The execs were stymied. Enter one Jewish VIP. Eureka. It seems the Grand ol' Cincinnati Soap Company name their product ... "Dreck" And "tested" it in New York City, yet. Once their Jewish colleague enlightened them, Dreft was born.

Edward Snowden and my Bubbie Yetta