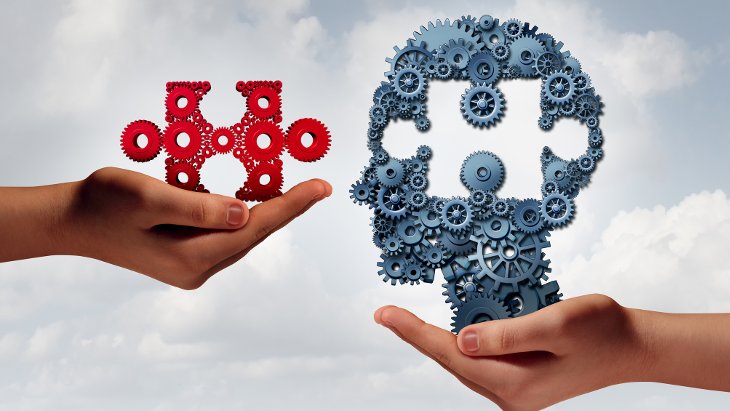 What makes the billionaires, top artists, greatest athletes and other high achievers stand out from the pack?

What are the secrets of the most successful people and high performers on the planet?

Modern research has shown that it isn’t some special talent, gift or brilliance. Rather, what they all have in common are “success habits”, the daily routines and rituals that they remain unwaveringly committed to.

These powerful habits can all be found in Judaism and every one of us can apply them to become the best version of ourselves. Here are the top five:

1. Morning Routine for Body and Soul

The slogan “Conquer the morning, conquer your day” is the modern-day version of the very first line in the Code of Jewish Law: “Strengthen yourself like a lion to rise in the morning.”

High performers carve out time before their workday begins for their own self-care of their body and soul. This usually involves an exercise routine and some sort of spiritual activity like prayer, meditation, mindfulness, a gratitude journal, or mapping out what the ideal day will look like.

The emphasis on such a morning routine parallels beautifully the emphasis in Jewish tradition of praying first thing in the morning. Additionally, long before working out was cool, Maimonides emphasized the importance of healthy eating and daily exercise.

2. Blocking Out Time to Expand Your Mind

Research has shown that no matter how busy successful people are, they take out large chunks of time every day to learn something new, either by reading, taking classes or listening to a podcast. It is not unheard of for CEOs of major companies to read 3-5 hours a day.

From a Jewish perspective, blocking out time every day to study Torah is part and parcel of life for even the busiest people. As Ethics of our Fathers says, “Make a daily set time for Torah”. While the areas of Torah study range widely from a daily page of Talmud to a section of the weekly Torah portion, to ideas on self-growth or mysticism, the common theme is that those who set aside a sacrosanct portion of their day to learn will sharpen and expand their mind.

Whether it is the pro-athlete who visualizes what victory will look like, or the entrepreneur visualizing closing the big deal, or the artist visualizing the completed creative project, the powerful effects of the mind on shaping reality have become a well-documented phenomenon. Taking even a couple of minutes to create vivid images as to what you want any scenario to look like can create a massive shift in how that scene will actually manifest.

This powerful effect of the mind impacts our spiritual state as well. The Talmud teaches us a powerful rule: “one’s thoughts are considered as actions”. The great commentaries understand this to mean that our thoughts can impact us just as powerfully as our actions can. It is for this reason that the great masters of self-growth would advise their student who was struggling with certain character flaws to spend time visualizing themselves in potentially dangerous situations and overcoming the challenge. Their visualizations would impact their thought patterns and help them succeed when the challenge actually arose.

4. Surround Yourself with Positive People

“You are only as happy/successful as the five people you spend the most time with.” The energy of those that we surround ourselves with makes an enormous impact. Their positivity becomes our positivity. Their tendency to dream bigger leads to the expansion of our dreams. Their positive outlook on the world and on others becomes our perspective as well. And their encouragement and belief in us becomes the impetus for us to view ourselves in a brighter light. And when we are surrounded by the wrong people, the opposite is true.

This was the intent of King David when he opened up the Book of Psalms praising the one who doesn’t “sit in the company of scorners”. Don’t hang out with negative, cynical people; they just get drain your energy and get you down.

High performers realize that they need to occasionally disconnect from the information onslaught. They make sure to schedule times where they can get away from it all and just “be”.

Shabbat is one of the great gifts of the Jewish people. We unplug for 25 hours, giving our minds the opportunity to recharge and refuel, so that we enter the coming week with our full energy, creativity, and genius. This practice can be done for short times daily as well. The great sage Rabbi Shimon said in Ethics of our Fathers (Chapter 1)  “All my life I grew up among Torah scholars and have not found that there is anything healthier than being in complete silence.”

These five simple success habits are not only the key to high performance; they’re the secret behind vibrant Jewish living and spiritual connection. They have the power to increase our happiness, fulfillment and productivity.

Passover: Seeing The True You

Building Your Self-Image
It Takes A Lot Of Faith To Be An Atheist
How Instagram Brought Back This Nostalgic Soup
What Makes Eli Run?
Comments
MOST POPULAR IN Spirituality
Our privacy policy