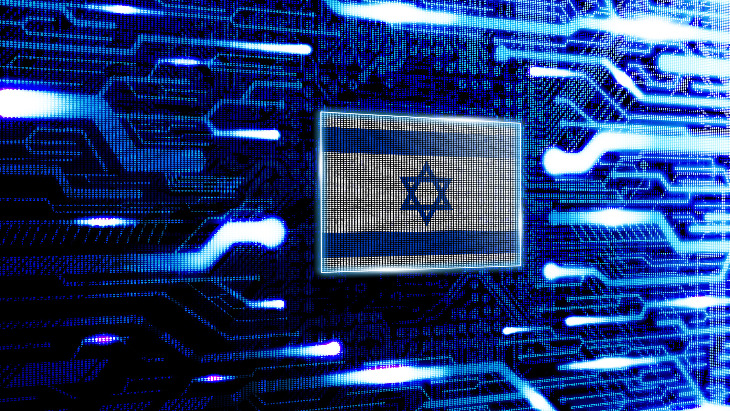 An expert on diplomacy and social media suggests ways we all can help Israel.

Israel’s recent military conflict with Hamas concluded with a ceasefire last month – but the battle over Israel’s online reputation is still going on right now.

That’s the message of Dr. Ilan Manor, a young Israeli academic who’s documented ways nations online reputations and activities increasingly impact real world foreign policy. Dr. Manor is a member of Oxford University’s Digital Diplomacy Research Group, Digital Diplomacy Scholar at the University of Tel Aviv, and the author of The Digitalization of Public Policy (Palgrave Macmillan, 2019); he recently spoke with Aish.com and shared some strategies that Israel’s Foreign Ministry is using to help wage the battle for public opinion online – and how we too can join the fight.

“Israel as a country is fighting over its image,” he observes. For some social media users, Israel is associated with positive values such as being a liberal democracy; being a modern, high-tech nation; and being a country where human rights are respected. For too many people, however, Israel’s image is in danger of becoming a caricature of a monstrous, terrible country.

“It’s a continuation of a shift that began several years ago,” Dr. Manor says, who stresses that he supports a two-state solution to the Arab-Israeli conflict. When began researching Israel’s online reputation a few years ago, experts would estimate that about 15% of global social media users were irrevocably anti-Israel, about 15% were firm supporters of the Jewish state, and roughly 70% of social media users were still open to new information and hoped to educate themselves about Israel. Today, Dr. Manor feels those numbers have shifted. “Now I think it’s about 25% (of global social media users) who are against Israel.” Perhaps just 10% are firm supporters of Israel. “It’s a trajectory that we’ve seen over the past several years.”

With Israel’s online image being tarnished by concerted anti-Israel propaganda campaigns, Dr. Manor observes “you have more and more governments that are increasingly critical of Israel.” This can hamper Israel’s chances of developing new trade and diplomatic ties. The fallout might become severe in the very near future, he warns, as more countries turn away from Israel.

One frustrating development in the battle for approval that’s being played out on social media is the use of false images. Dr. Manor noted a rise in inaccurately attributed pictures during the recent fighting. “Many images posted recently were taken from Syria, not Gaza.” Even when social media users find out that they’ve posted a picture from a different conflict, there’s little incentive to apologize or correct one’s feed: “Nobody will call you to account.”

Like other national governments today, Israel’s Foreign Ministry maintains online accounts, sending out information about the Jewish state on platforms like Twitter, LinkedIn and Facebook. The methods they use to help shape public opinion offer some key pointers for all of us in sharpening our social media advocacy skills. 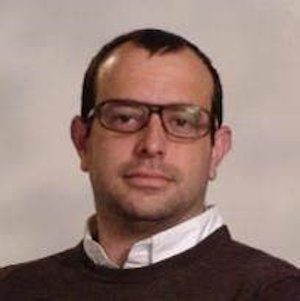 Amid simmering tension between Jews and Arabs in Israel, last Jerusalem Day – May 10, 2021 – Hamas launched seven rockets from Gaza into Jerusalem, sparking what would eventually be eleven days of brutal fighting. Thousands of rockets rained down on Israel, launched mostly from Iranian-backed Hamas forces in Gaza, as well by the Iranian-backed terrorist group Hezbollah, operating in neighboring Lebanon.

With Israeli Defense Forces (IDF) fighting for Israel’s physical survival on the ground in Israel and Gaza, Israel’s Foreign Ministry and other government agencies ramped up their social media campaigns, educating online users around the world about what was occurring in the Jewish state. With so much of the internet awash in anti-Israel propaganda and misinformation, these posts and updates served a crucial function of letting social media users access real information and facts.

For example, when the head of the UN Refugee Works Administration (which provides aid in Gaza and is often strongly hostile to Israel), Matthias Schmale, said that Israel’s airstrikes were “precise” and “sophisticated”, designed to avoid mass casualties – and also added that Gaza was not experiencing any shortages of food, medicine or water – Israel’s Foreign Ministry disseminated these remarks, helping to set the record straight about what was truly going on.

2. Use Social Media to Strengthen Alliances

Another key point Israel’s Foreign Ministry stressed on social media during the conflict was the enjoyed broad international support for Israel as it fought Hamas in a war of self-defense. When foreign leaders expressed support for Israel, Israel’s Foreign Ministry highlighted it. This has a two-fold effect, publicly thanking allies of Israel and also letting social media users know that many officials around the world stand with the Jewish state.

“#Czech FM (Foreign Minister) @JakubKulhanek & #Slovakia’s FM @IvanKorcok visited the site of a direct hit of a Hamas rocket in Petah Tikva, following the visit of #Germany’s FM @HeikoMass to the site,” Israel’s Foreign Affairs Ministry tweeted in a typical post on May 20, highlighting the broad international support Israel was receiving.

In your own social media posts, strive to do the same. When local groups or politicians express support for Israel, re-post their statements and publicly thank them. Let the social media world know that many individuals, organizations, states and groups support Israel and share their statements of solidarity.

3. Provide Background to the Conflict

During the recent conflict, Israel’s Foreign Ministry also sent out social media messages highlighting Iran’s backing of Hamas. As Israel fought for its life, it was crucial that the international community understand that the conflict was part of “a much larger conflict in the Middle East,” Dr. Manor points out. Israel also stressed Hamas’ brutal nature in denying human rights and democratic norms to the people it rules with an iron fist in Gaza.

The Ministry also highlighted Israel’s attempts to deliver aid to Gaza civilians during the recent conflict – trying to ensure that humanitarian aid reached Gaza even while Hamas fighters were still launching thousands of missiles into Israeli towns and cities from the region. “There were even (Israeli) soldiers who were injured while delivering aid” to Gaza during the fighting, Dr. Manor notes.

This image of Israel – so at odds with the caricature of Israel as an aggressor that dominated much of social media – was a crucial antidote to the slanted, biased, pro-Hamas posts that flooded the internet. Providing background and context is key, helping social media participants understand the details of Israel’s situation.

During the recent fighting, Israeli sources learned that one effective use of social media is as a platform to provide news, real time and from reputable Israeli sources. In the aftermath of the conflict, Israel’s Foreign Ministry has used social media videos to illustrate the lasting harm that Hamas rocket attacks have had on Israelis across the country.

In one heartbreaking video, a 14-year old Israeli boy named Uri shows his home in the Israeli town of Sderot and talks about what it was like to live under constant bombardment, day and night, by Hamas rockets. “You don’t feel safe” any time he explained; at any moment, he and his family and friends might have to race to bomb shelters once again. “You always feel afraid… This is something that no child should experience in any nation in the world.” Uri describes the reality of Israeli civilians in an accurate, authentic and emotionally piercing way to millions of social media users. Linking to this video and sharing it online – as well as other similar messages – can help spread this real-world testimony about what it’s like living in Israel today to a wider audience.

5. Tell Your Own Story

When crafting messages on social media, “authenticity is very important,” Dr. Manor advises. Messages that are personal and from the heart will be more persuasive than simply re-posting or re-tweeting messages that others created. He also suggests that social media users consider the target audience they are hoping to reach, and craft posts that will interest and educate your target users. Consider posting about your own experiences and personal feelings. Keeping it real will ensure that you craft a compelling message – and explain your support for Israel and what your attachment to the Jewish state mean to you.

“The digital struggle didn’t end with the military operation,” Dr. Manor notes; “It’s going on right now.” With Israel’s reputation continually being questioned and attacked online, we all can be foot soldiers in the battle to educate social media users about the Jewish state. By using social media responsibly, Dr. Manor notes, we can become “a source of information and a source of inspiration” to others.

Here are some reputable Israeli sources to link to in order to stay abreast of developments in Israel and to help craft your own online message.