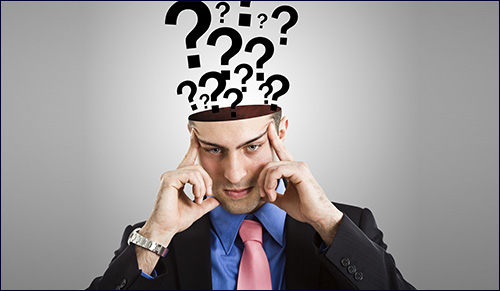 “Listen, if this interview is going on much longer, can we at least bring in a nosh?”

Face it, we Jews love questions almost as much sesame bagels “mit a shmeer.” True, we also love answers – mostly when they come from us. But from years of asking, we’ve also learned a direct question might annoy a little, irritate or make other people think we’re God forbid, whiney, needy, vilda chayas. Watch mamalas.

Esther: “So Morris, how come you didn’t ask about my heartburn?!”

Morris: “Again with the heartburn? How many times do I have to ask already?!”

Esther: “Wouldn’t I ask you about your heartburn?”

Morris: “I have heartburn?”

Do we really need this? So darlings, in 1893, We Jews invented two words I call the GF or “Guilt Flip.” Instead of the “Direct Ask,” better we should say “Don’t Ask!” right after the “So what’s new, Esther.” It’s genius. Not only can we flip the guilt; not only will MOTs (Members of the Tribe) ask already, but better, you become the brave martyr – a role you deserve for all you do anyway – which in my personal opinion, is a huge notch above a whining, needy, vilda Chaya. Compare.

Esther: “Hi Morris, darling. So how was your day?”

Esther: “What else? But I still bent over a hot oven to make your brisket and I even made schmaltz --homemade.”

Morris: “With your heartburn you even made shmaltz? Listen Darling, after dinner I’ll do the dishes, then I’ll run get the Pepto, and we’ll watch ‘Schindler’s List’ again.”

Warning darlings! This only works with our people. If God forbid you say “Don’t ask” to a Gentile they’ll actually think you mean it’s not their business, or they’ll miss their daughter’s graduation discussing your heartburn.

Yet, face it mamalas. There are those rare times you shouldn’t ask! This we’re not good at. So, as in the past, I’m here to help, which brings us to today’s topic: Questions one should never ask a prospective Jewish boss if you want a capable career with a pension. Here’s a sampling. And God willing, may you or your kinder all become CEOs.

FIVE QUESTIONS YOU SHOULD NEVER ASK A PROSPECTIVE JEWISH BOSS

Darlings, this is a very bad idea. Mr. Bigshot went to the deli for a ganza corned beef sandwich and he needs you, a stranger to see him with fatty meat hanging from his mouth? More, it just might be that unlike most of us, he’s learned the definition of interrupting, especially if you pull up a chair. From this you not only won’t get uptown, you’ll be taken “downtown” and have to explain fingerprint stains to your mother. Much better to find a connection. Every Jew knows someone with a cousin whose in-laws had a neighbor who was once friends with say, Spielberg’s lawyer’s barber. Now this, mamalas, is a normal plan to get an interview with a major macher. Put mama on the case and, trust me, he’ll see you 1-2-3!

2. “How fast can I move up the corporate ladder and make partner?”

Listen, mamalas and learn. What few know is, there were originally twelve Commandments: The Eleventh said: “Thou shalt Hire Thy Relatives Even if Thy Are Shmendricks.” The Twelfth dealt with LORPS or “Line of Relative Promotion Succession.” Unfortunately, the last two were dropped somewhere down Mt. Sinai. So long before Trump, We Jews started nepotism. Now, even if you have an MBA from Harvard, acting like a turk makes you a jerk. Frankly, We Jews aren’t crazy about Turks –with or without Sultans. Better, when talking to Mr. Fishbein of Fishbein’s Buttons and Bows, do your homework, darlings. Somewhere in your line there’s a Fishbein, a Fishbaum, or a Fish. Much better to say: “Fishbein! The whole Pinsk part of my family are Fishes. We could be cousins!” Boom! You’ll start in the mailroom.

3- “Before we start, do you mind if I take off work on Lag b'Omer and Tu b'Shvat as I love counting – and trees?”

Darlings, ask this and you’ll be up one. He’s Jewish. He knows you’re pulling one over with the JHE or Jewish Holiday Excuse. If he doesn’t, it’s worse. Between the hemming and hawing, not only will he feel like a bad Jew for not knowing, he hasn’t even shown you a seat, and already you’re not showing up. So sha! You can however, make a few points by finding a Jewish basis. You see a photo on his desk of his daughter’s wedding, with mean wearing kippot, consider throwing in “Is this your daughter? You must get so much nakhes from her.” Even if he doesn’t, he’ll appreciate the thought. “Ai Ai Ai!”, “Mazel Tov” and “Saychel” are also good to throw in – assuming he’s over 50. For example, saying “I get such nakhes from overtime” is highly recommended.

4- “Listen, if this interview is going on much longer, can we at least bring in a nosh?”

Mamalas, two words: “Morty Seinfeld.” Yes. For you “Seinfeld” aficionados, who can forget when Jerry’s father, Morty, the inventor of the beltless raincoat, got a job through Elaine with J. Peterman, the catalog King (John O’Hurley) who talks like a meshugge 40’s radio announcer on Pluto. More, at a staff meeting, Morty, over 70 and on Early Bird hours is about to chalosh. As Peterman winds up yet again, Morty, annoyed, says: “Look, if we’re going to stay here all hours of the night, can we at least get some food in here?!” It was 5:50. Shalom and goodbye, Morty. See mamalas? I call that a life lesson. Better to stick a plain bagel in your briefcase and nosh after the rejection. (Note: Leave out the lox with onions.)

5- “Do you hire the glucose intolerant, people allergic to plastic, or pass out if they touch ink?”

Nebuch, you’ve got a little problem. OK, a big one. Chances are the Jewish boss is familiar. His wife, daughter, brother, are afraid they’ll go into anaphylactic shock if they touch aluminum siding. He needs this at work? No. He cares? No. Your allergist’s billing department cares. On the other hand, how could it hurt to bring a note from the doctor stating you’re 100% in the pink and add you’d be willing to work in Area 51, should they need an accountant?

If you feel that any of these questions may burst forth during your interview, take two rank lemons and visit me. Together, we’ll get you in tippy top shape, and if you’re hopeless, darling … we’ll call a relative.

Junk Cheer
Morality and Abortion: Three Views
There Are No Limits
Adam and Eve Were Vegan
Comments