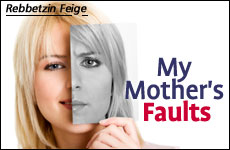 How do I maintain respect for my mother when she falls short in so many crucial areas?

Growing up, I always viewed my mother as an unusually intelligent woman and valued her advice and perspective. It's now more than a decade that I've been married and living outside of her home, and I realize that something disturbing has been happening.

I'm employed in a demanding and fulfilling job that has encouraged me to develop in many ways, notably in the area of interpersonal skills. Since my job includes some managerial tasks, over the years I have gained a good sense of how to motivate a team, how to speak to people respectfully, how to get subordinates to carry out tasks without feeling that they are being dictated to, what to say to colleagues and more importantly, what not to say.

As I've gained these skills I've noticed that my mother is not quite as erudite as I used to think. She is very quick to voice criticism. She has given me some business advice that would have been disastrous had I implemented it. She tends to use an aggressive and threatening approach instead of a motivational, positive approach when dealing with a crisis, and she has said some very hurtful things to and about her close relatives.

Knowledge is a wonderful thing, but interpersonal skills are absolutely vital. How do I maintain my respect for my mother when it has become clear to me that she falls short in the vital area of interpersonal relationships? Your advice would be appreciated.

To begin with, it is important to note that the Torah, in its exhortation as stated in the Ten Commandments, "Honor your mother and your father," does not require us to think highly of our parents or to have positive emotions towards them. Rather, what is demanded of us is a behavioral expression of honor and reverence.

Jewish law is very specific in delineating our behavioral responsibilities. We are obligated to attend to our parents' needs, i.e. make sure they have food, shelter and transportation, etc. We must not speak disrespectfully or contradict them (though we don't have to necessarily agree with what they have to say). We are enjoined from sitting in a chair or seat specifically designated as theirs, and we should rise when they enter the room. In terms of discharging your Torah obligations to your mother, my dear reader, feelings are by and large irrelevant.

Having said that, every child, nonetheless has an innate deep rooted need (however unrealistic) to see their parents as perfect. As a result, it is indeed a rude awakening when we grow up and find that in reality our parents are human and flawed like the rest of mankind. We are terribly disappointed and have a difficult time coming to terms with their shortcomings and flaws.

The faults that we become aware of should not negate our parents' positive qualities.

Be careful not to "throw out the baby with the bath water." The faults that we become aware of should not negate our parents' positive qualities and the impact they have made in our lives. Gratitude is of the essence and must be invoked! We dare not dismiss or deny the years of devotion. After all, they raised us, nurtured us, and provided for us. They saw us through sleepless nights and illnesses, soothing our hurts, celebrating our milestones, and taking joy in our achievements. They were there with love, care, concern and often with unheralded self sacrifice. Allow the good that she has done to temper the tone of your current judgment.

Someone once commented that she was a great mother until she had children. Consider the following scenario: Sarah, the second of six children, was very attached to home. In contrast to her older sister who delighted at the opportunity to leave the nest and spread her wings, Sarah had a difficult time with separations. Eventually, Sarah married and settled at a distance from home. In the ensuing years, despite a considerable family of her own, she insisted on coming home for the holidays, crew in tow. Her younger siblings, who had by now come of age, married and also had children, thought it was their time to be hosted at the "ranch." The rumblings grew louder and finally Sarah had to face the handwriting on the wall. It was time for her to stay home and fend for herself. She was nothing short of devastated and resented everyone, especially (surprise) her mother.

Having no choice, she proceeded with holiday preparations. She shopped, cleaned, cooked, baked, etc. At the conclusion of the holiday, she phoned her mother, and with new found admiration in her voice exclaimed, "Mom, you didn't tell me how labor intensive and demanding a job this holiday business is. I'm exhausted. I never realized how hard you worked." The level of awe for her mother multiplied manifold times when Sarah found herself in the season where her own married children descended upon her for the holidays. In Sarah's estimation, her mother was elevated from a woman she had once wrongfully resented to a true hero.

The expression in Hebrew is, "There is no wise person like the one who has been tested and informed by experience." From a distance, without the benefit of a shared experience, one can be judgmental, but finding oneself in the same boat, judgment quickly dissipates, replaced with empathy and respect.

The Mishna wisely advises that we not "judge other until we reach their place – the space they occupy." The space a person occupies, his or her context of life, is determined by a myriad of very complex factors, all of which shape and mold the person.

Undoubtedly your mother, like all of us, is a composite of the nature/nurture phenomenon. Far be it for any human to assume knowledge of another -- what they might or should be. Only God, the Omniscient, knows the heart and soul of each individual -- his trials and tribulations, his inner conflicts, his demons and his struggles. And, only God knows the full measure of the inner resources available to any particular individual with which life's battles may be fought. Hence, dear reader, only God is in the position to judge us and hold us accountable for what we did or did not do, our commissions or omissions, our deeds or misdeeds. Humans can never apprehend nor occupy the "space" of another.

Who is in the position to cast aspersions or pass judgment upon another human being?

Who is in the position to cast aspersions or pass judgment upon another human being? We have to assume that everyone comes from his or her space and does the best he or she can.

Consider the following scenario: Sheri called, hysterical over yet another hurtful encounter with her mother. She couldn't come to terms with what she perceived as her mother's unprovoked embarrassing and ill-conceived behavior. I asked Sheri if she would take issue with a cripple for not getting up and standing on his own two feet. She replied that obviously it would be foolish since it was beyond his capacity to do so. I suggested that an emotional cripple is no less incapacitated than an individual with a physical disability. Clearly, a healthy person would not present the behaviors she described. It was evident that her mother was not coming from a place of well-being.

Emotional deficiencies are not a matter of volition and are certainly no less crippling than physical ones. The difference is that the physical imperfections are external and clearly visible, and as such evoke sympathy and empathy. On the other hand, the emotional blemishes, not being apparent, are often misconstrued as something that can be more easily rectified with effort or determination. Recognizing that her mother's emotional insufficiency was driving this aberrant behavior, thereby "crippling" her, helped Sheri become more understanding.

Dear reader, you shared that your mother is highly intelligent, a resource she obviously possesses. Unfortunately, intelligence doesn't always translate into effective interactions. Nonetheless, you have been the beneficiary of that intelligence throughout your life. While "standing on the shoulder of a giant (your mother)," you have managed to reach ever higher levels, for example, your great achievements utilizing heightened communication skills. So don't marginalize your mother's contribution toward your achievements. Rather, give her credit for enabling you, and perhaps in a non-threatening way, you might put your skills to the test, chiseling away ever so gently with love and tenderness, the edginess in her personality that offends you.

In conclusion, my dear reader, I would recommend the following:

1. Fulfill your Torah-mandated responsibilities – act with honor and respect, regardless of any contradictory feelings you may have.

2. Focus on your mother's strengths even as you acknowledge her weaknesses.

3. Be mindful of the fact that she raised you and perforce help you become the person you are. Gratitude must be invoked and expressed.

4. Recognize that the space one occupies in life is formed and shaped by many forces and influences, some beyond one's control. The person emerging is the product of that space. Our being in that specific space, in another's shoes, so to speak, is required to fully understand that human being. Since that is impossible, one dare not assume the role of judge and jury. Charity, empathy and understanding is far more desirable and appropriate.

5. Departures from appropriate behavior are driven by emotional insufficiencies that are as crippling as physical disabilities. A paradigm shift in how you think and view the situation can make a very big difference.

6. Finally, thank God you are not locked into similar limitations and that you do have the wherewithal to occupy a healthier space and to flourish. 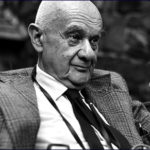 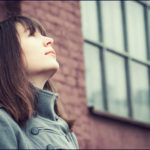 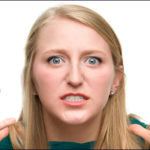