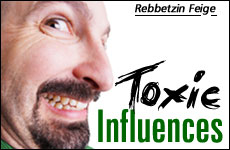 My husband's friend is poisoning our relationship. What should we do?

My wonderful husband and I have been married for just short of a year. My husband and I grew observant together when we started dating and we have many non-religious friends. One of his friends has been "interfering" in our relationship and has been the cause of a number of arguments. This friend will make comments that are clearly intended to put doubt into my mind about the trustworthiness of my husband, or that allude to my husband's "wild," non-observant past. Last night he declared that he had a photo of my husband in a "compromising position" from the weekend before when a group of "the boys" went out. He refused to tell me what the photo was of but whispered something to my husband. This made me incredibly uncomfortable. I suspect that he finds this type of behavior funny, but neither my husband nor I know how to deal with it. How should we deal with this non-observant friend?

Your concerns are justified. The direction in life that you have chosen requires a positive and supportive environment. In an effort to promote a person's spiritual growth and well being, our sages enjoin us from reminding the individual of his past mistakes and the behaviors that he is now trying to put behind him. Taking steps forward in a culture whose values are antithetical to the commitment you have made is difficult enough without added detracting comments hurled at you from your husband's friend.

The nature of growth is never a straight path upwards. There are always vulnerable moments. The past constantly beckons, trying to lure us back to an existence that doesn't require as much responsibility and discipline. We are confronted daily by forces bent on sabotaging our efforts. These forces operate both internally, such as voices that second guess our resolve, and externally, in the form of the media, which broadcasts toxic messages wherever we turn.

Maintaining one's integrity becomes a precarious balancing act. Oftentimes, we take a few steps forward and invariably there will be some backsliding. These reversals may disappoint and dishearten us. Realizing that reaching the summit of a mountain includes slippage will prevent these disappointments from turning into despair. King Solomon in Proverbs explains, "Seven times will the righteous fall and rise again." The definition of a righteous person is not one who has never suffered defeat. Quite the contrary, it is the one, who, despite his perceived fallen state, will pull himself up, regroup and begin the upward climb again.

Your husband's friend has violated boundaries, both on a personal and ideological level.

Having said that, to maximize a successful journey, you need to surround yourself with positive energy -- people who are likewise growth oriented, or at the very least are supportive of your commitment. The life you are building, my dear reader, from what you describe, is in its infancy stage. This phase is extremely sensitive, both in terms of your marriage and your religious journey. Infancy is a very fragile passage and requires a healthy and nurturing environment. Your husband's friend has crossed the line and violated boundaries, both on a personal and ideological level. Regardless of whether this breach is expressed in jest or a more serious tone, it is most insensitive and reprehensible on his part to tamper with that which is sacred in your life.

I would suggest that you and your husband address the issue by confronting him and explaining that you do not find his comments funny or entertaining. Let him know that the current context of your life, neither a marriage relationship, nor a religious commitment, are frivolous subjects. Make it clear that the friendship can only continue if these areas will be respected by him. He must know that comments of this nature will not be tolerated.

I have an affinity for people and rarely take personal affront. But on one occasion I was quite dismayed by what someone considered fair game for inquiry and conversation. A person I had just met seemed to have no compunction about asking me, when I was in an expectant mode, how many children I planned to have, and having heard that I have a large family, inquired if I was aware that birth control exists. It wasn't a mean-spirited question and I didn't take it personally, it merely amazed me that it didn't occur to them that there might be something private about my procreative plans.

Imagine if I had walked up to any of the people who had asked me these questions and inquired as to how much money they had in the bank. They would have been horrified and would certainly have considered it a breach of their privacy. We have, as a culture, lost our sensitivity and appreciation for the value of privacy. Witness the talk shows where the over-sharing borders on the obscene.

There is another issue. The Torah mandates criteria for what is acceptable in what we say. It cautions us to pause and think before we speak, to assess whether what we are planning to say serves a purpose, whether it will heal or hurt. Entertaining and humorous comments must not be made at the expense of others. From a Jewish perspective, speech is sacred and there are rules that circumscribe its use and help us distinguish between prohibited and permissible speech.

Dear reader, we would like to delude ourselves into thinking that we can stand our ground and maintain our standards, regardless of the noxious influences that surround us. Reality proves otherwise. The context of our lives is critical in determining who we are. "Show me your friends, and I'll tell you who you are" is a wise and relevant adage. We are affected by the energy, lifestyle, values, and standards of our surroundings.

We are affected by the energy, lifestyle, values, and standards of our surroundings.

We are, to a great extent, a product of our environment. There are countless examples, even among the greatest of people, who lost much of their spiritual gains when they left the space that was spiritually intact. The one exception to this rule in the Torah is Joseph, who is extolled precisely because of his ability to transcend his environment. Joseph, referred to as "Joseph the righteous," was torn away from his father's home at a young age and spent 22 years living alone in Egypt, which at the time was the most decadent of societies. Joseph was able to muster the super-human strength to withstand overwhelming temptations and maintain his integrity. It is for this reason that the blessing we bestow upon our children is that they be like the children of Joseph, "like Menasha and Ephraim." They grew up isolated in a cesspool of immorality and, despite their surroundings, remained uncompromised.

The rest of us dare not take such risks. We need to be vigilant and steer clear of negative influences wherever possible, placing ourselves in a space where we can breathe spiritually clean and healthy air.

Dear reader, find a circle and community of people who march to the beat of your exalted Drummer and may God bless you, your marriage, and your journey. 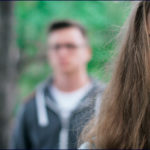 Betrayed: Can I Get Over It?6 min read 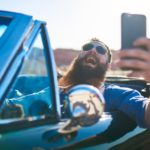 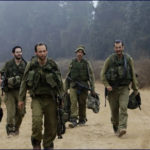 8 Lessons from the War in Gaza3 min read