How Can We Be Sure of Anything 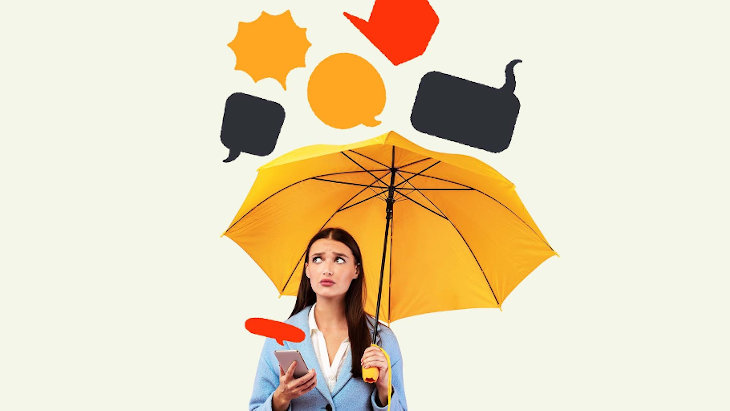 In this age of information overload, how do we sort out the good from the bad? Here are powerful techniques to really "know what you know."

Throughout the world and for centuries, the Jewish people have survived as a tiny minority going against the flow of society, clinging steadfast to their ways in the face of unremitting persecution.

How did the Jews do it?

Through absolute confidence in the truth of their convictions.

But how do we know that what we perceive is the reality? Are we objective? How can we ever really be certain of anything?

Putting it on the Line

We are all susceptible to being influenced under pressure. If you were a journalist looking for a good story, would you be willing to walk into the Moony organization and say:

"Here I am. I'm so confident of what I believe, that I have no qualms about spending a month with you folks."

Many would be afraid to do so, because there's always the chance we'd come out believing that Reverend Moon is god. After all, the Moonies have a decent success rate in brainwashing.

This uncertainty implies a lack of complete confidence in our beliefs. But if you "know what you know," then even the best Moony is no match for you.

Absolute clarity in our convictions is crucial because the society we grow up in tremendously influences the way we think. If you were born in China, you'd most likely be a faithful Communist. Or if you were born to a traditional tribal family in Haiti, you'd be waving a Voodoo pin.

Every society produces people who are passionately convinced that their beliefs are right, even to the extent that they are willing to die for it. Ask an Iranian on his way to butcher some Iraqis: "Pardon me, sir, but if you were born 200 miles to the south in Iraq, would you be coming with a gun to kill yourself?"

He has not objectively worked through the issues.

Become intellectually independent of the society that formed your beliefs.

The majority of humans are products of society. It's simple mathematics: There are one billion Christians in the world and one billion Moslems. Each religion claims that the other's understanding is wrong. So one way or another at least one billion people are living in error.

This does not sound politically correct... perhaps there is no such thing as absolute truth.

But think about it. Some absolute truth must in fact exist. Either there is a God, or there is no God. He doesn't start existing if you believe in Him, and then fade out when the atheist denies Him. That's ridiculous. Either He is there and the atheist is making a mistake, or He is not there and the rabbi is making the mistake. It is not possible both ways.

You have to become intellectually independent of the society that formed your beliefs. Otherwise you're just a puppet of society. And society could be making some very grave errors...

How Do You Know You Are You?

Imagine your name is Jeff Korman, a lawyer from El Paso, Texas. You're walking down the street in Jerusalem and you see a sign that says:

An incredible coincidence! Curious to meet this guy, you knock on the door. A voice answers:

"Jeff Korman! What a coincidence! Where are you from? What do you do?"

"Hey – that's my parents. You're a fraud! You're assuming my identity!"

Absurd! The man from Jerusalem is accusing you of assuming his identity!

Anyone who has studied abnormal psychology knows about the phenomenon of assuming other identities. The more ambitious people go after Napoleon or Queen Elizabeth. But someone might think, "Nah, I don't want to rule the world. But Jeff Korman, he's a nice guy. I want to be him."

The man from Jerusalem calls up the police and tells them to rush over with a strait jacket. You've got a lot of explaining to do. Because this "Jeff Korman" living in Jerusalem has friends and clients who will vouch for him. What a crazy vacation!

But how do you know you're right? Are you sure you are you?

The police are coming and you've got to convince them. So you reach for your passport. That's good evidence: Jeff Korman, your picture, your address.

But you've lost your passport! What dreadful timing!

The man from Jerusalem reaches in his pocket and pulls out a passport: Jeff Korman. His picture. Your address! (This guy went to a lot of trouble to forge the passport. But in abnormal psychology, people will do all sorts of things.)

The police arrive. "Okay, mister, can you prove you're really Jeff Korman?"

You dial your mother's number. She answers and you put her on the speakerphone.

The other guy begins to speak, and she says, "Oh, hello, Jeff. Who was that other character?"

Are you still sure you're right?

This has got to be a plot! Candid Camera, perhaps. But how do you know? Maybe you really flipped your lid.

The police are pulling out the straight jacket. You make one last-ditch effort. You start grilling the guy with questions: How many rooms are there at 10 Clark Lane? Where's the kitchen? Is there a basement? How many steps? What's the name of the next door neighbor? Where's the nearest drugstore?

As your investigation progresses, the reality emerges: the guy is a fraud. He may be able to fake you out to some extent, but there's no way he could know all the details.

Life can be confusing. To gain clarity about what you know, you have to investigate and get the facts.

Even though many people lack clarity on basic life issues, don't let that fool you into believing truth is unattainable. Search honestly and diligently – and you will discover the truth.

Our daily lives are full of experiences that demonstrate our belief in absolute truth. Often in an argument, we feel that if the person we were talking to would just be a little more open, he would be convinced of the truth. We only argue out of conviction that there is one right way.

For example, you are certain of the fact that you have five fingers. If somebody claims you really have seven fingers, or 21 fingers, that does not in any way diminish your confidence. Since you can count five fingers on your hand, you have an unshakable conviction.

Judaism says: Get five-finger clarity about all your beliefs and values.

A heavy steel chain is only as strong as its weakest link. One flimsy link in the middle of the chain renders it practically worthless. A shorter chain is more worthwhile. At least you can use it.

Your knowledge base is a chain. Areas of confusion must be isolated so that they don't permeate your whole self-confidence. Once you compartmentalize what you are unclear about, convictions can be maintained in other areas. These convictions form the powerful links in the chain, enabling you to expand and strengthen your knowledge with confidence.

All convictions can be classified into one of four categories:

Did your brother rob a bank this week? You don't believe so... Your brother's good character is evidence that he didn't rob a bank, but you can't be absolutely sure. If you were suddenly presented with witnesses, fingerprints and a video showing your brother walking into the bank carrying a shotgun and commanding, "Give me all your money!" you'd say, "Gee, I never would have believed it."

However, if one day you were confronted with a videotape and witnesses saying, "You robbed a bank," you'd say, "It's a frame-up, it's ridiculous" – because you know it's absolutely false. That's the difference between knowledge and belief.

Faith is a leap against logic, a product of desire.

Faith is a leap against logic, a product of desire. Did you ever get a hot tip on the stock market guaranteeing to triple your money in one month? Many people with good sense still get fleeced because they are allured by the promise of quick money. That's faith.

Socialization is ideas you accept from society without ever checking them out for yourself. In America, it's capitalism; in China it's communism. To Iranians, Mohammed is god; to Italians it's Jesus. Have you examined the evidence – or are you going along with the crowd?

The Obligation to Know

The first of the Ten Commandments declares: "Know there is a God."

The logic underlying this commandment seems difficult to understand. Someone who already observes God's commandments obviously believes in His existence – so what need is there for a new command to do so? And if someone doesn't know that He exists, why should he listen to this command?!

So exactly who is this mitzvah for?

The answer is that we should not believe in God "on faith" alone. Investigate the evidence. Get knowledge. Research. Study. Analyze. It is a fundamental principle of Judaism: You have to know, not just believe.

God has the confidence that His existence will be abundantly apparent.

Beware of any system which discourages questioning. Anyone who stifles questions is afraid that it could uncover the falseness of the beliefs.

God has the confidence that if we use our minds and sincerely seek the truth, then His existence will be abundantly apparent.

How have the Jewish people had the strength to survive all these persecutions? A rock solid belief in the truth of their convictions.

Were they right? That's something you'll have to find out for yourself. Figure out what's bothering you and get some answers. Be sincere in your quest for knowledge. Make the effort. Know what you know.

The Meaning Of Life

Seeing the Elephant
Is Grease the Word?
Dried Fruit Compote
Scientific Curiosity and the Divine Encounter
Comments
MOST POPULAR IN Philosophy
Our privacy policy
Aish.com Is Looking for Great Writers