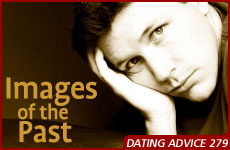 She revealed too much about her dating history. Now it's haunting him.

I recently became engaged to a woman whom I love dearly. I am writing because there's something about her that troubles me, even I though I don't want it to. I was born and raised in a traditional community which has an expectation of waiting until marriage before being physically intimate. The woman I am marrying is from a similar cultural background but was raised in a more liberal community.

A few months ago, we were talking frankly, and she told me that when she was a young teenager, she was physically intimate with her boyfriend. She was a bit of a rebel and thinks that part of the reason she did this was to "act out' against her parents. Looking back, she says that she lacked proper judgment and was influenced by friends who were also sexually active. That was 10 years ago, and she has not been intimate with anyone since then.

I trust her completely. However, her past bothers me and I can't seem to get over it. When I was in college, some of the women I dated were sexually active but that didn't bother me. Why does it bother me with her? I don't want her past to get in the way of my feelings for her.

I want to let go of my fiancé's past from my mind, and to be able to forgive her, which is silly, since it's not even my place to judge. She is very sweet, and I don't want to lose her. But I need peace of mind. What is your advice?

Your letter describes a scenario we've seen a number of times. A young woman feels emotionally connected to a man she views as a potential marriage partner, and feels an obligation to share aspects of her dating history because she wants to be honest about her life.

Most women in this situation hope that the man they are dating will appreciate her honesty, accept the fact that she is devoted to him, and take her past history in stride. Many men are able to do just that. But sometimes, the man develops an image in his mind that isn't so easy to erase. He can end up obsessing about that image, and this can become a stumbling block that keeps him from moving forward in the relationship.

The more details he hears, the more likely he is to embellish that picture.

Men tend to be more visually-oriented than women and may begin to picture what's been described to them. The more details he hears, the more likely he is to embellish that picture, and the more difficult it becomes to get it out of his mind. In addition, although the woman is describing something far behind her, when the man hears about it, he may feel as if it had happened yesterday because the information is so new to him.

As one man told us, "I didn't have a problem until I learned who this man was, and she told me some details. I dislike the guy anyway, and now I keep seeing images of them in vivid color. I wish she'd never told me."

In general, it's a good idea for anyone -- man or woman -- to be cautious about revealing their dating histories. As a courtship progresses, one should disclose only information that's necessary, such as, "When I was younger, I didn't realize how wonderful it would be to wait until marriage to add physical intimacy to a relationship. I wanted you to know that this is part of my past." We suggest not disclosing the names of former beaus, telling how many there were, or describing your level of intimacy. If someone presses for more information, you can reply with, "I'd rather not speak about it. It's part of my past and I have put it behind me. It isn't important to me now and it isn't something I even think about."

Some of our readers may read your letter and not be able to understand why you had such a reaction. Western culture generally considers a physical relationship as part of the dating process, where people share degrees of physical intimacy at points they decide are appropriate. And while this carries a degree of emotional significance, it rarely has the deep significance that the Torah places upon it.

Judaism teaches that the longing for intimacy is really an expression of the longing for completion, to be joined with our "other half," by being bound together as one. Through marriage, where a man and woman are committed for a lifetime -- totally given over to one another -- intimacy becomes a way of expressing and actualizing this total oneness. Outside of marriage, intimacy is ultimately frustrating because "oneness" can never be fully achieved; the degree of connectedness reaches a barrier.

The question remains: Why are you bothered more now than you were with women you met in college?

She's grown into a young woman who now has a different life perspective.

Perhaps you didn't care as much about the background of the women in college because you weren't serious about getting married. But now that you've found someone whom you care deeply about, you're asking yourself why you can't let things go, when logic tells you that you should. After all, this happened many years ago when she was working through a number of issues in her life. She's grown into a young woman who regrets the judgment calls she made as an adolescent and who now has a very different life perspective.

And why do you seem to be more affected by this aspect of her background than if she would have acted out against her parents in other ways?

It is very possible that your difficulty, and the difficulty faced by other men who find themselves in similar circumstances, may stem from the fact that her social history affects your ego, your sense of personal honor, and how you view yourself in the world.

To get past this, you will need to look more closely into yourself to try to understand your feelings about this. One way is to set aside time to do some stream-of-consciousness writing about where you think your feelings are coming from. It's very important for you to be honest, and not try to push certain thoughts and feelings aside because you feel it isn't right for you to have them.

Here are some questions you can ask yourself:

The answers to these questions will help you understand the root of your feelings and help you formulate a different, more positive way of looking at the relationship. The goal is to substitute that new view of your relationship for the old one.

Regarding some of the anxiety you are feeling, it is important to be able to differentiate between worries that are related to generalized anxiety (in other words, they bother you primarily because you're a worrier) and worries that are based on a concrete issue that has to be addressed (such as a character flaw you cannot come to terms with, or an unhealthy way of interacting with each other).

Ultimately, you have to be honest with yourself about whether or not you can move beyond what you are feeling now, and to accept your fiancé for who she is. This is crucial. You will have to respect her for who she is now, and accept her life experiences. If after trying our suggestions you are unable to do so, we don't think it will be fair to continue with the engagement. Respect and acceptance are two essential elements of an enduring relationship, and you each deserve to be in a mutually loving and respectful marriage.

We hope that our suggestions are helpful, and we wish you success in navigating the dating maze,

Dating Advice #51 - Building the Emotional Investment Portfolio
It Takes A Lot Of Faith To Be An Atheist
How Instagram Brought Back This Nostalgic Soup
What Makes Eli Run?
Comments
MOST POPULAR IN Dating
Our privacy policy