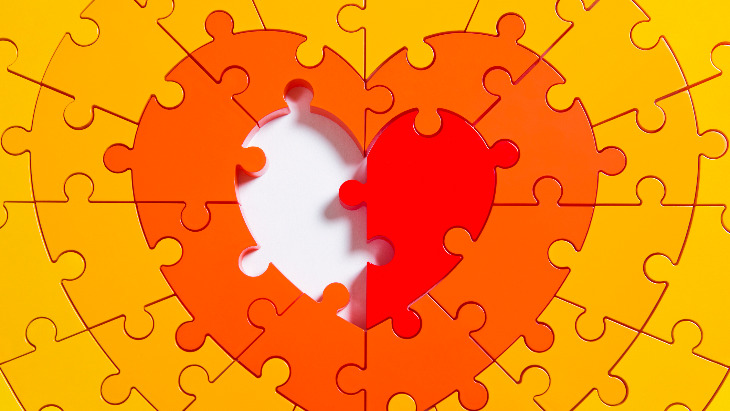 This year, I was finally able to appreciate a gift I had received at birth but had never unwrapped. I transformed my relationship with my mother.

My teenage years could be summed up by one hallmark sentence: "Clean your room!" but the dysfunction went deeper than that. Due to other dynamics in our family, there were several factors at play which severely undermined my relationship with my mother until the two of us were almost strangers -- only worse.

I grew up feeling that I had no mother; she resigned herself to the fact that her eldest daughter was lost to her.

I grew up feeling that I had no mother; she resigned herself to the fact that her eldest daughter was lost to her. Over the years we stopped the cattiness and wars and settled into a kind of cold artificial politeness. She occasionally came to visit me, albeit with clenched teeth, and I forced myself to visit her, white-knuckling the whole trip.

When I got married, you can be sure my mother was not in the picture. Instead, I eagerly embraced my mother-in-law as a surrogate. It was she who went shopping with me for my dress, helped me pick centerpieces and menus, and shared all the trials and tribulations of making a wedding. My mother showed up as a guest, cordially invited yet coolly welcomed. She watched from the sidelines as I married the man I had chosen as my husband and I made no attempt to hide my satisfaction at finally being free of her apron strings. She would never tell me to clean my room again.

If our mother-daughter relationship wasn't sorry enough, the grandchildren end of things was enough to make you cry. Because I deeply resented my mother, I unconsciously withheld her grandchildren from her. Other than a once-a-year requisite birthday phone call, her long hoped for nachas didn't seem to be a real prospect on the horizon any time soon. She would smile bravely when asked by friends and co-workers about her newest grandchild. "Adorable! So precious!" she would tell them, beaming with the talent of an Academy Award-winning actress. But it was all a fake, and we both knew it. She didn't know my children and they barely knew her. With each passing day, I was passing on my entrenched anger and resentment to the next generation, giving my children subtle vibes that their grandmother was really nothing special.

My husband, too, absorbed my poisoned perspective. He knew my mother only through my cynical eyes. Very soon he became weary of our endless bickering, my condescending view of her character and her ideals, and the persistent pain of our relationship, and he withdrew from her as well. She was a persona non grata in our home, and although she made sure to heap on Jewish guilt over wanting me to visit more often, she didn't much enjoy having me in her home either.

Our favorite, time-honored tradition together consisted of getting into an argument, then analyzing our dysfunctional relationship, crying together, vowing to reform, and then blowing up at each other anew. Most of the time it was best not to have anything to do with each other at all. But she never gave up hope that one day I would come back to her and give her the pleasure of allowing her to be my mother in more than just a figurative sense.

While I was running under the banner of observing Judaism, I was blatantly and flagrantly ignoring an essential Torah obligation, namely "Honor Thy Mother and Father," sandwiched neatly between "Observe the Sabbath" and "Thou Shalt Not Steal." Although my house was a bastion of Torah study and mitzvah observance, I was violating the principle of respecting my mother every single day, and I knew it. Sure, I assuaged my guilt by sending chocolates on her birthday and by forcing myself to answer the phone when she called, but I definitely wasn't getting any brownie points in the Honoring Parents Department.

One day, a friend who I admire for living with such exuberance and joy, told me that she and her mother had always had a severely strained relationship. But one day she thought about the fact that her mother was getting older and would eventually pass on to another world. Suddenly she realized that she wasn't comfortable with the status quo. She hated the thought of her mother dying as a stranger to her. So she did a good bit of praying, took a deep breath, and made a move toward reconciliation. It was a long process, she told me, but they both invested much time and effort and it paid off. Finally, she and her mother were able to find the love that had been lost between them for so many long years. A short while later, her mother passed away, and my friend felt very at peace with her mother's death.

"When I meet my mother in heaven," my friend told me, "I know she will tell me, ‘Rachel, I love you and I'm proud of you'. And we will hug and embrace."

Her story didn't move me. Very nice that she and her mom had reconciled, but me and mother? Forget it! Our relationship was beyond resuscitation; the patient was long dead. Besides, I was battle-weary from thousands of attempts to reconcile our differences and attempt to stoke the cold ashes of our "love," searching in vain for even a single ember that could get the fire going.

And then I realized I was turning 30.

And I looked at my children, who seem to grow taller and more beautiful each day.

I realized that my utter disregard for the respect and honor I was obligated to show my mother was creating a huge hole in the fabric of my spirituality.

And I said to myself, "Why?" and thought about the message I was sending them and the tragedy of feeling orphaned despite having a real, live mother whose professed love for me I constantly spurned. And suddenly I imagined myself, with grown children, and wondered how they would treat me. After all, they had never seen a model of parental honor and respect in their home; what made me think my children would treat me any differently than I treated my mother? Gulp.

And I realized that my utter disregard for the respect and honor I was obligated to show my mother was creating a huge hole in the fabric of my spirituality. Even as I made excuses about why I wasn't required to respect my mother (after all, ours was a "special circumstance"), deep down I knew my obligation was just as binding as anyone else's. And the pain of this honest revelation drove me to give it one last try.

So I picked up the phone.

This time, we did things differently. This time we went no holds barred. She told of her pain and suffering and I told of mine. I willed myself to listen to her instead of refusing to let her venture onto certain topics that I had deemed taboo. I finally allowed her to tell me things about her personal life which suddenly put a new, heart-breaking spin on why she did the things she did as I was growing up. My anguished cry of "You were never there for me!" withered on my lips as I contemplated the woman who was unfolding before me. Now I acknowledged the truth: that she had truly struggled through an abusive marriage that left her bereft and broken, barely keeping her head above water. She had never hated me or wanted to neglect me; she honestly was fighting to function day by day and only her love for her children had kept her going. Thirty years of pain melted away as we shared our disappointment, our rage, our insecurities, and our shame. I finally saw my mother as she truly was -- a strong, brave, loving mother, instead of the cruel, stingy monster I had made her out to be. We spoke for a very, very long time.

I celebrated my birthday a short while later. I cannot properly describe to you the eagerness with which my mother sought out the perfect birthday gift for me -- and the ecstatic joy I felt in receiving it. For the gift was just a symbol of the real gift we had both received, a long overdue gift that had been waiting 30 long years for both of us to unwrap.

Today, I have a mother. And my mother has a daughter. We actually love each other.

Today, I have a mother. And my mother has a daughter. We actually love each other. We can talk about things openly now and resolve problems like, well, like mothers and daughters normally do. My children have a grandmother who they love and cherish and they speak to her regularly. We enjoy our times together and miss each other when we're apart. I have the privilege of showing my mother honor and respect on a daily basis. I listen to her, support her, leave loving messages for her on her answering machine. I bite my tongue when I know my tone of voice is too strong. We both honestly acknowledge when a topic comes up that triggers us back to our past struggles, and we move on together.

It was not easy, but then again, most worthwhile things in life aren't easy. Now when my mother and I interact, there is a palpable positive energy between us; the bond of two people who care deeply about each other. My children see it. My husband sees it. And God sees it.

I am so grateful to have been given the opportunity to heal our relationship in this world while both of us can, please God, enjoy many years together making up for lost time. All I needed to do was reach out and take it.

J.R. Barcyndy is a freelance writer living with her family in Israel.

A Face in the Window

How Three Generations of Loving Fathers Shaped Our Family

These Kids Are Buying a Car for their Teacher

Surviving My Postpartum Depression
Why My Iranian Mother Didn’t Want Me to Become a Religious Fanatic
The Jewish History of Prague
Why the Sexual Revolution was Bad for Women
Comments
MOST POPULAR IN Family
Our privacy policy
Aish.com Is Looking for Great Writers