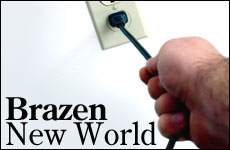 Ending a human life is not a medical decision, it's a moral one.

Asked by The New York Times in 2005 what today-taken-for-granted idea or value he thinks may disappear in the next 35 years, Professor Peter Singer, the Professor of Bioethics at Princeton University's Center for Human Values, responded: "the traditional view of the sanctity of human life." It will, he explained, "collapse under pressure from scientific, technological and demographic developments."

This past January 30, the College of Physicians and Surgeons of Manitoba, Canada issued a policy statement that may come to permit the professor to add "prophet" to his curriculum vitae.

Underlying the document – saturating it, actually – is the premise that ending a human life is a medical decision, not a moral one. Or, alternately, that medical training somehow confers the ultimate moral authority to pass judgments on the worthiness of human lives.

Doctors, for all their training, are no more inherently qualified to address ethical issues than CEOs or plumbers.

Either contention is offensive. A foundation of what has come to be called civilization is that people are not mere things or even animals, that human life has a special, sacred, nature. Historically, the right to take steps to end a life has been regarded first and foremost as an ethical issue, not a medical one. And doctors, for all their training, are no more inherently qualified to address ethical issues than CEOs or plumbers.

As it happens, the Manitoba policy goes beyond the ethical dumbing down of life and death decision-making. It actually betrays a preference for ending patients' lives. For while it gives physicians the final say (even against the family's wishes) for terminating life support, it puts the final decision (literally) in the family's hand when the family feels the patient should die and it is the doctor who feels otherwise. In Manitoba medicine, it seems, death is the desideratum.

That contention is further evident in the Manitoba policy statement's self-awareness baseline, which exemplifies the pitfalls of what might be called iatro-arrogance – or, put more prosaically, medical chutzpah.

Last year, the prestigious journal Science published a report on a young woman who was declared vegetative. For five months, she showed no signs of awareness whatsoever. Scientists, though, decided to put her in a Functional Magnetic Resonance Imaging scanner, a machine that tracks blood flow to different parts of the brain and that was only developed a few years ago. When they asked her to imagine things like playing tennis and walking through her home, the scan lit up with telltale patterns of language, movement and navigation indistinguishable from those produced by the brains of healthy, conscious people. The report's authors, while stressing that the patient may still be classified as "unconscious," conclude nonetheless that she has a "rich mental life."

That young woman seemed entirely unaware of her environment. Only the development of a new diagnostic technology revealed active brain function. Is it unreasonable to wonder what future technologies might yet be developed that will detect other layers of human consciousness? Or what layers might forever elude scientific instrumentation?

And then there is the misguided assumption of medical infallibility. In Calgary last year, doctors were ready to pull the plug on Zongwu Jin, who had suffered a brain injury. After his family obtained a court order to maintain life support, Mr. Jin's condition improved markedly and he is now doing exercises aimed at helping him walk again.

More recently, doctors at Manitoba's own Grace Memorial Hospital sought to disconnect Samuel Golubchuk from the ventilator that was helping him breathe, claiming that he was unconscious and unresponsive – presumably never to recover. Mr. Golubchuk's children, Orthodox Jews whose religious convictions opposed terminating their father's life, promptly sought and obtained a court injunction. The judge in that case recently announced that there were sufficient grounds to doubt the hospital's analysis of the patient's condition, and Mr. Golubchuk's children report that he is now alert and making purposeful movements.

Neither those cases, nor scores of similar ones, seem to have given the Manitoba College of Physicians pause before arrogating to doctors the final say in matters of life and death. One thing is certain: In the wake of Manitoba medicine's new rules, physicians in that province will in the future be spared such embarrassing outcomes. Dead patients tell no tales.

Elephants sometimes do, though, albeit silently. Like the imposing one that lurked in the room where the Manitoba medical group crafted their new policy statement. It was the pachyderm that answers to the name of Professor Singer's polite phrase: "demographic developments."

We live in times when the elderly and diseased are rapidly increasing in number, and where the medical profession has made great strides, increasing longevity and providing cures for many once-fatal illnesses. Add skyrocketing insurance costs and the resultant fiscal crisis in health care, and life runs the risk of becoming less a holy, invaluable divine gift than... a commodity.

And every businessman knows how important it is to efficiently turn over one's stock, clearing out the old to make way for the new. Apparently, doctors can learn that lesson too.

Making things worse still is the great and increasing demand for transplantable organs. A doctor in California currently stands charged with injecting an incapacitated patient with inappropriate medications in order to harvest his organs more quickly. No one knows how often similar things happen – or will happen if society becomes accustomed to allowing doctors to decide when a life is no longer worth living.

Judaism considers life precious, indeed holy, even when its "quality" is severely diminished.

What does Judaism have to say about all this? Far more than can be summarized in a paragraph or two, to be sure, but certain guiding principles can be briefly stated: Jewish religious law, or halacha, does not always insist that life be maintained; in some cases of seriously ill patients, Judaism forbids intercessions that will prolong suffering. But the active removal of connected life-support systems or withholding of nourishment are another matter entirely. Halacha requires that death be clearly established, and does not permit any action that might hasten the demise of a person in extremis.

Quite a different approach from that of the Manitoba College of Physicians and Surgeons. Or from Professor Singer, who has supported the termination of what he calls "miserable beings" – people whose lives he deems devoid of pleasure.

That may well be, as Professor Singer suggests, the wave of the future. But Judaism was born out of resistance against wrong. Abraham's rejection of paganism was what merited his becoming the forefather of the Jewish people; he was willing, in the words of the Midrash, "to be on one side of the river, while the rest of the world was on the other."

And so, Judaism today finds itself similarly standing opposite a world going mad. Amid the shouts of "Progress!", "Science!" and "Fiscal Responsibility!", Jews who care about their religious tradition must quietly, resolutely, stand the Jewish ground, and say: "No. Even a moment of human life is invaluable."

The Song of the Ant