The Genetics of Dating 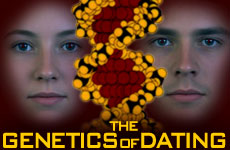 After five years of dating, I had met the man who was everything I was waiting for. And then the phone rang...

Have you ever been in love? Have you ever gazed into another's eyes and known that your search was finally over?

After five years of dating, I had met the man with whom I wanted to build a home. He was everything I was waiting for. David was so kind, so real; he was a person I felt I could share my life with. He understood me. We felt unstoppable. We were to be engaged.

And then the phone rang.

We were told that our children would have a one in four chance of suffering from the debilitating and fatal disease.

It was Dor Yesharim calling to tell me that David and I were both carriers for cystic fibrosis (CF). Cystic fibrosis is a genetic disease that slowly destroys the lungs. Average life expectancy is 32 years of daily medication, frequent hospitalization, and pain. We were told that our children would have a one in four chance of suffering from the debilitating and fatal disease.

We consulted with medical experts and authorities in Jewish law. We could have chosen to marry and drastically reduce the chances of our conceiving a CF baby. But nothing is certain, and we decided that it was a risk we could not take.

The life that I was so eager to begin had been denied me. I'm not sure that I will ever know why. Sometimes life just happens and we cannot control it.

But learn from me. Being a carrier for a genetic disease is not uncommon; one in 20 Caucasians carries the gene for cystic fibrosis. One in every 25 Jews of Eastern European descent carries the gene for Tay-Sachs, a disease that kills its victims within five years of birth. Being a carrier cannot affect future generations unless both parents are carriers of the same genetic disease.

Test yourself -- discover whether or not you are a carrier. There is no danger in knowing. The likelihood of loving another carrier is slim, and merely being a carrier means nothing for the health of your future children. Should you be a carrier, check the other person's status as soon as possible in a relationship. The alternative -- to wait until you so deeply care about someone that a finding of incompatibility will pain you so profoundly that waking up in the morning almost seems not worth the effort -- is awful.

No one should have to endure what I went through and find out at such a late stage. I was naive and thought that there would never be a problem with our test results. After all, there was never a problem with other men I had previously dated. But when it really counted, I was severely disappointed. I don't want that to happen to you. I urge anyone in the dating world to get tested and become more aware. Being a carrier should not be a stigma. I am 100% healthy, but the result of a union with another carrier can lead to a sick child.

Should this happen to you, you are not alone; people have been down this path before. Everything happens for a reason. I can only pray that with hindsight I will come to see that the choices I've made -- and the choices that have been made for me -- are for the best. Life can sometimes deal harsh blows. We can choose to get crushed beneath them or to rise above them. They test our faith and our resilience.

My situation is not futile if others benefit from it. I feel I have to use my voice to reach out to others and to inform the Jewish community to be aware. I pray that I will one day understand why I've been tested in this way. This was my fate but it does not have to be yours.

There are two ways you can check your status -- directly and indirectly. Your doctor can take your blood and send it to a lab for tests to see if you are a carrier for any one of nine diseases. There should be no cost other than office and lab co-payments since insurance companies acknowledge the possibility of higher risk in the Jewish population. Results should be back within two weeks.

Alternatively you can get tested through Dor Yesharim, a Jewish organization that tests for one of five diseases. Each time you date someone, you must check your number with his or hers to see if it matches. You will not know if you are a carrier unless you are dating someone who is a carrier as well. Dor Yesharim can be reached at 718-384-6060 and the charge is $200.

Click here for related article, "The Ethics of Genetic Screening."
Like What You Read?  Give Jews around the world the chance to experience engaging Jewish wisdom with more articles and videos on Aish. It would make your mother so proud and as a nonprofit organization it's your support that keeps us going. Thanks a ton!

7 Ways to Go from Friendship to Relationship

Getting to “I Do”
It Takes A Lot Of Faith To Be An Atheist
How Instagram Brought Back This Nostalgic Soup
What Makes Eli Run?
Comments