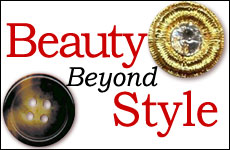 It was the type of situation that could have gone either way. A thoughtless, hurtful comment could have crushed a person's self-worth, while a warm response could have raised it considerably. It was up to Kayla Rosen to decide what she'd rather do.

We were at the housewarming party of a friend of mine. I had offered to come early to help set up and serve.

The party did not start on time. Although it was called for six-thirty, at seven-o'clock, only a handful of women were there.

The five or six women were all well-to-do, beautifully dressed, and in their mid-forties. Except for one woman, that is. She was older than everyone else, and from her simple, shabby suit and fake jewelry, it was pretty obvious that she didn't have much money.

Mrs. Greenbaum, the "odd one out," was a quiet, shy person, who didn't like crowds. The other women stood around chatting, while Mrs. Greenbaum stood uncomfortably alone, waiting for her own friends to arrive.

It isn't pleasant to have a bunch of people talking and laughing around you, while you're standing to the side. Mrs. Greenbaum must have felt embarrassed. Pasting a bright smile on her face, she walked up to the group. In as casual a tone as she could muster, she addressed Kayla Rosen.

"Kayla, you and I are both wearing brown jackets. I guess that means we have to sit next to each other!" She gave a hesitant smile, clearly unsure whether she had said the right thing or not.

For a second, there was silence. The other women in the group tried to hide their smiles, as they contemplated Mrs. Greenbaum's little joke. Both she and Kayla Rosen were wearing brown jackets, but there was no similarity whatsoever between the two jackets! Kayla's was stylishly cut, with rhinestone buttons and fur on the cuffs and collar, and the other woman's was faded, outdated, and plain.

And for Kayla to sit next to Mrs. Greenbaum for the entire meal? Aside for vaguely knowing each other, the two women had nothing in common!

In the midst of setting down soda bottles on a table in the back of the room, I froze. Even from where I was, I could see the color begin to rise in Mrs. Greenbaum's cheeks, as she and the others waited to hear Kayla Rosen's response.

Please, I silently begged Mrs. Rosen. Watch what you say! Look how uncomfortable the poor woman is! Don't embarrass her further!

Mrs. Rosen looked Mrs. Greenbaum right in the eye. "Even if we weren't wearing the same color," she said, "I'd love to sit next to you."

Mrs. Greenbaum's face cleared like the outdoors after a fresh rain. She smiled, but this time there was no uncertainty to her smile.

Malkie Nisenbaum lives in Cleveland, Ohio, where she teaches and writes. She is a graduate of Yavne Teacher's Seminary for women.

Me, A Zaidy?
Should I Break Up, Get Engaged or Keep Dating?
Time Is Your Precious Commodity
A Constant World in Flux
Comments
MOST POPULAR IN Family
Our privacy policy