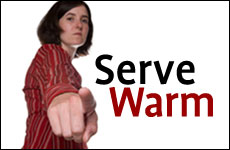 How to give constructive criticism to your children.

As parents we have a sacred obligation to be teachers and guides for our children… to teach them right from wrong, to train them to conduct themselves properly, to show them the light.

It is not in our children's best interest -- nor is it in our own best interest -- to become their friends. That is, we should be friendly, but we do them no favor if we allow them to do as they please. At times, it is grueling being a parent and having to guide a child who doesn't particularly want direction. It's much easier in the short term to allow misdeeds to go unnoticed. But in the long term, you face an increased risk of raising unruly children whose moral compass may be underdeveloped.

It is of utmost importance to give clear guidelines and direction to your children. Setting limits for your children and establishing boundaries are crucial for the success of your children -- at home and in school. Having a set of house rules and expectations for appropriate behavior, dress, and language are all critical parts of the mission statement of any family, subjects that will be addressed in later columns.

And while it is true that our children will learn more from what we do than from what we say, guidance in the form of constructive criticism is an integral component of parenting.

Our challenge is to couch the criticism in a constructive way so that:

1) Our children internalize the important messages that we wish to convey to them.

2) The end result is improvement and a desire to grow, not increased friction and tension that may harm our relationship with our beloved children.

If you have a message to deliver, make sure that the message is delivered calmly and, most importantly, with love.

If you have a message to deliver, make sure that the message is delivered calmly and, most importantly, with love. If you cannot do that, then wait until you can. If your child feels that you're just venting your anger and that you are disgusted with him or her, then no matter how articulate you are, what comes across instead is: "Mommy or Daddy doesn't like me."

It's very important that the message does not get blurred by the static of anger. And, of course, this is very difficult to do when there's a tumult and emotions are flying high. That is when it is best to delay saying anything.

A POSITIVE VIEW OF YOUR CRITICISM

You, as the parent, need to have a positive view of your guidance, since your viewpoint is subconsciously communicated to your children. Think of constructive criticism as a gift that you are giving your child. But bear in mind that it will be in all likelihood an unwanted gift -- at least temporarily -- because few people take pleasure in listening to criticism. Your goal, therefore, is to deliver this gift in such a way that it is accepted, even if it is not appreciated at that time.

Although they are small, children still have feelings just as we adults do. And just as we would be, they are hurt if we present our criticism in a non-constructive manner. Therefore, make sure that your gift of rebuke -- even if less than pleasant -- is delivered in a positive manner.

Sometimes, delayed criticism is more effective, but it takes a lot of self-discipline not to give into a knee-jerk reaction. When we see something wrong, we feel the urge to respond immediately. And without a doubt, it is good to correct wrongful behavior on the spot -- if we can do so in the right way. But there are times when our closeness to the situation is such that we're not in the best position to deal with the problem immediately. In such a situation, it might be wise to say nothing, or to say, "I am upset by what you did, and for this very reason I don't want to discuss it right now. We need to sit down and talk about it, and we'll do it when we have had the time to think calmly about what happened."

The Vilna Gaon z'tl says that the best criticism -- the only valid rebuke -- is focused on future improvement. We should not dwell on what happened in the past, but be clear what kind of behavior we would like to see in the future. That's a positive message. "Yesterday you may have done something wrong. Here's what I would like to see from you tomorrow."

Focus on future improvement, and consequences – not punishment.

When disciplining your child, try to frame the discussion in terms of consequences as opposed to punishments. Framing the consequences as logical outcomes of improper behavior makes for less resentment on the part of your child. It will also, in all likelihood, result in long-term improvement.

A consequence can loosely be defined as an outcome of one's poor behavior. There is a direct correlation between the misdeed and its consequence. Your child can learn positive, long-term lessons about avoiding these types of consequences in the future by exhibiting self-control and avoiding the behavior that resulted in the consequence.

A consequence of a child leaving a messy room would be to have him or her clean it up during a time that he or she would rather be out with friends. A punishment would be not allowing him or her to go to the park later in the day after the room has been cleaned. The punishment in this case has nothing to do with the misdeed.

Obviously punishments are in order when misdeeds are done, and there are many types of poor behavior that cannot be presented as consequences. But creatively thinking in terms of outcomes and consequences will hopefully enable your child to grow from the unpleasant experience of being on the receiving end of your rebuke.

Several years ago, I was invited by the owner of a summer camp to conduct a staff-development lecture with his counselors. I addressed several topics - among them the subject of constructive criticism. I began by asking for a volunteer willing to describe the last time he criticized a camper.

It was quiet for a few moments. Then, a very charming young man raised his hand. "I admonished one of my campers today in front of the whole bunk," he proudly stated.

I asked him to describe what happened.

"Well, I caught him going through my things in my cubby. He was reading a private letter of mine. And … you know … I told him what he had to hear."

Before he launched into any further details, I immediately told him that unless he was an angel, I was quite confident that he had not handled this situation well. I explained to him that he was simply too close to the situation. The offense was not something that he'd observed being done to someone else -- it had been perpetrated against him personally. And he didn't have time to carefully formulate a response.

Sure enough, his response had been that he had told his camper -- in the presence of the entire bunk -- "You're a thief, and I'm never going to trust you again." Moreover, he informed the child, "I'm going to tell your teacher about this."

I was quiet for a moment. Then, I asked him, "Can you think of a time when an adult-figure in your life called you a less-than-flattering name? What was the label that the person gave you? What do you think that person was trying to convey to you? And finally, how effective was his criticism?"

The young man related how he had been admonished for his (admittedly) inappropriate dress on a school day, and how a member of the faculty used a label with negative connotations when delivering the criticism. Of course, he shared with his peers that the rebuke was ineffective, and upon reflection, he mentioned that he was clearly resentful that he had been given an insulting label.

I suggested to the camp counselor that instead of calling the boy a thief, another way to handle the incident would have been to say to him -- privately, without humiliating him in front of his peers -- "You're a nice kid, and I'm very disappointed that a boy like you would invade my privacy and take something belonging to me."

Rabbi Yakov Horowitz is the dean of Yeshiva Darchei Noam in Monsey and the director of the Agudath Israel''s Project Y.E.S. (Youth Educational Services). For over 25 years, he has specialized in reaching out to marginalized Jewish youth and assisting their parents in nurturing their potential. His results have been significant and some former students have admitted "this rabbi saved my life". He recently published Living & Parenting: A Down-to-Earth Guide, his first book with ArtScroll Mesorah Publications, which features some of his best, most pragmatic solutions for helping all of today''s Jewish youth – mainstream and at-risk – maximize their potential.

Hanging with Jason, My Autistic Nephew

The Spiritual Child
Evolution 2.0: The Coming Darwinian Revolution
Chukat 5782: Let’s Play the Blame Game!
The Sin of Moses: The Two Ways to Communicate
Comments
MOST POPULAR IN Family
Our privacy policy