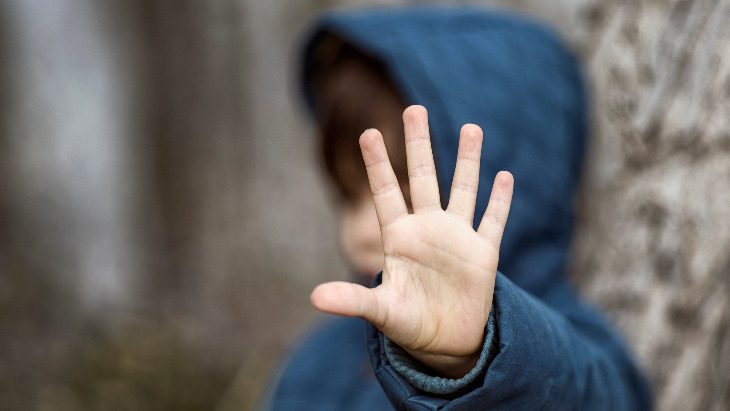 A guide for the concerned parent.

Child molestation is a disease. The child molester is a sick person with an illness that he is unable to control or stop on his own. He has a preoccupation and a sexual desire for young children. In order to stop, he needs help through treatment, supervision or incarceration.

In our collective experience working with this population in the Jewish community, approximately one-third of pedophiles have a preference for boys, one-third prefer girls, and one-third have no preference. Some pedophiles also have distinct preferences within select age groups. And one predator may abuse dozens or hundreds of children.

What can we – as parents, educators and a community – do to protect and respond to sexual abuse?

Children are sexually victimized because they can be

Children are sexually victimized because they can be. They are trusting, vulnerable, curious by nature, and usually not suspicious of adults – certainly not of a parent, teacher, counselor or other role model. This can be true of adolescents as well, who can fall prey to sexual abuse even into their mid teens.

Children can be victimized repeatedly because they are often too ashamed or frightened to divulge information to others. They are frightened because the molester has threatened to hurt them or their family members, or frightened that their parents will not believe them or will blame them.

While reliable statistics regarding the prevalence of this problem in the Jewish community are not available, there are a number of protective factors that should lead to a lower incidence. These include our community's strong emphasis on family closeness, and community support programs that provide assistance for stressed-out parents.

Unfortunately, however, there are powerful risk factors as well. Research studies have found that those most likely to recognize and report abuse are policemen or emergency room doctors, while those least likely to recognize and report abuse are people who come from the same community or religious background as the abused child. It is therefore not surprising that when abuse is suspected among our own, the first response might be denial or a tendency to ignore a reality that is so antithetical to our standards and way of life.

In the last decade, a number of adolescents and young married people have self-identified and sought treatment for their serious problems with gambling, drugs and alcohol. It is fair to say that as serious as these problems are, they no longer carry the social stigma and social isolation they did just a short few years ago.

Not so with sexual abuse – not to the victim or to the perpetrator.

He (95 percent are male) will almost never voluntarily seek treatment. The fears of retribution, social isolation, physical harm, loss of family, loss of work, along with his sexual proclivities, prevent him from disclosing.

Similarly, victims of sexual abuse, unlike other victims, almost never self-disclose. Abusers gain the child's loyalty and confidence, and then convince the child that any "bad feelings" are "all your fault."

A crime victim may report to the police. A victim of domestic violence may seek out a relative, a rabbi, or a mental health professional. A drug user or alcohol binger can often be recognized by a spouse or employer. Not so with a victim of sexual abuse who is embarrassed, who represses, and who, years later, continues to carry the scars of the unresolved trauma of the abuse.

Child molestation is an invasion of the body and brain. The harm is staggering, reaching into nearly all areas of the child's life:

Oftentimes a child will keep the abuse a secret for 10 or 20 years. Only when the child becomes an adult does he have the confidence to share his story. In the meantime, he bears a heavy burden.

Beyond all this, many abused children grow up to become abusers themselves.

What can be done?

Children must be taught about it honestly.

Children must be taught about it honestly. They must be prepared to fend off and respond to sexual advances, nuanced and overt, from persons they know and often trust. Parents need to know that it is not enough to teach children only about being wary of strangers. Sex-abuse prevention techniques have been developed that frame the issue in the context of overall safety, no different than fire safety or water safety, helping children to develop wariness without fear.

The most important thing to do to protect your child is to make sure that he or she will always come to tell the parent immediately if something unusual happens. Every child must know that his parents want him to talk to them. Opening the lines of communication must start very early.

Dr. Susan Schulman, a Jewish pediatrician in Brooklyn, recommends that parents discuss with their children in an age-appropriate fashion:

Older children and teenagers need the same reassurance. Tell the child that you are there for him/her, and that you always want to hear about their experiences – good and bad. Tell your child you will always love him.

The larger the family, the more important it is that you give a few minutes a day of eye contact and keep the channel of communication open. Ask, "How was your day?" Even if he doesn't say much, this communicates that you are interested and available when the need arises.

This line of talk should be gently reinforced periodically with the child. There are many milestones where these conversations can occur naturally, e.g. entering preschool, a new school, send off every year to camp, a weekend getaway.

Since the majority of children are molested by people they know – relative, neighbor, sports coach, teacher, bus driver – you need to discuss trust in older people and role models. This one person did something bad. Place an emphasis on all the other people who are good, loving and kind.

Speak to your children about exercising care not to be caught in a situation alone. Young people should walk in groups, particularly at night.

It is human nature to shy away from discussing sexual issues with our children when they're young adults, let alone when they may be 10 or 15 years old. Yet this is what we need to discuss.

There are various warning signs and red flags to look for in your child who may have been victimized.

Dr. Schulman lists five behavior changes that may indicate the child is being subjected to abuse:

If your child exhibits a serious problem that appears to be new, you can consider sexual abuse a possible factor without getting alarmed or overreacting. In seeking out professional help for treatment, go to a mental health professional and ask about his or her specialized training in this area.

Research regarding the role of religious beliefs in helping victims deal with the impact of abuse repeatedly finds that religion can play a crucial protective role in helping victims find meaning and support, even in the face of cynicism and betrayal. On the other hand, many religious individuals who are victimized by a member of their community experience the additional trauma of feeling abandoned by a religion that they were taught stands against abuse. It is therefore not surprising that a percentage of alienated and rebellious adolescents who "drop out" of active religious observance have a history of being molested.

Identification and treatment can be highly successful as children and adolescents have remarkable resilience. The majority of victims, with proper support, can emerge from the experience strong and healthy.

If we believe that our child is a victim of, molestation and talking is the very first step, what should you talk about? You should emphasize the following to your son or daughter:

And what about the perpetrator? Pedophiles need to be pushed to seek professional treatment, pushed out of circumstances where they can be in regular contact with children, pushed into supervised and controlled environments, or pushed into the criminal justice system.

Pedophilia is a treatable disease. While it is not curable, long-term treatment can be administered over several years, and if the perpetrator is compliant, this can allow him to return to a relatively normal life. Certainly his family should not be punished, as unfortunately often happens.

A communal resolve by parents to prepare,
By educators to teach,
By school administrators not to tolerate,
By informing law enforcement and child protective authorities as required,
By each group in our community doing their share,
Can lead to a reduction in the number of children who will be hurt,
An increased vigilance against offenders, and
A supportive environment for victims to disclose and be supported.

David Mandel is CEO of OHEL Children''s Home and Family Services in New York. Dr. David Pelcovitz is Strauss Professor of Psychology and Education at Azrieli Graduate School, Yeshiva University. They have met with, counseled and treated many hundreds of victims of sexual abuse and trauma. Dr. Susan Schulman is a pediatrician practicing in Brooklyn, New York.