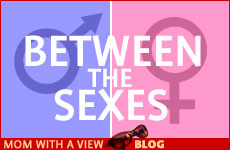 The need for clear boundaries at the workplace.

The Wall Street Journal printed an article recently (11/28/08) entitled "The Young and the Restless: Why Infidelity is Rising Among 20-Somethings" by Naomi Schaefer-Riley. It's a cute title, and a serious problem.

"There is no doubt," she says "that the opportunity for infidelity has increased since large numbers of women came into the workplace." I don't think we should put that genie back in the bottle, but perhaps this recognition can make us more focused on our behavior and more conscious of the need to, dare I say it, establish some boundaries.

In Jewish life, relationships between men and women who are not married to each other are conducted on a much more formal basis. There is no physical contact -- no friendly pecks on the cheek, no hugs or pats on the back. There is little socializing; in general men and women sit separately at social and religious functions, and often the custom is to call each other by the title Mr. and Mrs. or Rabbi and Rebbetzin, as the case may be.

All this probably sounds strange to American ears. It is foreign to western sensibilities. And yet it helps keep the barriers in place that may prevent an inappropriate office or neighborhood romance.

#Many women would welcome greater distance.

And with a little probing I have found that many people appreciate the wisdom in it. Numerous women I have discussed these ideas with confess that they are uncomfortable when their husband expresses affection to other women or not so thrilled when male acquaintances hug them. Although no one says so in polite society, it seems many women would welcome greater distance. Yet it is so hard to speak up, to stand out.

Yes it leads to some social awkwardness. But the formality and occasional segregation (both sides are equally segregated; there is no "discrimination") seem a small price to pay for the benefits acquired.

By calling my neighbor "Mister Smith" instead of Bob, I am creating a wall between us. I am saying, "You are married and not available to me," and vice versa. No ambiguities. No wondering what that look or touch really meant.

Everyone is subject to temptations. And in our society today, temptation abounds. It is naive to think otherwise. American society is not known for its exercise of self-control -- not in its food consumption and concurrent obesity, not in its spending and concurrent credit card debt. And not in its sexual manners.

It may not be what everyone around me is doing, but I'll stick with the lack of physical contact, the separation and the formality. Besides, I like the idea that Judaism is counter-culture. 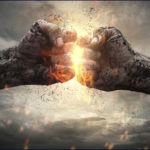 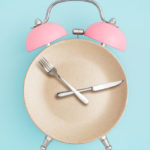 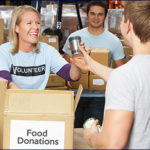