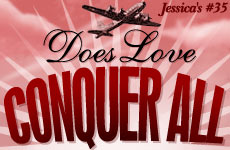 Jessica's pulling away but, strong as lycra, Rick comes back with a shocker.

I was flipping through press releases and makeup samples, deciding which shade of lipstick to trumpet as this month's Power Shade. My lips looked bruised and puffy, after having applied and then rubbed off everything from Burnt Umber Dual Coverage to Matte Shocking Citron to Brass Super Shine.

Nothing was grabbing me, so I switched gears and started thinking of the models I'd interviewed the day before for upcoming segments. All super-skinny teenagers. Sign a modeling contract and a "gawky" girl becomes "gorgeous" overnight.

"Tell me about it," Alison had sputtered when I dropped by her house on my way home. She was, no surprise, on the stairmaster. I believe she'd taken to sleeping there of late. Alison had gained a few pounds over the holidays and hadn't been able to get it off. What began as mild irritation had by now become a full-fledged issue.

Girls aren't good at math? Try asking a guy what percentage of calories are from fat in that salad dressing.

She couldn't seem to eat anything without checking it for fat and carbohydrates, and then obsessing over how much time it would take to work it off. I’m annoyed with the conventional wisdom that girls aren't good at math. Try asking a guy what percentage of calories are from fat in that salad dressing, let alone what it means for his daily intake.

No wonder cancer hasn't yet been cured. The brilliant female scientist who is meant to find it is too busy devising complex algorithms to indicate how much exercise is required to compensate for a child's size portion of low-fat frozen yogurt, and -- more importantly -- what requisite lowering of her self-worth is brought by the transgression of eating it.

"Does that mean I shouldn't bring the pint of Ben & Jerry's I bought for you?" Rick said impishly as I told him how I couldn't deal with much more of Alison's obsessing about food.

"Depends on what kind!" I said, leaning back on his couch.

"Cool Brittania. I haven't seen it in months," he said. "They didn't have the pure vanilla."

"You know, I bought this at the end of last week..." he said, coming back from the kitchen with two spoons. "I was surprised that we didn't see each other before this. I understand how busy you are at work, but I felt like you were avoiding seeing me."

His response had been horribly unfair: he behaved wonderfully.

The truth was, I had been. I'd been pulling away from Rick.

I hadn't even been consciously aware of it until Alison came out of her calorie-counting coma and asked me what I was doing one night when I showed up at her apartment, rather than going to see him.

"I heard you on the phone with him," she said. "You were pretty cool. Not cold, but pretty cool."

Her question was like a pinprick. Out came everything.

"I like him, I do," I lamented, "and that's supposed to be good, but I just can't get past the religion thing."

"I keep thinking: when he thinks of God, however rare that may be, the image that comes to his mind is Jesus," I said. "And that bothers me. I’ll never be able to relate to that.

"I felt out of place in his family. They were celebrating things that were totally foreign to me. Cross-cultural learning experiences are great, Alison, but I don't want that in my family. I want my family to be the place where I feel most at home."

I shook my head.

Cultural learning experiences are great but I don't want that in my family.

"And if I felt lost, just imagine him... Oh gosh, imagine him. He'd have to sit like a lump at, every Passover Seder, every family function. I know he'd be supportive, but it's not the same as being a part of it. I want a husband who can help our kids ask the Four Questions. Am I being a bigot? Is that too much to ask?"

"No," Alison had said. "But it may be asking too much of Rick. If you love him, you have to love him for who he is. And he’s no seder leader."

And, I realized crazily, I resented that.

Rick was looking at me, slowly spooning out the ice cream. Tentatively, I tried to explain what I was feeling, why I'd been acting so strangely.

He didn't say anything until I was finished -- and then, without a word, got up and walked out of the room.

Does wanting a husband who can lead a seder make me a bigot?

My heart dropped. Omigosh. I'd blown it. I'd hurt him. I sat there, stung, trying to decide if I should call or go after him. Before I made a decision, he came back in and handed me a small piece of paper. It was a business card.

I recognized the name. He was a young, reasonably charismatic rabbi who'd spoken at several young leadership events. I didn't understand what it meant.

"I went to go see him on Tuesday," he answered, his eyes too cloudy for me to read.

Why do you have a rabbi's business card?

"I went to go talk to him about dating someone who is Jewish, and we ended up talking about conversion," he said. "About me converting."

"You did?" I said, now sounding like a stupid parrot.

--This could solve everything! -- a gleeful voice sang in my head.

Jessica #9 - Attention From the Y Chromosone

Jessica #52 - Getting the Full View

Jessica #63 - Straight from the Horse's Mouth
Near Death Experience Panel
The Western Wall: The Heart of the World
Ask the Right Question: Tisha B’Av
Comments
MOST POPULAR IN Dating
Our privacy policy
Aish.com Is Looking for Great Writers