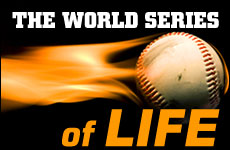 In life no one's a benchwarmer, and other key lessons from baseball.

Once a year, October magic, a.k.a. the World Series,
takes center stage across the United States and the entire country focuses on the American national pastime, Major League Baseball. Even nominal
fans take interest in who will win.

Like most American kids, I grew up with sports as a
major part of my life. And I still enjoy a good game every now and then. But I've
often thought, does it really matter how far a young athlete can use a wooden stick to hit a 95 mile an hour fastball thrown at him? Is it really meaningful if my team wins?

People sometimes live vicariously through their teams.
If my team wins the championship, I won the
championship. Perhaps we 'worship' our heroes on the sporting fields
because it is somehow our way of achieving greatness.

In our own lives, we often settle for mediocrity.
We don't think of ourselves as living heroic lives, nor do we often aspire for true greatness. So we subconsciously live out 'greatness' through our heroes
in the sporting world.

What a mistake. We can all be heroes, each of
us in our own way. We all have a personal World Series
to be won, and we are all in the game -- no one is a benchwarmer.

A few lessons can be gleaned from baseball for the
World Series of Life:

1. Take a few pitches
In order to succeed at just about anything, we need to
get a good view of what we are facing. We can't just
swing away without a clear vision of what the
challenges are. We need to get a good look at the
options and only then decide to hit. We need to
deliberate and reflect before acting.

We shouldn't be hasty when we making decision. First
slow down and scrutinize all the aspects before choosing.

2. Don't get caught looking
On the other hand, it is possible to be too deliberate
and, as a result, let opportunities slip by. In order to succeed, we have to plan appropriately, but at a certain point, we must give it a shot and swing for the fences. As our sages tell us, "Do not allow good deeds to leaven; if the opportunity to fulfill a mitzvah comes to your hand, do it immediately."

3. Prepare for the possibility of a curveball
If we're too inflexible, if we're expecting only a high fastball, we
could easily strike out if the pitcher throws a curve. We are not prophets,
we have no idea what will happen to us that is beyond our control.
And if something happens that changes the course of our lives, we have to be willing to adapt. We can't be set in our vision.

Moses taught us this well when he smashed the divine tablets that
God had given him to give to the Jewish people, after he witnessed the worshipping of the golden calf. He had worked extremely hard to receive
those tablets and he viewed them as a crowning accomplishment. Yet, he
changed course when he saw it was necessary.

4. Stretch a single into a double
There are times when we succeed, but with a little more effort,
we can go even further. We finish a short study session and start relaxing when really we could try to study a bit more.

The story of the Talmudic sage, Rabbi Akiva, comes to mind. He started studying Torah at age 40 and became the Torah leader of the entire Jewish nation. Many of us would have been happy just to learn how to read the prayers in Hebrew but Rabbi Akiva wouldn't stop at first base. He went on to hit many thousands of home runs.

"Every person is fit to be as righteous as Moses, our
Teacher" (Maimonides, Laws of Repentance 5:2).

God doesn't expect everyone to perform superhuman
feats as Moses did, but He does anticipate that all
people reach their own personal potentials.

If we live our lives properly and maximize our personal potential,
we can be as righteous as Moses.

We all have a World Series to win. In fact, it's always a Game 7 and our team
is down by a run in the bottom of the ninth with the bases loaded and two outs.

Further, a person should always view the world as if it is equally balanced, half culpable and half worthy. The world is judged based on the majority. If an individual does one mitzvah, he tilts the global scale toward good. If he transgresses, the global scale is moved toward evil" (Babylonian Talmud, Kiddushin 40b).

There are many lessons we can learn from baseball. Care to offer a few more in the Reader's Comments? 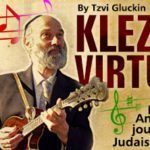 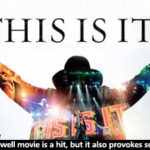 This Is It?4 min read 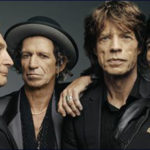 The Wisdom of the Rolling Stones5 min read 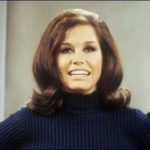 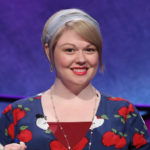 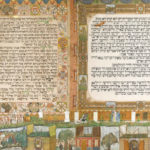 Up Against the Wall: The Remarkable Odyssey of Arye Steinberger’s Sukkah Art9 min read