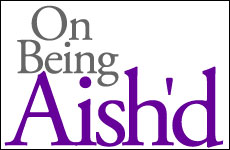 What is the secret of Aish HaTorah's success?

With the Jewish world experiencing rampant assimilation, intermarriage and apathy, it's hard not to be surprised by the phenomenon of hundreds of thousands of secular Jews getting turned on to traditional Judaism through one of the myriad of programs offered by Aish HaTorah and similar organizations. What is the secret of their success? For starters, let's look at the wide variety of Aish HaTorah's programs and ask: What is the common denominator?

Since 1983 ― long before Birthright came on the scene ― Jerusalem Fellowships has brought thousands of college students to Israel on subsidized programs to tour the land, learn about Israel and get a taste of the depth and meaning of their Jewish heritage.

Hasbara Fellowships, which started in 2001 in partnership with the Foreign Ministry to combat anti-Israel propaganda, has become one of the leading pro-Israel networks on campuses in North America, bringing 1,450 students from over 200 campuses to Israel.

Honest Reporting, the popular media watchdog organization, was initially launched by Aish HaTorah (it is now an independent organization).

The SpeedDating phenomenon was started by an Aish rabbi and students to promote Jews meeting Jews.

What's going on here? Actually, it's simple. Aish HaTorah and other outreach organizations have the most powerful "product" in the universe ― the Torah. Torah is the Almighty's instructions for living. The Torah teaches us how to maximize our pleasure and potential in life. It's the owner's manual, the blueprint of creation and the most revolutionary book in history. As the Talmud says: "Turn it over, turn it over ― everything is in it."

Judaism does not endorse leaps of faith or disengagement from the world.

Torah sells itself. For the first time in their lives, many young Jews see Judaism as a basis to answer the most important questions: How can I live a meaningful life? How can I build successful relationships, deal honestly in business and fulfill my personal potential? How can I really make a difference in the world?

Who knew that Judaism was dealing with such important questions? Everything Aish does stems from this. Give Jews who haven't had the opportunity to explore the relevance of Torah, to grapple with Judaism's approach to some of life's thorniest issues, and they will come away from the experience with a newfound pride in their heritage. Many of them will want to continue expanding their knowledge and nurture their commitment to Jewish values and practice. Aish's approach is that every individual must go at the pace that is comfortable.

One of the biggest challenges facing the Jewish people is apathy about Judaism and Israel. Apathy stems from ignorance: Can we expect intelligent men and women to care about something they know nothing about, except negative stereotypes, misconceptions and "Holocaust Judaism"? Only with an understanding of the meaning of being Jewish can a Jew make his or her own choice about their Jewish identity. It can't be made in a vacuum.

The Torah emphasizes building a rational basis of belief, to engage one's mind, stimulate the intellect through questioning and debate, and thereby nourish the soul. It does not endorse leaps of faith, all-or-nothing decisions or disengagement from the world. Jewish life requires both the mind and heart, but the mind must lead the heart.

Aish HaTorah gives Jews from all backgrounds, in a language they can relate to, the chance to deepen their education and taste the beauty and meaning of their heritage. While Judaism introduced its values to the world millennia ago, young Jews today realize that Judaism isn't about archaic ritual but about profound wisdom that is important today as ever.

Most of all, being Aish'd means to love being Jewish.

Young Jews are attracted to the idea of tikkun olam ― the Jewish people's history and destiny to serve as a light unto the nations. Once inspired, they become motivated to take an active role in tackling the main challenges of the day and bettering the world.

So what does it mean to be Aish'd? It means to become educated, to strengthen one's Jewish pride through knowledge and understanding. It means to grow Jewishly, one step at a time. It means replacing apathy with idealism. It means standing up for Israel and respecting every Jew. It means taking responsibility for the world, using the Torah as our guide, because that is the mission of the Jewish people. And most of all, being Aish'd means to love being Jewish.

Rabbi Yosef Shalom Elyashiv: Man of Truth & Tranquility
The Blue Beyond
Great Place to Live
Is Eating Supposed To Be Spiritual?
Comments
MOST POPULAR IN Israel
Our privacy policy