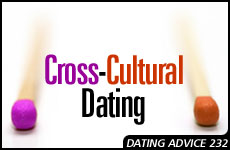 He's Sefardi. She's Ashkenazi. Is there a problem?

I am a junior in college and very focused on my future career. I'd like to be a clinical psychologist and plan on attending a PhD program after college.

Last semester, I was struggling in my statistics class and one young man offered to help me whenever I had a test, or didn't understand the material. I took him up on his offer and we became friends. But I was not even attracted to him, and I didn't think of him of more than a friend.

Soon, I was telling all my friends about him and about how great he was. Our statistics study sessions transformed into hour-long conversations about our life interests, goals and values. Soon, I realized that I had very strong feelings for him. He also confronted me and admitted how strongly he felt for me as well. I began seeing him in a new light, imagining us as a couple, seeing a future with him. I don't think I've ever met someone that I have connected with so much.

So what's the problem? I have an Ashkenazi background and he's Sefardic. I know it might not sound like a big deal, but in certain ways the mentality seems very different, in terms of expectations, family life, etc.

My friends say if I like him then I should go out with him. But I never envisioned (and I don't think my family envisioned) me marrying a Sefardic man. Does it make any sense to consider ending this wonderful opportunity based on his different customs?

The question you've asked is an excellent one. In reality, sometimes it makes sense and sometimes it does not make sense for Jews of different cultures to date each other because it might be difficult to reconcile their cultural differences. So the real question is how to know when cross-cultural dating is a good idea, and how to deal with the practicalities of accepting and reconciling two people's different backgrounds, customs, expectations, or even worldviews.

Let's look at the first part of your question. Jews from different cultures can and do have successful marriages, just as do cross-cultural couples who are not Jewish. We know of many thriving, happy marriages where the partners come from different cultures. But, it isn't as simple as accepting each other's differences and going on to have a wonderful life together. Each diverse couple has challenges to meet, and the more similarities between their backgrounds, the fewer differences they have to work through.

For a relationship to endure and to flourish, every couple needs to start with a few basic similarities. It doesn't matter so much if their geographic or ethnic backgrounds are not exactly the same. The key is that they have compatible value systems, expectations, and goals for the future.

So, for example, a young man and woman who were both raised in middle-class homes, whose families value higher education, and who have adopted similar views about how a husband and wife will balance their careers and their families, probably have a number of compatible expectations. A Jewish couple who has similar levels of religious commitment and observance share many basic religious values, even if some details of their religious practices differ. Factors such as the type of relationship a person's parents have, the way they deal with decision-making and financial choices, and the involvement the family has in the community will influence that individual's expectations about his or her own marriage. The more similarities in areas such as these, the more likely it is for dating partners to find common ground.

It is true that as a general rule, Sefardic families are inclined to a particular style in these areas. But the degree to which this man's views differ from yours is very individual, and something only you can really determine.

Assuming that you've identified at least some differences, the next step is to learn about these differences and figure out how to reconcile them. This can be a little more complicated than it sounds.

One reason is because there are other people involved besides the couple. For example, your parents may not know many Sefardi families and his family may not know many Ashkenazi families. It's easy for them to be skeptical, or even intimidated, by something unfamiliar. And each family may wonder how someone from another culture will "fit in" with family members, how much of the rich tradition the parents have passed on may be altered in the next generation, or even uncertainty of how they will relate to their potential in-laws. Since customs play an important role in Jewish religious expression, deciding which customs a cross-cultural couple will adopt can even involve questions of Jewish law.

That's why it's a good idea to consult with a rabbi and with some successfully cross-cultural married couples. This will help you identify your differences and discuss how you envision dealing with them. Once you've "done your homework," it will be easier for you to help your parents and families appreciate that you are aware of the challenges and have a realistic plan to succeed.

We also suggest that you help set the framework for a smooth first meeting between their parents. There's a lot that both sets of parents may need to discuss, and there are often big differences about how the wedding is structured, who pays for what, how often the new couple will visit each set of parents on holidays, etc.

Inevitably, there will be challenges that crop up during the engagement and marriage. No one can anticipate everything. But it's important to bear in mind that no matter what their cultural backgrounds may be, every couple discovers new differences during their engagement and marriage. One of the skills successful married couples acquire is the ability to address these differences, and reconcile them through give and take.

We hope this helps you navigate the dating maze, and we wish you the best of luck.

Dating Maze #255 -Ruddlerless
Is Grease the Word?
Dried Fruit Compote
Scientific Curiosity and the Divine Encounter
Comments
MOST POPULAR IN Dating
Our privacy policy
Aish.com Is Looking for Great Writers