Jewlarious has created a top ten list in honor of this year's election.

The Book of Lists made them popular. David Letterman made them hilarious. Never to be outdone, we, at Jewlarious, have created our own three top ten lists in honor of Election 2008.

10. A whole town meeting, and not even a single piece rugelach ... or a Black and White cookie.

9. Only 80 people in the room and they still need microphones.

8. Not one person fondly recalls how his father, the poor son of immigrants , started at the bottom of zayde's business – and inherited his way to the top of a gefilte fish empire, adding: "Only in America."

7. When making a point, you won't hear an anecdote quoting either Myron Cohen or Sam Levinson.

6. When a candidate talks to an audience member who: a) is from their home State; or b) also went to Camp Ongeblussen, he won't give a hug or cry out, "A landsman!"

5. No candidate promises to cut the Federal budget by buying everything – from office equipment to weapons of mass destruction – wholesale, or through his cousin Irving.

4. During rebuttals, you won't hear the words: "shmegegge," "shmendrik," "chazzer," "gonif," or, "May your supporters continue to grow large ... and when they vote for you for President, find only chads they can't punch next to your name that only hang, like it hangs from your nose."

3. When they run over their time limit, the moderator, instead of a speech about rules, doesn't have the brains to say: "Enough already!"

2. After an hour, neither candidate has discovered that his wife and half the audience share an ancestor from a tiny village in the Ukraine.

1. At the end of the debate, not one relative is heard screaming, "Polls, Shmolls! I say he won!"

10. Inviting Mr. Loehmann to choose your dress for the Inaugural Balls – and remove the label.

9. Fighting with the decorators about adding a small corner to the Oval Office – so the President can "stretch out" after lunch.

8. Insisting the Secret Service give your daughter with the braces, the code name
"Sheyna Maidel" – and saying it out loud to help her self-esteem.

7. Making sure there's always a fresh ten pound brisket – with little brown potatoes on your husband's desk in case he wants a wholesome snack.

6. Getting the UJA (or Steven Spielberg) to donate 132 mezuzahs plus extras for the entrances and porches to make the White House a little bit more heimishe.

4. Yelling: "Oy! Are you SURE you're OK?? " when your husband spends more than five minutes in the Oval bathroom.

3. Cutting White House costs by using paper plates—with compartments. The Lenox, enamel and Wedgewood is for holidays – and dignitaries from "fency-dency" countries, only.

2. The day after Pesach, hosting the largest Afikomen hunt in the Land for all the little children and awarding the winner a lifetime supply of chocolate coins.

1. Presiding over a yearly fund-raising gala in the Rose Garden you've named: "Jewlarious.com Forever!" a health-related cause close to your heart, based on your personal and political belief that "Laughter is the best medicine!"

Promising not to run a "shmear" campaign.

10. Promising not to run a "shmear" campaign.

9. Introducing a new Defense Plan – N2D. Sending 18 Jewish bubbies to our enemies to NUDZE them to death.

8. Pledging to immediately change Fanny Mae and Freddie Mack Fannie Brice and Freddie Roman. Not one needed a bail-out.

7. Cutting medical costs by a Federal program to oversee a mass distribution of free chicken soup.

6. Including a homey shot of you lovingly cautioning the family dog, Mendele, that the bone he's chewing from the garbage is traif.

5. Somehow mentioning that either Barbra Streisand (D) or Jackie Mason (R) goes to the same stylist as your cousin Myrna's son's fiancee.

4. Showing a sincere close-up of your mother saying: "He's always been a good boy and practiced his violin faithfully."

3. Making sure it's mentioned that Son of Sam (David Berkowitz) was adopted.

2. Citing the fact that your alma mater, City College in New York, has had more Nobel Laureates than Swarthmore, Amherst, and the University of Calcutta.

1. "This message is approved by Mama, by Tanta Rose, by Bubbe Bella – and by the whole mischpoche." 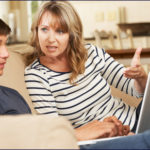 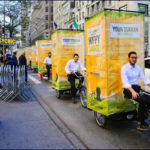 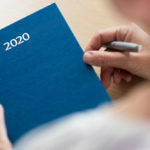 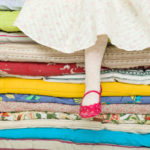 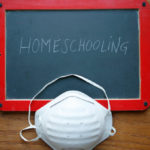