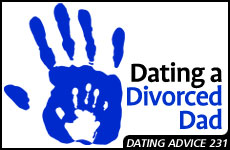 She's locked in a power struggle with a 7-year-old.

For the past few months I have been dating a man with a 7-year-old who throws tantrums and gets what he wants. I even have to sit in the back seat if he is in the car. Yesterday I was driving and the son demanded that his dad to sit with him in the back, while I played taxi driver.

I think this is so disrespectful and is not the way to teach a child how to treat someone his father is dating and cares about. I have made a stand, but the man I am dating does not see my point of view. He says that since he only sees his child three days a week, "If he wants to sit with me, he should sit with me."

I really like this man. Why is this upsetting me so much?

It's often hard for a divorced dad to know how to strike a balance between his relationship with the child he loves and no longer sees every day, and the woman he is dating (and may marry in the future). It's also hard for a 7-year-old to get accustomed to another woman in his life. He sees you as upsetting the status quo, and interfering with his relationship with his father, and that's hard for a child to accept.

We know that it's also hard for you to have a man you care about, when it seems that his relationship with his son may sometimes be more important to him than your feelings. Intellectually, you probably can understand this man's desire to be a good dad, and even admire the fact that he makes an effort to spend time with his child. At the same time, you wonder how things will balance out if your relationship with this man continues to grow.

All of these are normal issues that many others in your situation experience. One important point to be aware of, however, is that this cannot become a power struggle between you and the child. Everyone will lose, especially you. Because at this stage, this man has greater loyalty and obligation to his son than he does to you. At this stage, that's the reality.

However, there is a way to deal successfully with this issue. For starters, it would help you to understand that there are two separate issues at play: 1) your concern about the way this man gives in to his son's tantrums, and 2) the fact that he seems to be placing his son's concerns above yours. Each has to be handled differently. The way we see it, the child's behavior is something that should be addressed right away, while Issue #2 has to be dealt with more gradually.

As hard as it is for you to take a "back seat" to this boy (both literally and figuratively), you need to understand that time is a factor in making the change that is important to you. This man sees his son becoming upset at the prospect of losing his treasured position next to his father, and may feel that you haven't yet "earned the right" to insist that the adults sit together in front.

It is possible that this man expects you to understand what's going on -- that he needs his son to feel comfortable with this courtship and to gradually become accustomed to your presence in the family. And he may not realize that since you don't have children yourself, it's harder for you to see this issue from the perspective of a parent-child relationship.

Also, it will help for you to understand this little boy's point of view. Your involvement in the family is probably confusing to him, and he probably sees you as usurping his position. He doesn't understand that you are not in competition -- i.e. that his father's feelings for you do not diminish his father's love for him. (And you shouldn't think of the boy as competition, either. If you do, this relationship is not for you.) He throws a tantrum because at this age it apparently is the way he's found most effective to communicate his displeasure. So if you are able to understand his fears, you should be able to see him as more of a concerned little boy, and less as a bratty child who's being spoiled by his father.

In order for this boy to see you less as competition for his father's time and attention, and more as a friend who is becoming involved in his family's life, he will need more support from his father about the strength of their relationship and about the role that you are beginning to play in it. It's a good idea for you and this man to discuss the ways to achieve this. And in general, it sounds like you and this man need to improve your communication, in order to better understand and respect each person's perspective.

In the meanwhile, it is entirely reasonable for you to want this boy to treat you respectfully. We suggest talking to the dad about your concerns, and encourage him to ask the boy to speak to you politely and respectfully. (And his father should develop an effective way to deal with him if he acts disrespectfully.) But you need to be sensitive about not putting the dad in the position of being a referee or having to make choices.

If you see that as your courtship progresses this man is not responsive to your concerns, it could be that he hasn't worked through how he sees himself as a divorced parent, or that he isn't yet ready to have another woman share his life because he can't yet balance single fatherhood with the prospect of re-marriage. If either turns out to be the case, we wouldn't recommend your continuing the courtship.

With regard to the specific issue of seating: At first, the dad can discuss the idea of occasionally changing the arrangements and reassure his son at the same time. The transition might be easier if you also tell him how much you appreciate his switching places with you on this occasion. You might want to play a car game during the ride to make it a pleasant one for everyone. Thank him again when the ride is finished. You can expect him to want to switch back to the front seat again on other trips, and that it might be another drive or two before he's comfortable enough for you to ride in the front seat again.

We see the issue of seating in the car as a metaphor for other changes this man and his son will have to make as you play a greater role in their lives. If the dad explains these changes to his son and gives him time to adjust, it will be easier for him to handle. And if you can try to see their perspectives, and work with this man to address their concerns as well as your own, it will be easier for you to make the transition from a "new fill-in mom" to a "member of the family."