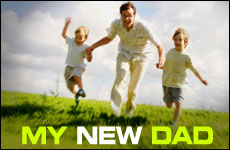 Real change is possible after 50. I know because I saw it happen.

The male mid-life crisis is famous for the trade-in of cars, jobs and wives for the updated racier models. Standing eye to eye with mortality, after all, can give you a good bone chill.

But my father must have seen something else when he peered down the shortening corridor of his life.

Growing up with my father was not easy. From the beginning of his medical training, my brothers and I were often left bereft of our father's presence, as the hospital ever so neatly seemed to need him whenever we did. Long nights away from home were de rigueur, and all of the bedtime rituals and middle of the night cuddles were left in the domain of our mom. As his career expanded and he became an eminent cardiologist, the life saving advice that others sought from him always seemed to cast our childish needs in a trivial pallor.

His variegated hobbies also vied for his attention. My father was proficient in just about everything from ancient history to modern technology. Lauded as an Adonis by the world at large, the small world around him keenly felt his absence.

We all piled into the car, headed towards some boring educational destination, and if something went awry – watch out!

When he was around, things weren't all that pleasant either. Exhausted from his long days at the office and the hospital, his fuse was short and his temper often flared for small infractions. Groomed to be a family man, he insisted on Sunday afternoon family trips, perhaps as a way to assuage his own guilt at not being around more. How we dreaded those trips! We all piled into the car, headed towards some boring educational destination, and if something went awry -- watch out!

To be fair, my childhood was basically happy nonetheless. My parents were happy with each other, my mother was super-mom, my brothers were fiercely protective of their only sister, and we all got used to my dad's absence. And we had many memorable times together as a family that were not peppered by my father's outbursts.

But my father's aloofness, volatility and critical nature imperceptibly clouded the felicitous nature of our family.

I think he sensed the need for change somewhere around his 40th birthday. I started seeing self-help manuals on his nightstand (they sure didn't seem to be helping). Already a know-it-all teenager myself, I scoffed at the thought that one could change their nature at such a late stage.

But I was wrong.

Inexplicably, my father viewed his mid-life crisis as the time to expose the rawness of his character to the harsh elements of introspection to allow the sunlight to slowly heal him. It didn't happen overnight, but ever so slowly we all began to notice a change which eventually morphed into an utter transformation.

My father had never been a member of a synagogue before, so we were astounded when he opted to move to a new community in a new city for the sole purpose of being in close proximity to an orthodox synagogue. He was 50 years old.

Leaving behind friends and all that is familiar after 30 years in a community is not easy for anyone, let alone my father who is a real creature of habit. But he did it. He started attending Torah classes, and met regularly with the Rabbi, for whom he cultivated a great respect.

And his character was changing right along with him. His ire, which had once so defined him, slowed and then stopped completely as if a dam had been built to curb his flare-ups. At first you could see him going through the motions of holding back, but after a number of years it became second nature to him, and you could tell that the struggle was long behind him. My father cut back his hours at work, spending more time at home with his children and grandchildren. And we chose to live nearby to enjoy the pleasure of his company.

Instead of criticism there was praise, pouring forth form his mouth like a surplus of diamonds.

Instead of moping at the Shabbos table, my father was giving over Torah thoughts. He began working for the community, arranging benefits and utilizing his varied talents to help to build the Jewish community.

Instead of criticism there was praise, pouring forth form his mouth like a surplus of diamonds. He complimented my abilities as a wife, a mother and best of all, as a daughter.

At the recent Bar-Mitzvah of my son, my normally laid back personality caved in under the stress of the experience. I had not ordered enough cups, and I was concerned that the guests milling about were thirsty. I was extremely agitated, frantically trying to figure out what to do. My father approached me and put his arms on my shoulders.

"Debbie," he said softly. "Perspective. It's going to be okay. I'll get the cups. This will pass. I want you to enjoy yourself. Let's not sweat the small stuff." I had to marvel at the role reversal in a man who used to fly off the handle if someone forgot to shut the light when they left the room.

And when a malpractice lawsuit threatened all of his assets, my father maintained his equilibrium throughout the long litigation process. We never saw him sweat anymore, even over the big stuff.

Maybe I shouldn't have been so shocked by my father's metamorphosis. As Judaism became more of a substantive part of his life, as it did in my own life, I supposed he realized the Torah's belief in the power of change. Maimonides says that every human being has the power to be as great as Moses himself, should he choose to do so. And every year we are afforded the opportunity during the Days of Repentance to clean the slate and start anew. It's no easy feat, but if my father could do it at 50, it certainly isn't impossible.

My brother and I recently called our father together. "I love you," he said at the end of the conversation.

My brother looked at me. "Do you remember when the pussycat used to be a tiger?"

"Neither do I," he said, and we both laughed.

20 Ways to Bring Out the Best in Your Children

My Child, the Thief
Why Are The Prayers Of Yom Kipur So Repetetive?
Ha'azinu 5783: A Time for Unity!
Twisted Thinking
Comments