A Time to Believe 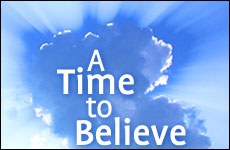 Every holiday in the Jewish calendar represents a certain spiritual energy, and Passover resounds with the energy of faith.

Passover occurs in the month of Nissan. The Torah considers Nissan to be the first month of the Jewish calendar. “It is first for you among the months of the year.” (Exodus 12:27) Thus Passover is the first holiday of the Jewish year.

Why? What is so primary and significant about the time when the Jewish people left slavery in Egypt?

Every holiday in the Jewish calendar represents a certain spiritual energy most potent on that day -- a specific opportunity or potential which can be accessed most effectively on each holiday throughout the cycle of the Jewish year.

On Yom Kippur we enter into the same experience of forgiveness Moses had when praying for the Jewish people for 40 days after the sin of the Golden Calf. These days culminated on that very date with the words of God:

On Passover, therefore, we enter into the same spiritual opportunity which the Jewish people experienced on their very first Passover. What potential does this holiday hold for us?

On the first Passover, we experienced redemption and birth as a nation.

The quality which this particular redemption instilled in us, its main feature, and the founding element of our nation’s existence was emunah –- belief in God. And the ability to reconnect with that power is available to us on Passover every year.

Belief in God was a major factor in our redemption. At that time, the Jewish slaves had reached their lowest point spiritually. They had assimilated entirely into the Egyptian culture and yet they had not descended beyond the point of no return. The level of belief in God remained intact:

On the other hand, their oppressor, Pharaoh, was seen as a major doubter of God’s

THE PLAGUES: A LESSON IN EMUNAH

Whereas all nations may have a basic belief in God, Jews take this belief further. We believe not only in the existence and oneness of God, but in His direct involvement with His creation. God supervises the world, controls nature and is omnipresent and omnipotent.

It is no accident that the first of the Ten Commandments given to us at Mount Sinai states:

The exodus from Egypt (preceded by the ten plagues) was designed to clarify these elements of belief (God’s existence, supervision and ability to control nature) to the Jewish people as well as to the non-Jewish afflicting nation:

All heard before the plague of blood:

And before the plague of wild animals:

And before the plague of pestilence:

Thus God Himself demonstrated His existence, His supervision and involvement, and His all-encompassing power.

PRACTICING WHAT WE PREACH

The word Pesach, “Passover,” can be divided into two words: Pe, meaning "mouth" and sach, meaning "talks." In other words, "the mouth that speaks."

One of the biggest sections of the Seder is maggid, "telling." The word haggadah itself comes from the same root -- "to tell."

This seems to be the major theme of this night of commemorating the miracle. As we are commanded: “And you should tell your children…”

What is so important about speech?

To speak is to articulate belief, to concretize an ideal or theory through verbalization, to make it solid and permanent in our hearts, and to transform it from the abstract into a reality.

On the first Passover of redemption we were so caught up in the bustle of activity, we couldn’t verbalize our thoughts and feelings about the event. We couldn’t appreciate the enormity of the miracle and the strength of the Almighty.

But every year since then, on the Seder night, the night of “order,” we have the ability to organize our thoughts, articulate them with clarity and perspective. Verbalization allows the significance of these events to sink in and influence us and our children for generations to come.

We commemorate, as well, our first halting words as a nation, when we reached the Red Sea and sang the “Song of the Sea,” thus reclaiming the Jewish art of communication with the Almighty, which we had temporarily lost through the many long years of slavery in Egypt.

This also explains why the commandment of speech on the Seder night is limitless. As we read in the Haggadah:

Since this is the holiday which instills in us the “belief-energy” for the entire year, and verbalization of these events is crucial to their integration, it doesn’t matter if we’ve heard the story 100 times before, we’re expected to engage in this all-important activity.

God, Who is infinite, can never be grasped fully by us finite beings. There can never be an end to our search for more meaning and understanding. Therefore the more we discuss and articulate, the better and more real our belief will be.

It makes sense, then, that this fundamental holiday comes first in our calendar and is most important to us as a people who became a nation through God’s redemption.

It provides us with the basis for our belief in an involved, all-powerful, infinite God and thus, the reordering and retelling of the miraculous events surrounding our exodus from Egypt becomes a powerful tool of realization of these ideals. 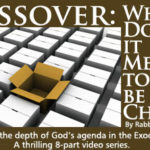 Passover: What Does it Mean to be Chosen?1 min read 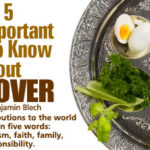 The 5 Most Important Things to Know About Passover9 min read 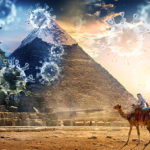