Wanted by the FBI 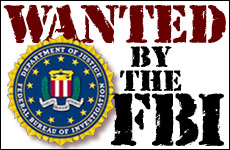 Rabbi Cary Friedman, then a congregational rabbi in Linden, New Jersey, was delivering a eulogy at the request of a local funeral home. As customary in such instances, he agreed as long as the burial was conducted strictly according to Jewish law. Since the departed and his family were unaffiliated Jews, Rabbi Friedman kept the speech fairly simple, offering the family much comfort by speaking in universal terms that everyone could understand. 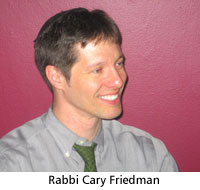 As the service concluded, a man approached Rabbi Friedman and introduced himself as a friend of the family who had come to pay his respects – and also as a senior officer in the FBI. He had been very impressed with Rabbi Friedman's eulogy, he explained. It was very spiritual, yet simultaneously universal and nonjudgmental. For some time, he said, the FBI had been looking for a man who could speak in just such a way. "Could you duplicate that on a regular basis?" he asked. Rabbi Friedman said that he could. "Then I think you're the man we've been looking for," the agent told him. "We need someone to teach spirituality at the FBI Academy." Rabbi Friedman stood there, baffled, wondering, Why does the FBI need to learn about spirituality?

In God We Trust

Intrigued by the challenge, Rabbi Friedman consulted with Rabbi Yehudah Parnes who pointed out that the United States legal system fulfills one of the Seven Noachide Laws: providing courts of law. Therefore, it would be a mitzvah to help them continue to do so, especially if they were made aware that this is one of their biblical obligations. It would also be an opportunity to discharge a debt of gratitude that the Jews of the United States owe to the police force. And it would be a kiddush Hashem – a sanctification of God's Name.

Rabbi Friedman accepted the job immediately, and then began an extensive training process at both the FBI and National Academies in Virginia. For months, he studied their training methods and spoke to hundreds of officers, while reading everything he could find on the psychology of law enforcement. His goal was to put together a curriculum, so that every police officer -- regardless of religious belief -- would have tools to prepare and strengthen him to handle the problems that would arise.

"We have this image of police officers as gruff, uneducated, power-seeking bullies who have very little regard for the citizens they're sworn to protect," Rabbi Friedman says. "That's really not the case. Most police officers don't start out that way. Many enter law enforcement motivated by very noble, spiritual values, most often moved by a belief in God. People go into police work for many of the same reasons that one would go into the clergy. Many, many police officers have told me, ‘I was thinking of becoming a priest, but I decided to become a policeman, instead.' There's a certain relation between the two fields."

Unfortunately, the bitter truth of life as a police officer quickly does away with even the best of intentions, leaving the officer in a very dangerous mental and emotional state, which leads to all sorts of negative behaviors, both self-destructive and abusive.

In the course of their job as first responders, they encounter horrible accidents and tragedies every day, events that look completely random. They may not be able to articulate theological questions about why bad things happen to good people or why evil exists, but doubts accumulate and eventually take their toll on them.

After a few years on the job, Rabbi Friedman explains, police officers are overcome with so much stress and negativity that they're almost completely drained of their original high ideals. In short, the negative image we often have of police is what happens after they've become victims to the evil they are sworn to fight against.

"After even one year on the job, they realize that they're not really making a difference in the world," says Rabbi Friedman. "By five years on the job, they've gone into spiritual overdraft; they've depleted all the spiritual resources they came in with, and they're spiritually bankrupt. They confront a world where God is seemingly missing. Where is He? How can people behave so wickedly? What hope is there for the future? So they quickly lose any sense of optimism."

The FBI sought a way to help police officers replenish their spiritual reservoirs. They realized that they needed more resources for this than the average psychologist could provide. A psychologist can help officers to process the trauma of their daily experiences, but he can't provide answers for the existential questions that arise from them.

Rabbi Friedman compares it to a car engine that needs a regular tune-up in order to keep in working order. Psychology can help officers to process their trauma, to keep their mind functioning, in working order. But without gasoline, the car won't move; it needs fuel to propel it forward. In the same way, he says, no psychologist can tell a police officer why he should keep getting up in the morning to do his job. Because the best thing police officers could do for their own psychological well-being is to quit. "Every single day of their career they'll be confronted with things that are really ugly, and they need to battle against the psychic toxins that this brings into them," Rabbi Friedman explains. "A psychologist with any integrity should say, ‘You shouldn't be in this job.'

"Every single day of their career they'll be confronted with things that are really ugly, and they need to battle against the psychic toxins that this brings into them."

"Why are they in the job, in the first place? That's the gasoline. They're in it ‘to protect and to serve'; they want to help the world. Deep in their soul is the desire to do good. Only spirituality can provide that motivation, and the proper tools are needed to continue to justify and enhance that initial drive."

Rabbi Friedman was well suited to explaining complex spiritual concepts to the relatively uninitiated. He and his wife had done outreach at Duke University in North Carolina, following several years of learning and teaching in various yeshivas and seminaries in Israel. He is also the author of several books, including two on marriage.

Letter of the Law

Rabbi Friedman didn't feel comfortable teaching spirituality without mentioning God. But what did United States law say about this?

He spoke with several law professors and discovered that American law allows mention of God, as long as it follows the guidelines known as the civic religion of America. This "civic" religion permits the invocation of God as the Creator, as we find so often throughout the American legal system, for example, "In God We Trust" or "One Nation under God." Rabbi Friedman learned that he would be on safe ground teaching the Noachide Laws as Divinely ordained laws of ethics incumbent on all of humanity.

A year later, Rabbi Friedman had developed a curriculum which he then expanded in his book Spiritual Survival for Law Enforcement. The book has enjoyed great success. Some police academies have started awarding copies of it to police academy graduates. The New Orleans Police Department distributed 1,000 copies to their officers, who were subjected to overwhelming stress during the aftermath of Hurricane Katrina, when marauders roamed the streets, wreaking even more havoc on the already devastated city.

That was six years ago. Today, Rabbi Friedman and his wife Marsha live with their six children in Passaic, NJ, where he teaches at several local college campuses and still makes frequent trips to various police academies, lecturing to officers, and educating police trainers.

The key to Rabbi Friedman's teaching success, both for the FBI and in Jewish outreach, is his awareness that at the core of every Torah teaching is a truth both about how the universe works and about the inherent contradictions in the human condition.

A typical case that came up involved a police officer who was forced to shoot and kill a would-be bank robber. He was devastated by the experience and could not stop crying over the incident. His chaplain approached Rabbi Friedman to inquire how to help take away his pain. Rabbi Friedman gave the chaplain techniques to help ease the officer's guilt by strengthening his sense that what he did was ethically and morally right, despite the pain it inflicted.

Another challenge that arises is that police officers practice what's known as "officer safety," essentially the strategic assumption that everyone around them is dangerous, hostile, and poses a grave threat to them. This is an essential strategy to ensure the safety of police officers on the job, but, obviously, wreaks havoc on one's ability to function in the world when off duty.

Rabbi Friedman addresses this concept in his book, describing how with a belief in God, the world is in truth essentially a safe, good place. He points out that even though every accident or crime scene shows the evil of the world, one can also notice how much good is present as well, namely all of the helpful emergency workers and concerned bystanders who are there doing whatever they can to help.

At the same time, the spiritual tools cannot compromise the defensive awareness that the police officers acquire during their training. "We must deal with police officers and put them in touch with their spiritual sides without weakening their resolve and producing a bunch of uniformed wimps," Rabbi Friedman explains. "We're not dealing with social workers; we're dealing with police officers, and any spirituality awareness we peddle must not threaten their image or culture or self-perception of invincibility. Spiritual interventions must strengthen them and their resolve to do the job, not weaken their resolve in any way. These newfound infusions of spirituality must energize, not enervate, them."

The Jewish Ethicist - Careless Cashier
Blessing on Chewing Gum
Was Rahab a Prostitute?
Extras In Our Own Epic
Comments
MOST POPULAR IN Current Issues
Our privacy policy