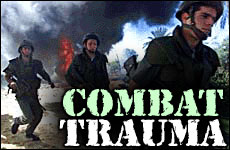 The effects of war linger long after the battle is over.

An Israeli professor who is studying the long term effects of war on the soldiers who fight it, is now sharing her knowledge with US counterparts in an attempt to provide better therapy for American servicemen and women returning home from the battlefields of Iraq.

Over the last 20 years, Tel Aviv University Professor Zahava Solomon has conducted research into the psychological consequences of war and terror. She recently returned from a conference in Florida at the second annual National Symposium on Combat Stress Injuries: Addressing the Challenges, Explaining the Solutions, and Managing the Injuries, where she spoke about managing stress while still in combat.

"It's important to understand the long term consequences of war and to minimize it," Solomon told ISRAEL21c,

While people tend to perceive war as only taking place on the battlefield, according to Solomon, a professor of Psychiatric Epidemiology and Social Work and the Head of the Adler Research Center for Child Welfare and Protection, for many the effects linger long after the battle is over.

"The war does not end for a considerable portion of these individuals and relatively high rates of combatants continue to suffer from post-traumatic stress syndrome (PTSD) [an anxiety disorder that can occur following the experience or witnessing of a traumatic life-threatening event]. They continue to experience the war in nightmares and flashbacks. We pretty much liken it to cancer of the soul," she said.

According to Professor Solomon's research, which has revolutionized the way Israeli soldiers are treated in battle, the best way to combat stress is to give immediate treatment while soldiers are still on the front lines.

"Our 20 year follow-up study has actually documented that if this very simple treatment is applied on time, then the consequences are very favorable and this relatively simple treatment can actually save years of agony and pain," said Solomon. "The first study was published in The American Journal of Psychiatry in 1986, and its follow-up in 2005. It's the only documented empirical study that has supported the doctrine that has been used by the Americas, British and all western armies."

Solomon, who has published five books on psychic trauma related issues, over 200 articles and more than 50 chapters, and also been awarded numerous international awards for her work in the field of PTSD, has been one of the few researchers worldwide able to carry out long-term studies on the effects of combat on solders. She began her career as head of the research branch of the mental health corps of the IDF medical school, conducting her first studies of PTSD on soldiers during the first Lebanon War in 1982.

"Nobody anywhere has data sets where they follow individuals for 20 years, from the battlefields onwards. If we get enough funding, we will be able to do this for many years to come," she said.

Solomon's research has focused on three different population groups: soldiers, Holocaust survivors, and former prisoners of war. The lessons Israel's 'natural laboratory' provides, offers valuable material for researchers, helping them discover new solutions to help treat those who suffer from PTSD and a range of other psychological illnesses.

"My mother spent her childhood in Auschwitz. The issue of trauma has not just been an academic issue but also a real life personal thing."

According to Solomon, it's easier to conduct studies on soldiers in Israel than in the US due to the concentrated population and smaller size, as well as a more global acceptance of soldiers. But despite a more welcoming environment in Israel, it has not always been easy for Solomon to get the soldiers' to cooperate.

"When we started, it wasn't much of an honor to be a traumatized soldier. Many of our initial interviewees were reluctant to participate," she explains. "Despite the availability of benefits for soldiers, many of them went out of their way not to ask for help. In macho cultures, seeking help is seen as failure. Obviously, over time there's been a major change in culture and the way Israeli society views these things. As a result, people go on interviews, reveal their stories and ask for compensation and help right away. Even more so, we've seen parents whose children had a psychotic breakthrough and now they want their children to be recognized. It's a complete change of heart."

Solomon's US counterparts have been surprised at the respectful way in which Israeli society treats its soldiers, even those suffering from the aftereffects of battle or those who fought in unpopular wars, such as the first Lebanese war in the early 1980s, which is often described as 'Israel's Vietnam'.

But in Israel, Solomon explained, "even though individuals didn't look very favorably upon seeking help, the soldiers were always treated with the utmost respect, because the soldiers were not always blamed for their actions. In Vietnam, it was a completely different story. In Vietnam, soldiers were looked upon [by a segment of the US population] as baby killers who had fought a dirty war. In Israel, the culture has always looked very different."

Perhaps as a consequence of these divergent opinions, Solomon's research has always aroused great interest in the US, where she says, "it has always been well received."

Solomon is recognized as one of the world's leading experts in combat trauma. She's served as an adviser to the Diagnostic and Statistical Manual of Mental Disorders (DSM), a handbook published by the American Psychiatric Association and used by mental health professionals, which lists different categories of mental disorders.

Solomon's personal background as a second generation Holocaust survivor led her to this field. "My mother spent her childhood in Auschwitz. The issue of trauma has not just been an academic issue but also a real life personal thing," she says.

She first became involved in studying trauma and war as part of her military service. "There, I became convinced that these individuals paid a heavy tool for man's proclivities to solve conflicts via war and aggression. It became clear that these individuals need to be seen and heard and their suffering has to be documented and it's become kind of a life mission."

And now, thanks to that mission, American soldiers coming home from Iraq, will be receiving the best care possible. 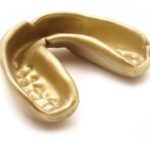