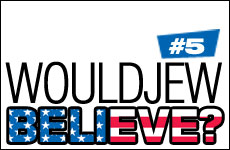 MY SON THE GENIUS!
This phrase was probably on the lips of Hyman and Rebecca when in 1884, their seven-year-old, Joshua Lionel Cowen (born Cohen) attached a small steam engine to a wooden locomotive — and blew up the wallpaper. As a teen, this genius invented an electric doorbell -- then dropped the idea when his teacher at Peter Cooper Institute called it impractical. Worse, he lost a fortune selling rights to his electric flowerpot. True, it wasn't a hit, until the buyer detached the tubes and marketed ... the Eveready Flashlight. A little wiser, Joshua, with a friend, launched the Lionel Manufacturing Co. in 1900. After attempting to sell portable electric fans, he again turned to his boyhood fascination and attached the fan's motor to a miniature wooden railroad car. This time it didn't explode. It moved. And Lionel trains was born. As inventor of the quintessential Christmas gift, Joshua Lionel Cowen joins the list of brilliant and talented Jews (such as Irvin Berlin) who could rightly say, "Ho Ho Ho" during the Christmas season!

HE THREW THE BULL
There are many Jews who top lists of Famous Firsts, from Lipman Pike, the first pro baseball player, to Sylvan Goldman, papa of the shopping cart (which was in this column last month). But here's one that threw me. The first American to successfully "throw the bull" was a Jew. His name: Sidney Franklin. His game: Bullfighting. (His mental status? Meshugge.) Born in Brooklyn, New York on July 11, 1903, he dropped out of Columbia University yet, went to Mexico, and rose from novillero (apprentice) to matador de toros in 1932. He fought bulls in Spain and Latin America, and counted Ernest Hemingway among his legion of fans. Oy, what a waste. If Sid had also been a shochet, he could've fed half of the world's Sephardim!

If Sid had also been a shochet, he could've fed half of the world's Sephardim!

NINE DEGREES OF SEPARATION
Queen Padme Naberrie Amidala in those Star Wars prequels, is sabra Natalie Portman when not in sci fi Geekland. The actress, "discovered" while buying pizza on Long Island (what else?), like many a Yiddishe meydl is small in stature, and big on brains. The Hollywood Superstar is also a Harvard grad (what else?). During her time in the "Yahd," fans (OK stalkers) began emailing every undergrad named "Natalie" in the Harvard cyberspace. Well, needless to say, the group (of nine) "Natalie-not-Portmans" were so amused, they formed the so-called "Harvard Natalies" to exchange all those juicy tomes, never mind marriage proposals! Which only proves that if you look hard enough, some good can come from any situation. Even a bissel "identity theft." Oy.

PLAY IT, MURRAY!
Of all the sound stages, in all the studios, in all the world, a school teacher walks into Warner Bros. – and makes film history! In 1931, a university senior played "As Time Goes By" (from Broadway's Everybody's Welcome) so often his pals grew sick of it. The song lingered in Murray Burnett's memory. In 1938, Burnett, a Jew, traveled to Vienna to rescue relatives and learned of escape routes through Casablanca and a cafe, La Belle Aurore, packed with refugees, along with a Black piano player. In 1940, the New York City teacher wrote a play with friend, Joan Allison, called Everybody Comes to Rick's. It was purchased by Warner Bros. for $20,000, transformed into Casablanca, released in 1943. So here's looking at you, Murray!

THE KOMISH SKIES
My friend and colleague in "letters," Tim Boxer, had the pleasure of flying the Israeli airline, ISRAIR. In 2006, the airline started regularly scheduled service to Kennedy. But, as Tim learned, the "service" is anything but "regular." Their logo (on the slippers they slip you), is "Fun is in the air." And the quips are flinging and flying from "cast" and crew, dressed in polos and jeans. A query? The captain announced, "We'll be happy to answer all your questions about Israir. Questions about any other airline ... we don't care." Taxiing in, the "Catskill" captain reminded, "Don't forget to take all your personal belongings, including spouses and children. Anything left behind will be distributed among the flight attendants." And his parting shot? "Last passenger has to clean the plane." But, it's not all fun and games. In late 2006, the airline introduced the first Sky-Torah scroll on its aircraft, to be used for prayer in flight. The five books of Moses are to be used on board for Monday and Thursday prayers when a part of the Torah is traditionally read during worship. Altogether, in my opinion, an excellent idea, especially when tummlers are flying the komish skies!

MATZAH CENSUS AND SENSIBILITY
Forget census takers, forms, and huge government departments! If you want to count Jews, look to the matzah! That's what was done in 19th century New York City. The Jewish population was estimated by the production of matzah! Our numbers were a minimum 40,000, using an average of five pounds a person. Of course, should some chazzers eat 10 pounds, the system is fapitzed ... oh, and the proper adjustments have to be made for egg instead of plain salted ... and…On second thought, better to use matzah balls. But then, are they sinkers or floaters, or ... never mind.

IS THERE A WRITER IN THE HOUSE?
This one, I got courtesy of Jay Leno and am "sharing" with my wonderful readers. On a particular night after Yom Kippur, Jay Leno encountered dead silence after delivering his monologue on The Tonight Show. Thinking fast, he quipped in an aside, "It's tough to get good jokes written during a Jewish holiday." So much for those who say there's no such thing as "Jewish humor!" (And no, I'm not telling which Jewish comics told me that.) 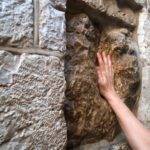 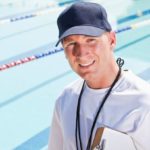 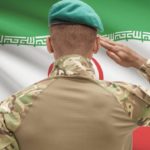 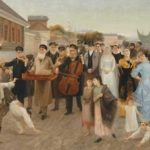 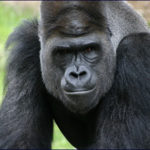 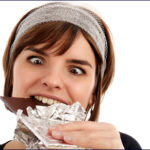