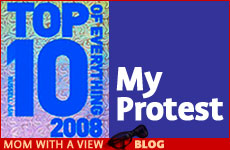 It's hard to stay silent against a bald-faced lie.

My kids like lists, books of lists. So when I saw The Top 10 of Everything 2008 prominently displayed at Barnes and Noble, I knew we had to take it home. It was right next to the Guinness World Records 2008 (Guinness, you will be relieved to note, has refused to have a "fastest surgery" category, erring on the side of safety). The Top 10 book was written by Russell Ash and published by Hamlyn, a British publishing company.

As predicted, the books were a hit, and everyone fought over them in the car on the way home (a sure sign of success and perhaps the beginning of a new advertising campaign!). Later in the evening one of my daughters was reading some of the lists aloud. It was like background music as I tried to sort through recipes, my mind only partially engaged. (Most successful movie biopic?...) Until she got to the largest Jewish populations.

This is something I care about, I instinctively responded, laying the details of Korean short ribs aside. She began to recite the places and numbers. The largest Jewish population in the world is here in the USA with Israel a close second. No surprises there. Next comes France, Argentina, and Palestine.

I sat bolt upright in bed. Palestine? No longer was this entertaining bedtime reading. "What's wrong?" asked my surprised daughter.

"There's no such thing as Palestine!" I ranted. "How dare they?" I raved.

I have such little outrage left these days. We are so constantly maligned in the press that I barely raise an eyebrow. But this one got to me. An out-and-out lie. A creation of a state that doesn't exist. Not in an opinion piece. Not in a temporary blog or newspaper article. In a book. A book that will probably be ready by millions of impressionable children. And impressionable adults.

How do you function in a world where lies are given the credence of truth? Who should I speak to? The publisher? Barnes and Noble? The NY Times letters page? Where can I express my pain and outrage? After my family experienced the full brunt of my fury, I had a realization. I happen to have a blog; I could write about it here!

It's hard to argue with individual opinions. But against a bald-faced lie it's hard to stay silent. I can't accept that distorted view of reality being propounded in mainstream publications. And worst of all, I can't allow my children to believe it. I can't allow anyone's children to believe it. If lies can so easily become ‘truths', I fear what may be next.

Lies, repeated often enough, start to take on the appearance of veracity. It has been the talent of the ‘Palestinians' (the very term rankles) and the Nazis to take advantage of this psychological fact.

Honest people have limited recourse against an adversary who will regularly and routinely lie to achieve his goals. With the frequent support of the British press and now, it seems, their publishing houses.

But honest people cannot always remain silent. Silence is interpreted as acquiescence (although it may just mean despair!).

We have two options -- the practical and the spiritual (not to suggest that the spiritual is not practical). In this world, we need to protest -- to the publishers, the book stores, the newspapers. The world needs cold hard facts, a reality check. We need to harness our talents and resources to combat the all-too-effective Arab propaganda machine.

In the spiritual realm, we need to plead with our Father in Heaven to bring clarity to His world and all His children, to peel back the layers that obscure reality. To reveal Himself and His truth. We live in a time when the Almighty hides His face. The printing of lies is a wake-up call. We can't tolerate the distortions and untruths. We need to beg the Almighty to open up the clouds. A world of lies is a world of darkness. It is insidious and dangerous. We need the light of Almighty and His Torah.

We need to protest. We need to let the publisher (who probably won't listen) and the book stores (who might) know what we think, know what is real. And we need to let our Creator know that we have been roused out of our comfort. And that we need His help. And if you ever want to know the top 10 Olympic Canoeing countries, don't buy that book to get the answer.

You can email your protest to Hamlyn, the publisher, which is a division of Octopus Publishing group at: info@octopus-publishing.co.uk

Empathy and My Broken Collarbone

6 Educational Principles from the Passover Seder

The Family Dinner
Should I Break Up, Get Engaged or Keep Dating?
Time Is Your Precious Commodity
A Constant World in Flux
Comments
MOST POPULAR IN Family
Our privacy policy