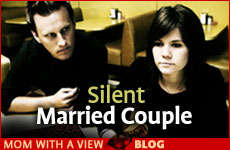 Why the couple in the restaurant aren't talking to each other.

It's an old cliche that you can identify the married couple at a restaurant because they're the ones not talking to each other. They have long ago run out of things of say.

I have decided that the married couple is a much maligned species. The other night my husband and I went out for dinner as a belated anniversary celebration. The setting was elegant, the food delicious and the conversation...well, a little stilted, a little stop and start.

Oh no, I thought. We've reached that point. It must be that 24 years is the maximum amount of conversation allowed a couple and we have fulfilled our quota. All that's left are the details -- complaining about bills, jobs and children.

Yet when we left the restaurant, after the obligatory moaning about having overeaten, conversation burst forth -- spontaneous, animated, intimate and unending.

Which is when I decided to defend the married couple. It's not that we frequently don't speak in restaurants because we have run out of things to say, but rather because when you know someone deeply, when you have shared life's most profound moments, you can't revert to social chit chat. And the kind of real conversations that married couples have don't belong in a public forum.

They're too private, too intimate, too sacred. Who can I talk to, if not my husband, about whether I am fulfilling my life's goals, whether I have any regrets, how I see the future. But it's not a conversation I want interrupted by, "How is your steak?"

If my husband wants to discuss new ideas and challenges, thoughts about what it means to be a husband and father, accepting the inevitable aging process gracefully, "Would you like pepper with that?" is a grating note.

For busy couples, a night out is an important break. It's good to try not to talk about the children. But I sometimes find that once we "break free" from the house, the dialogues we have about our children (not always easy to practice what you preach) or ourselves can be so impactful or serious that tears may result. Which makes it harder to face that smiling waitress with the dessert tray.

So I think that perhaps it's safer to keep the conversation superficial, to just enjoy the break and the relaxed moments, and know that the real issues that unite us can be discussed in the car on the way home, in privacy where they belong.

Maybe married couples have a greater sense of separation from others and want to preserve this intimacy by not making their private lives public fodder. (Of course the person one table over is eavesdropping!) I have stopped condemning or scorning these silent couples and begun to applaud. 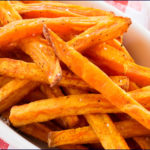 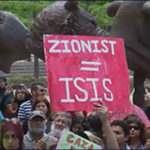